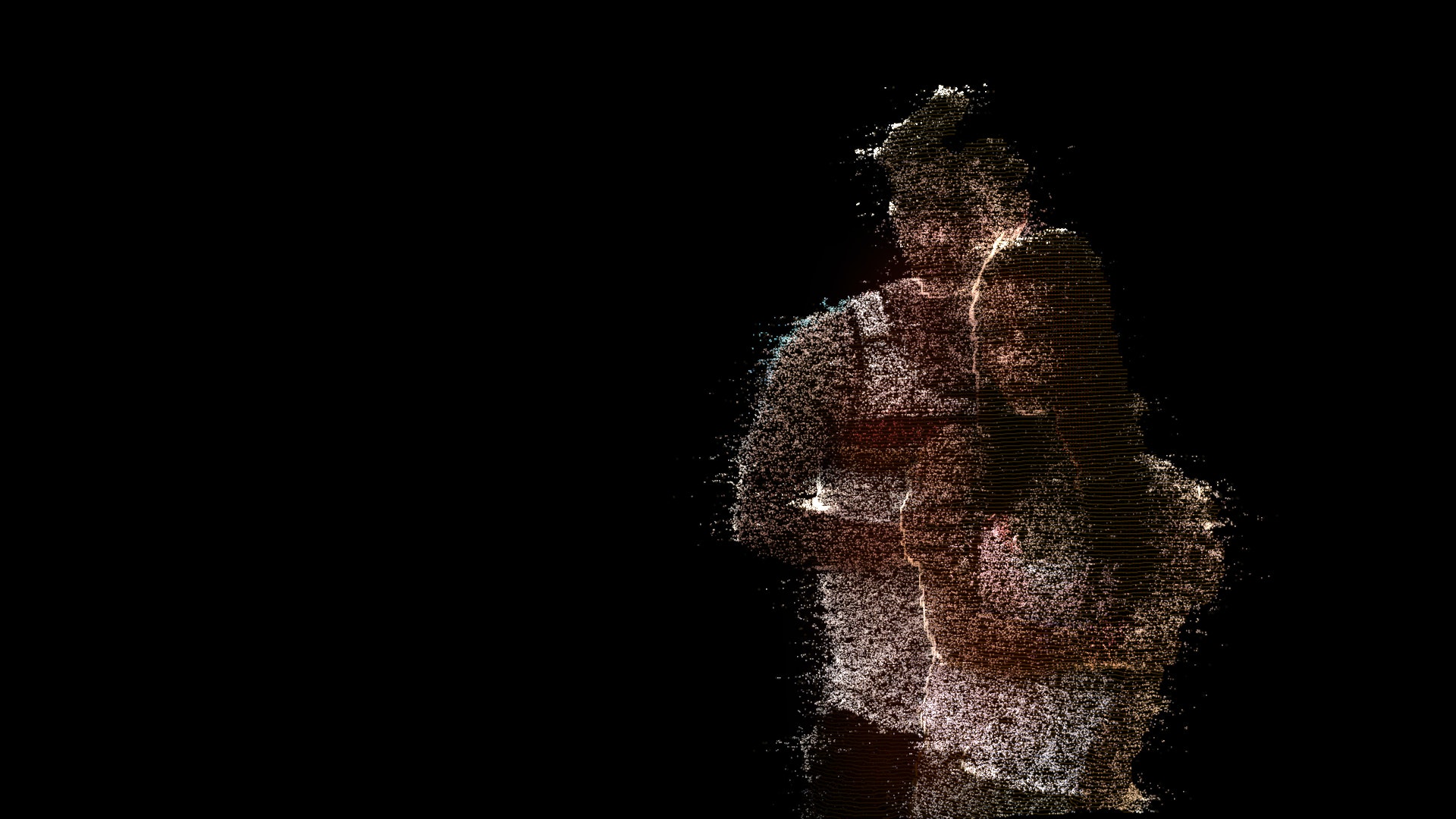 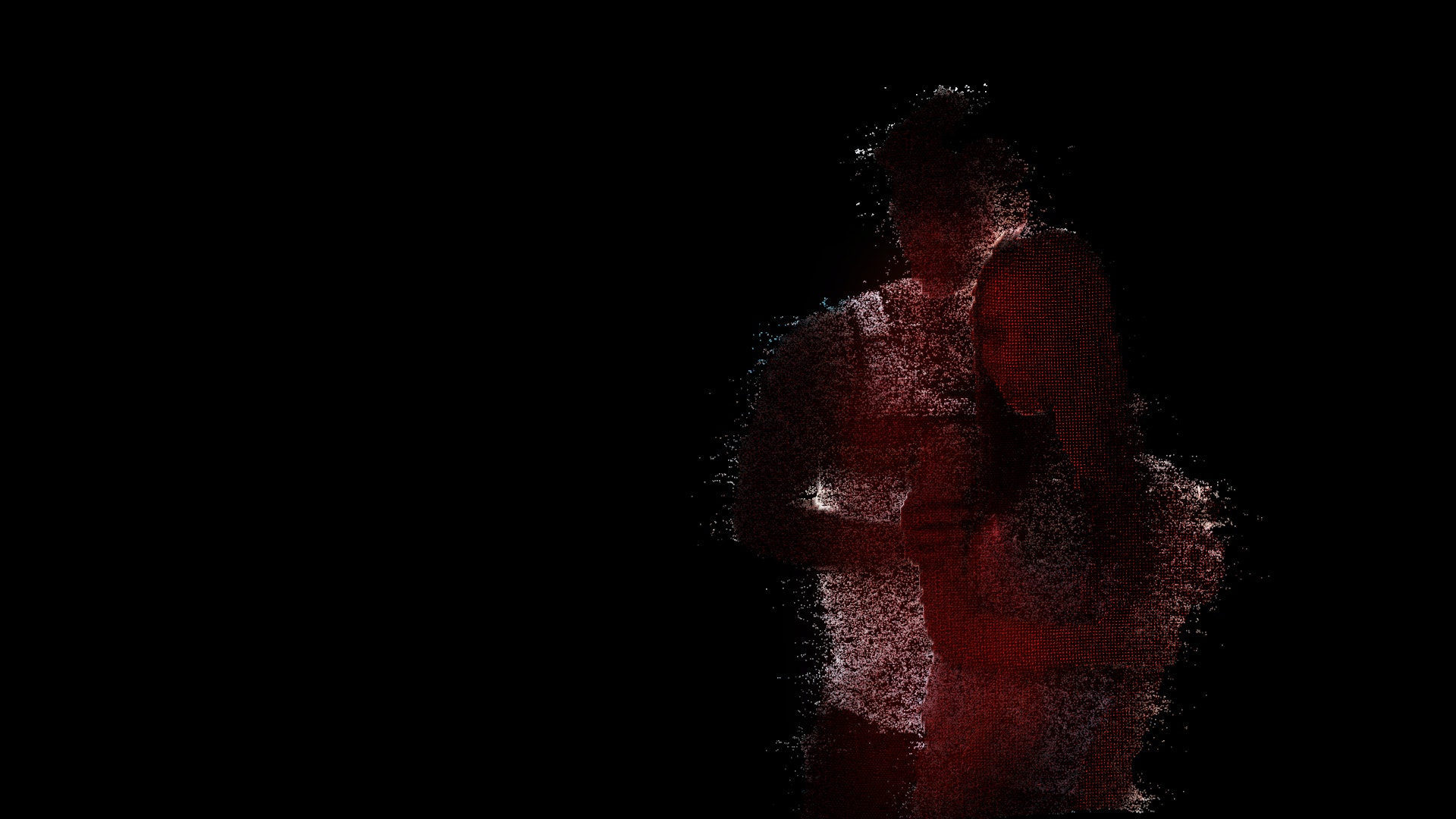 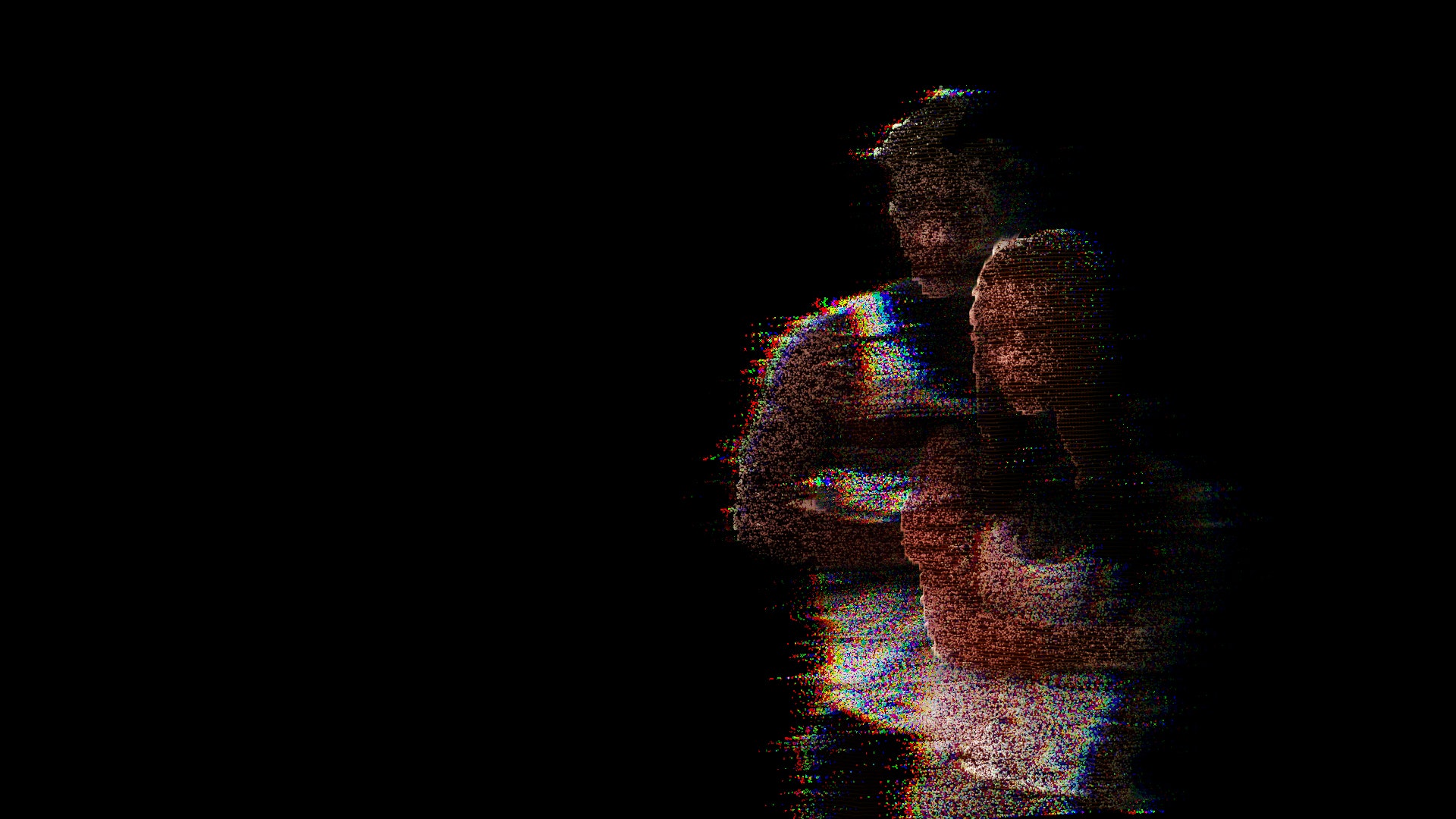 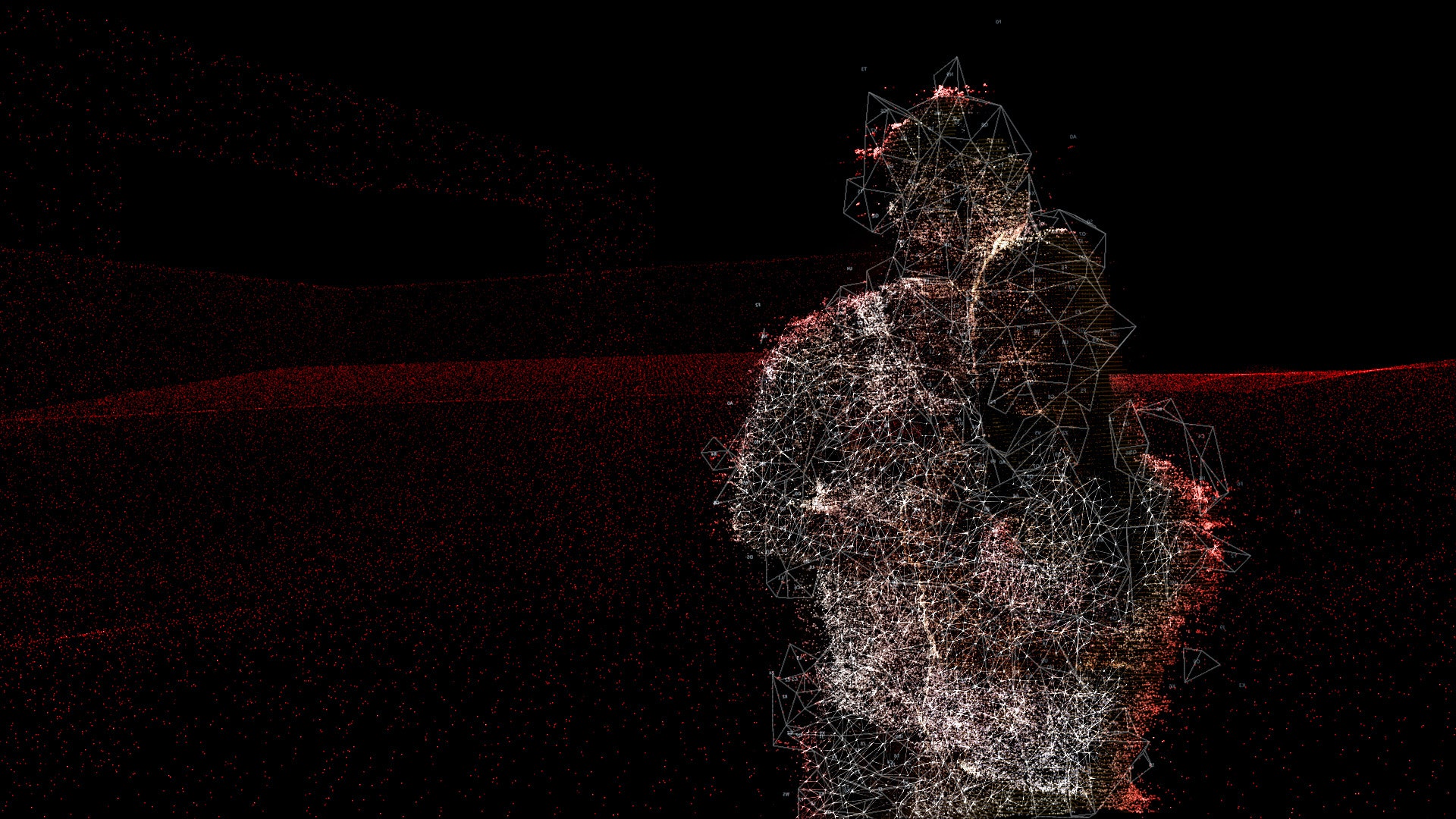 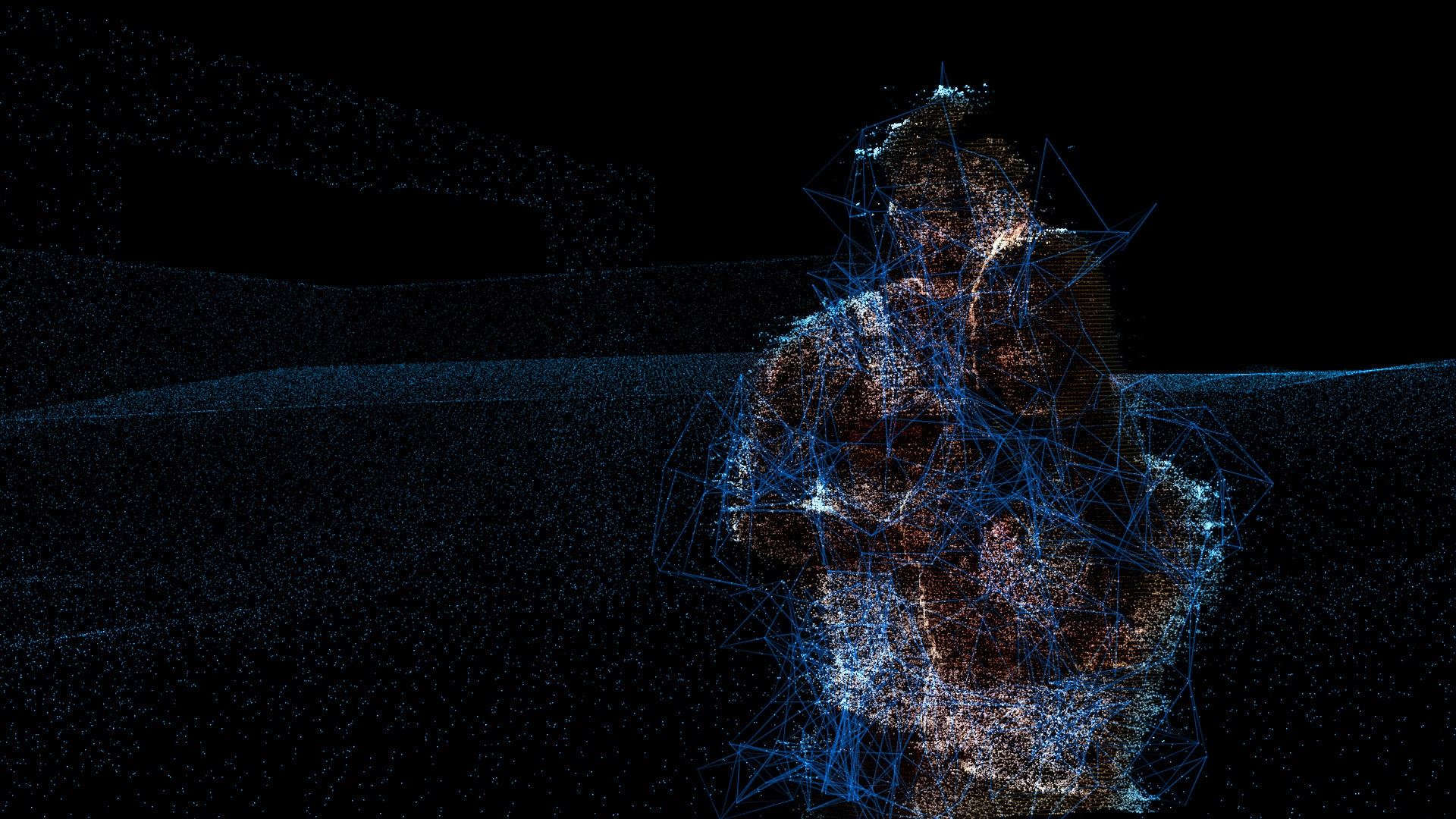 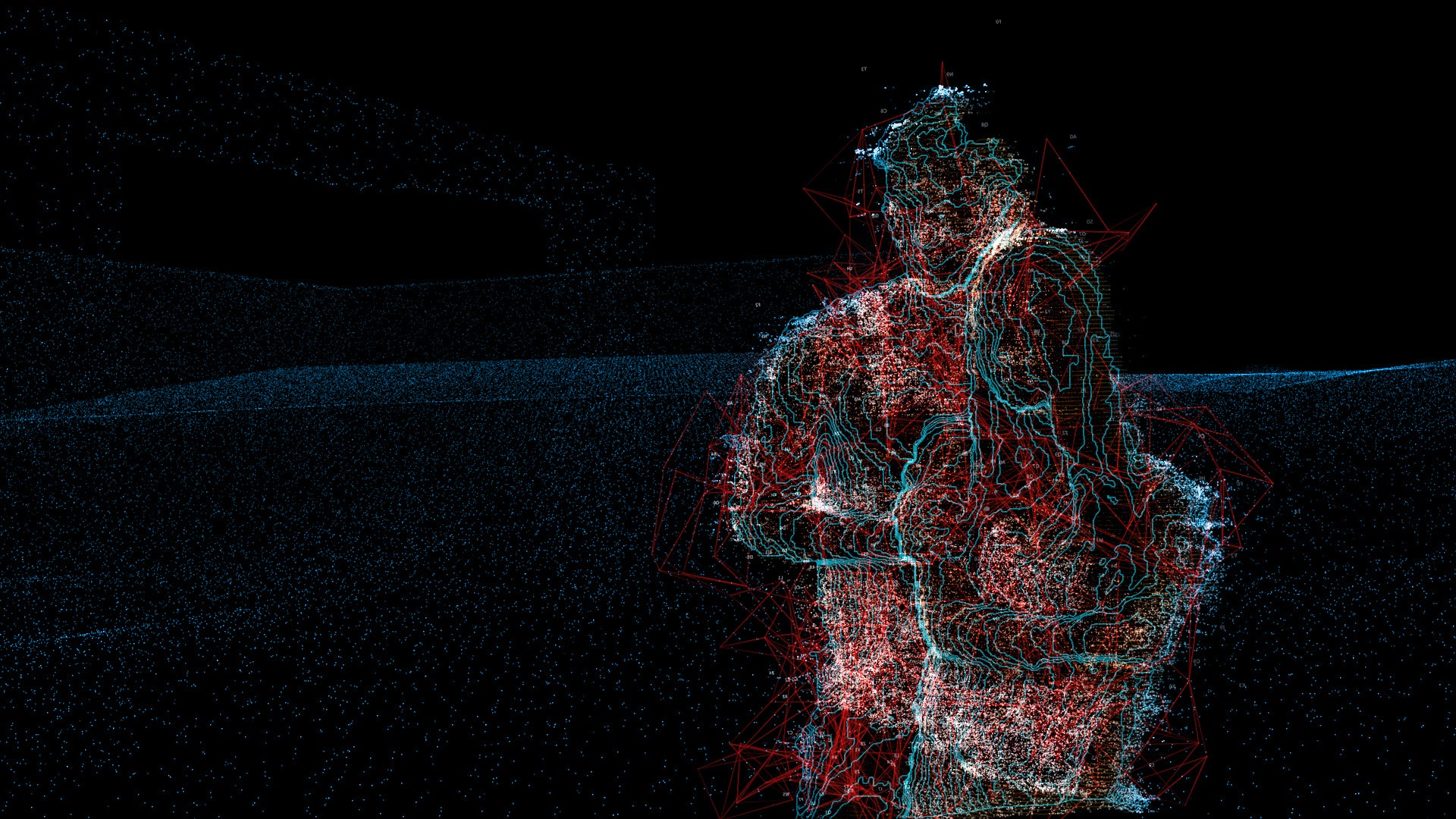 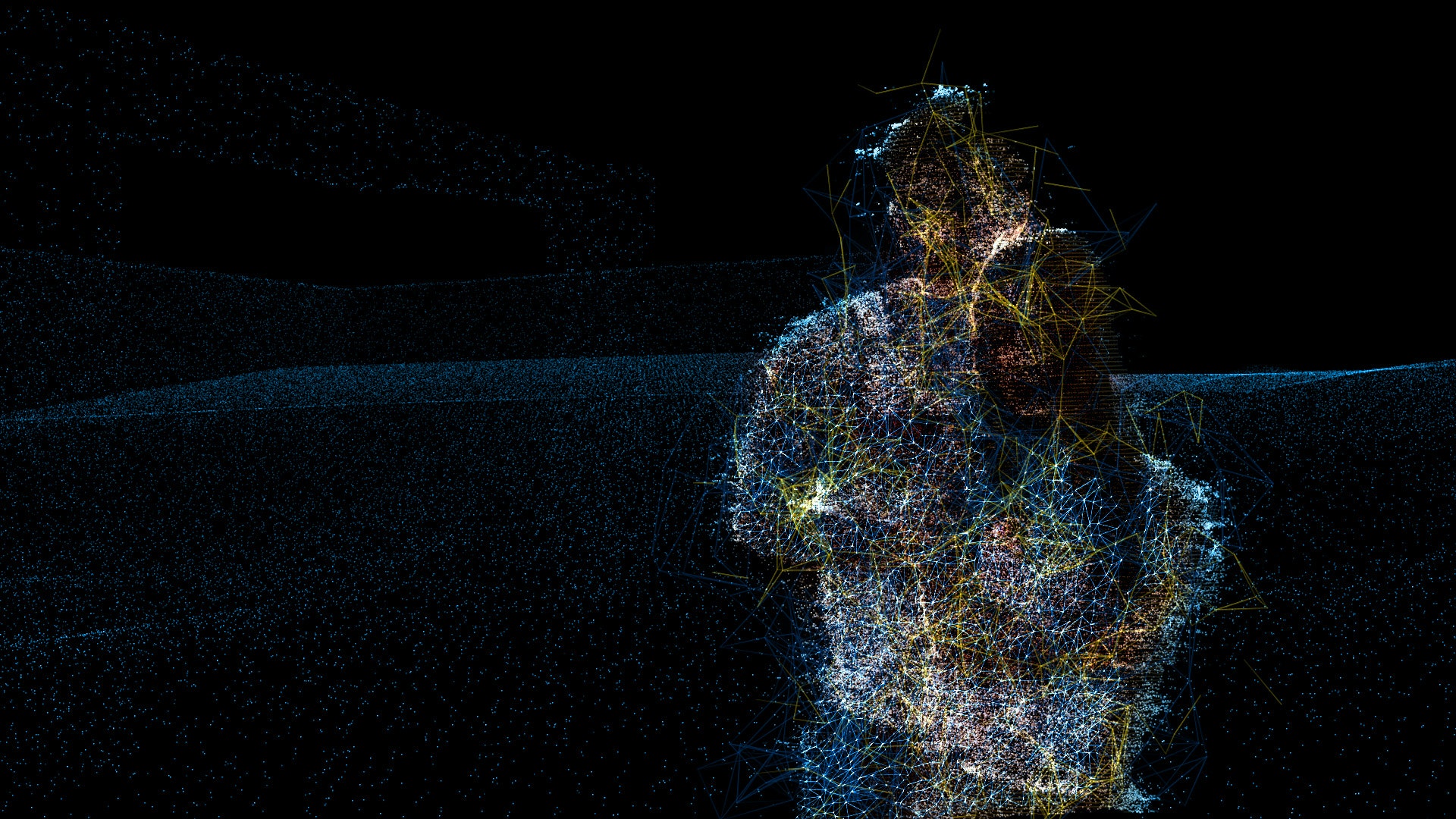 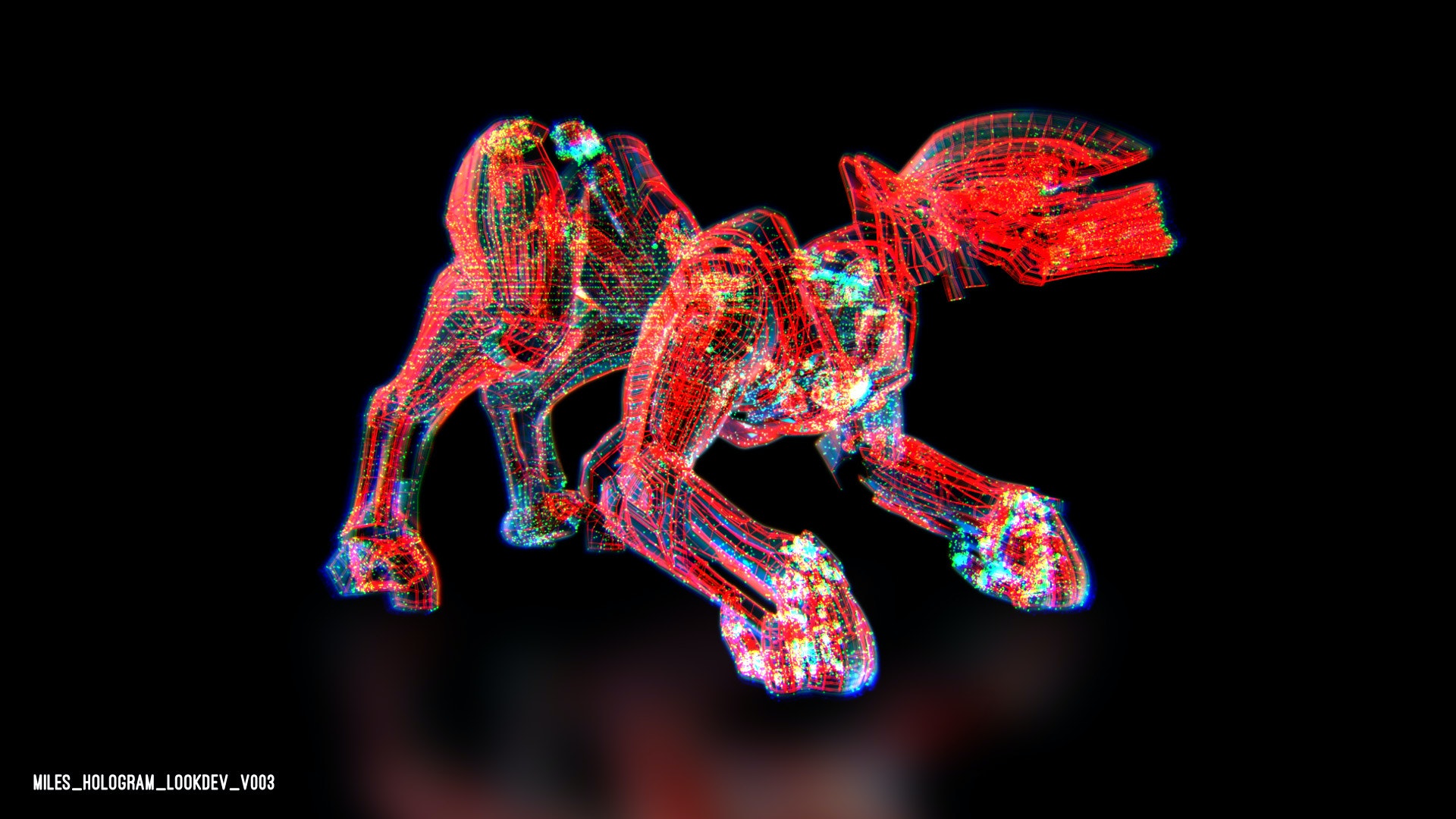 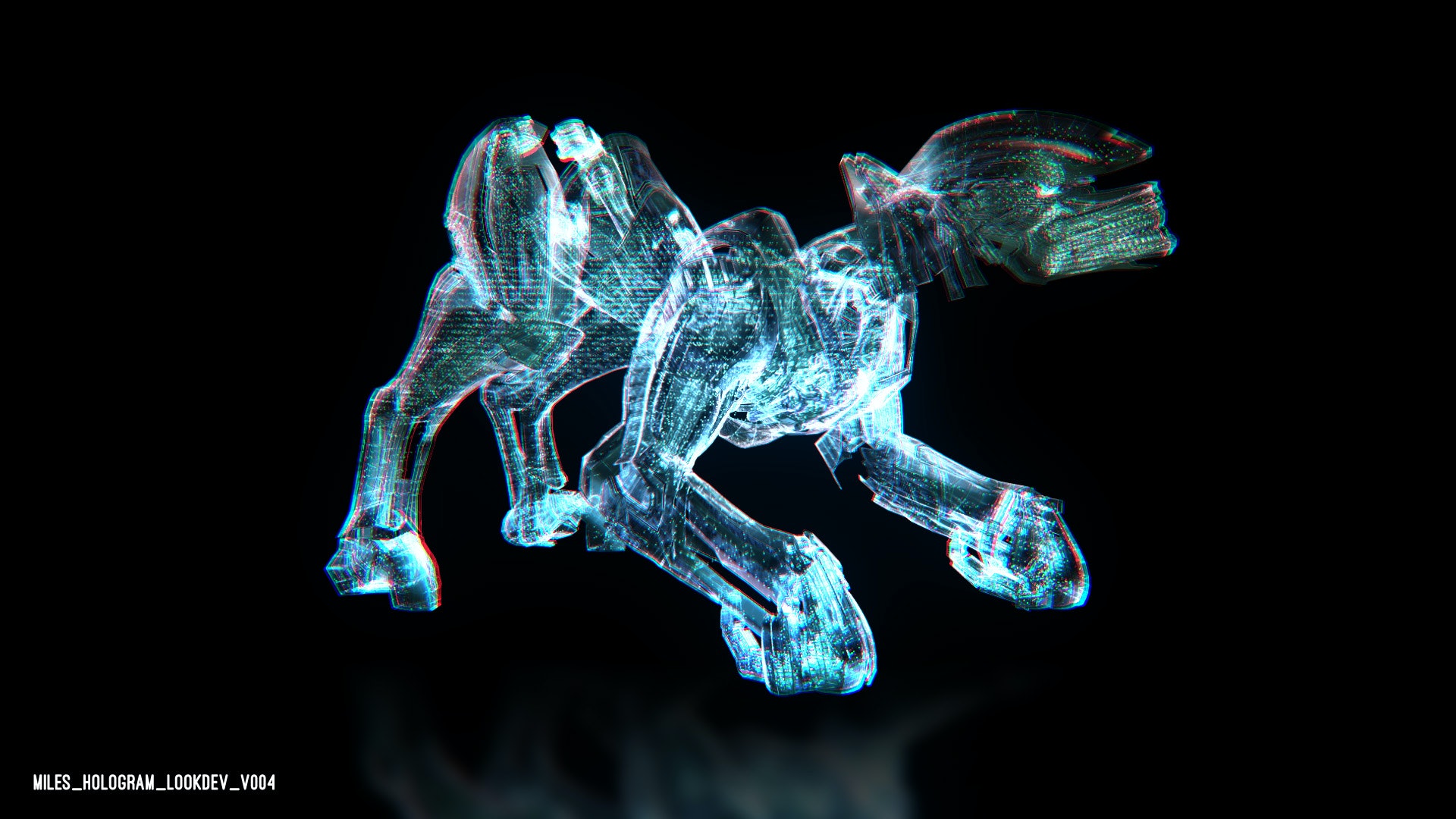 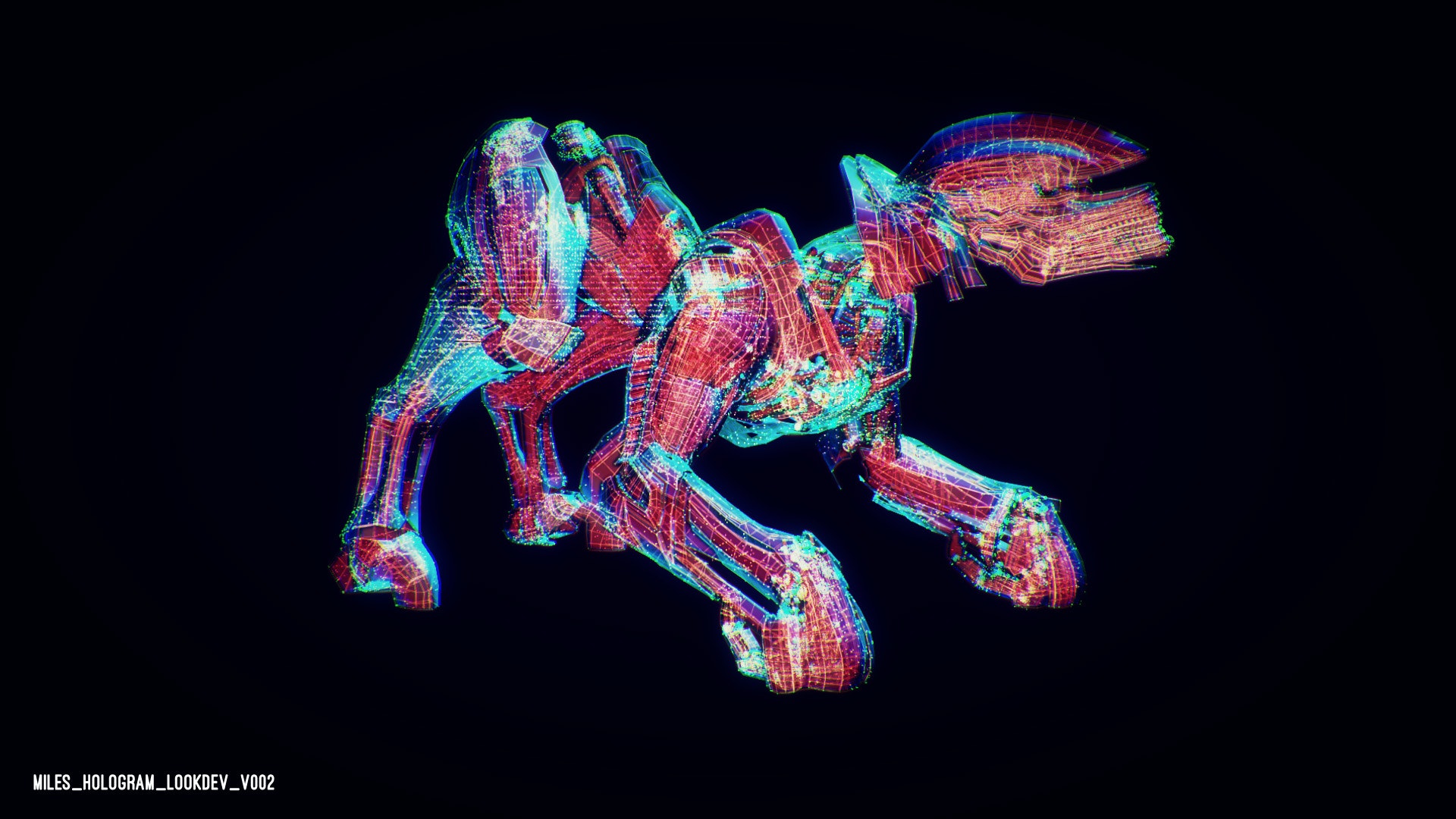 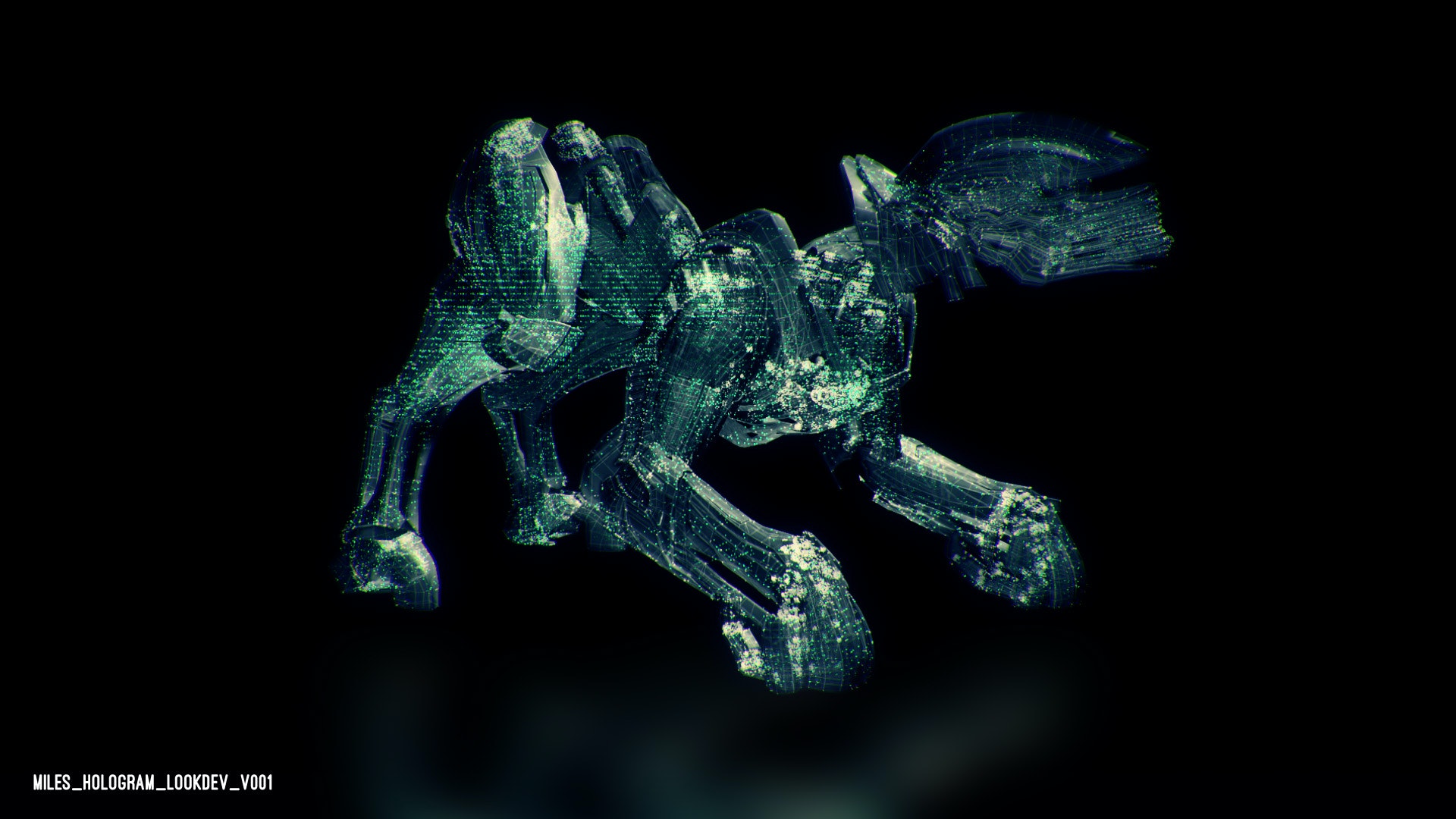 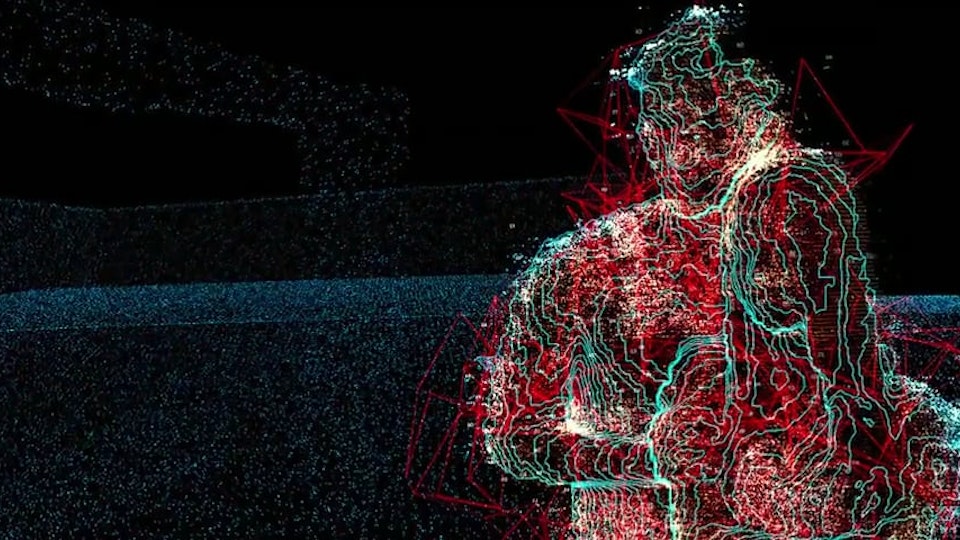 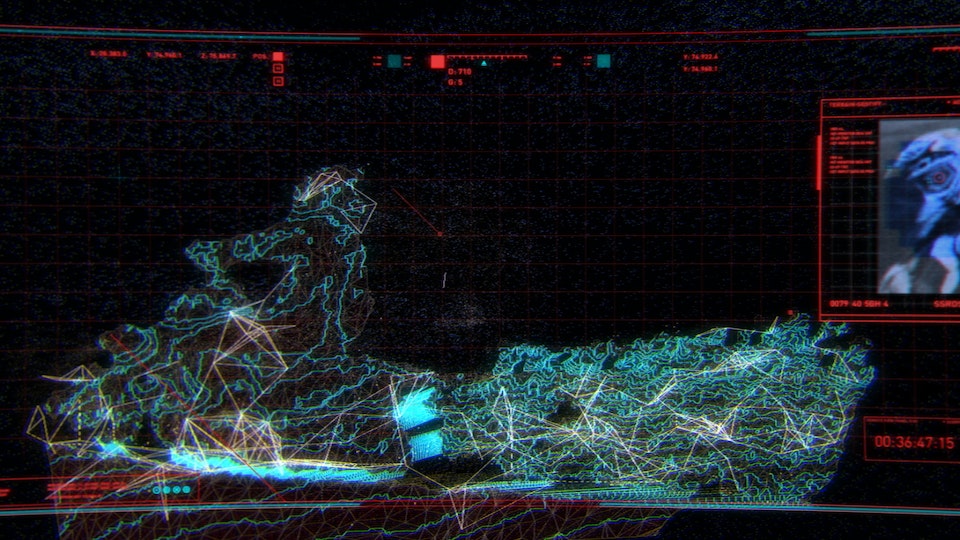 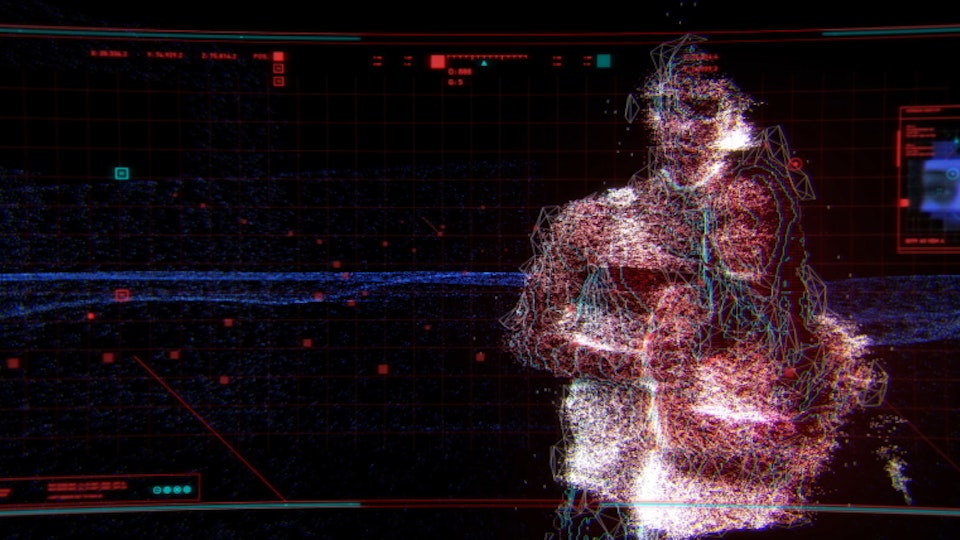 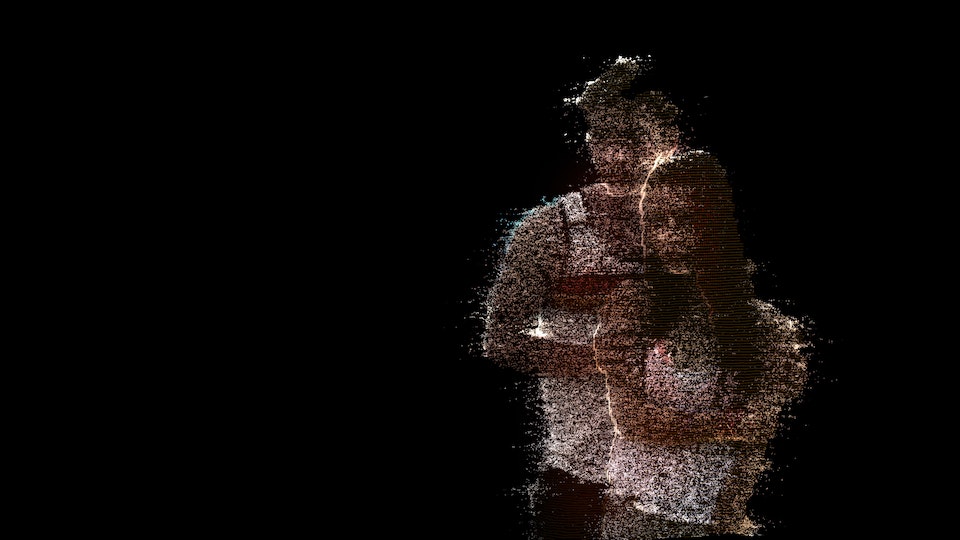 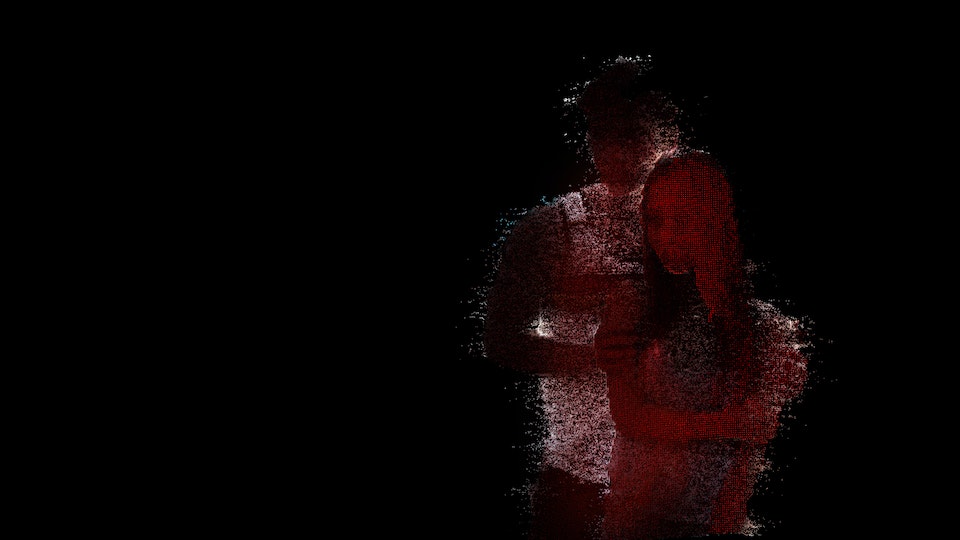 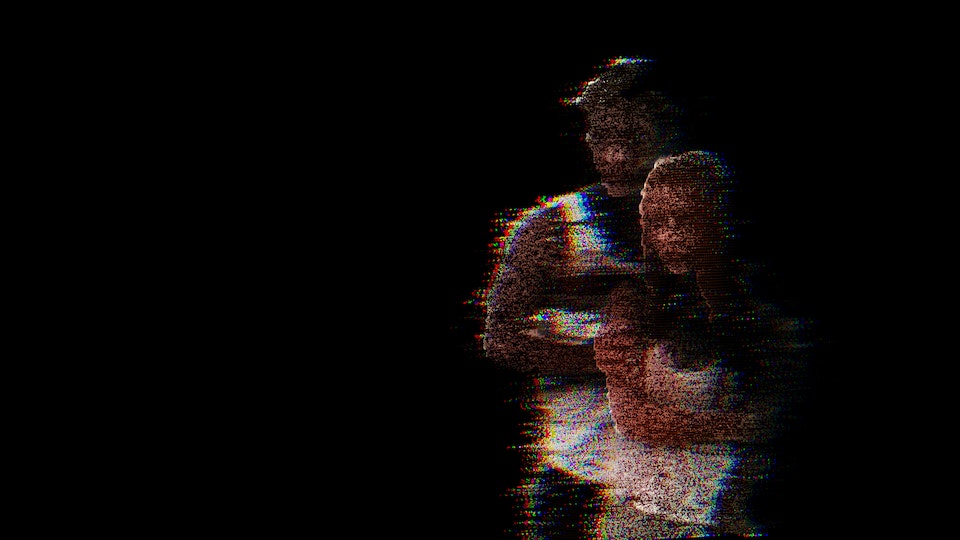 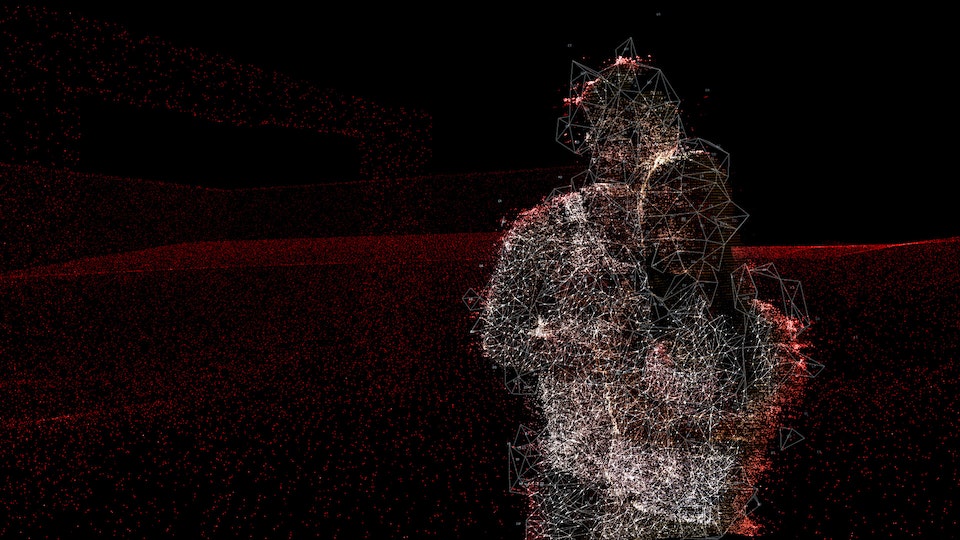 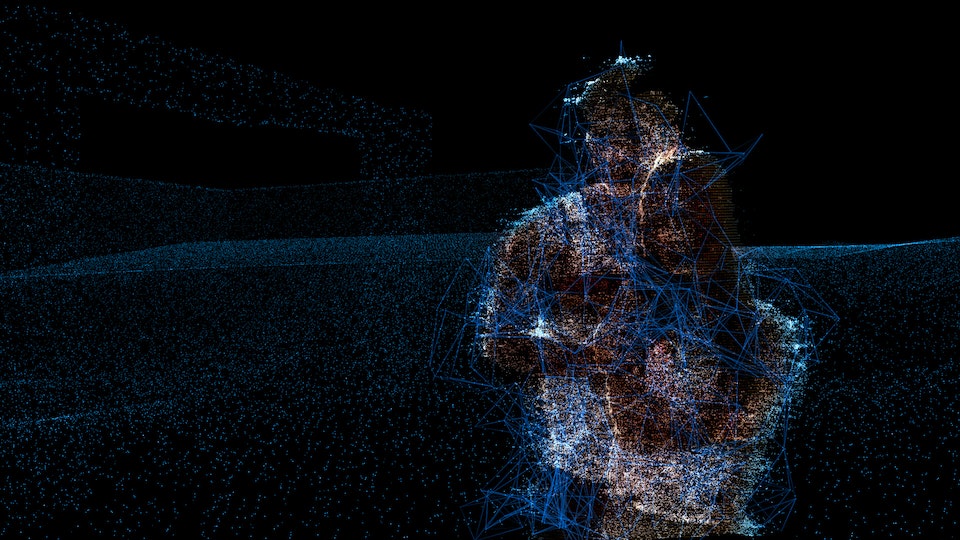 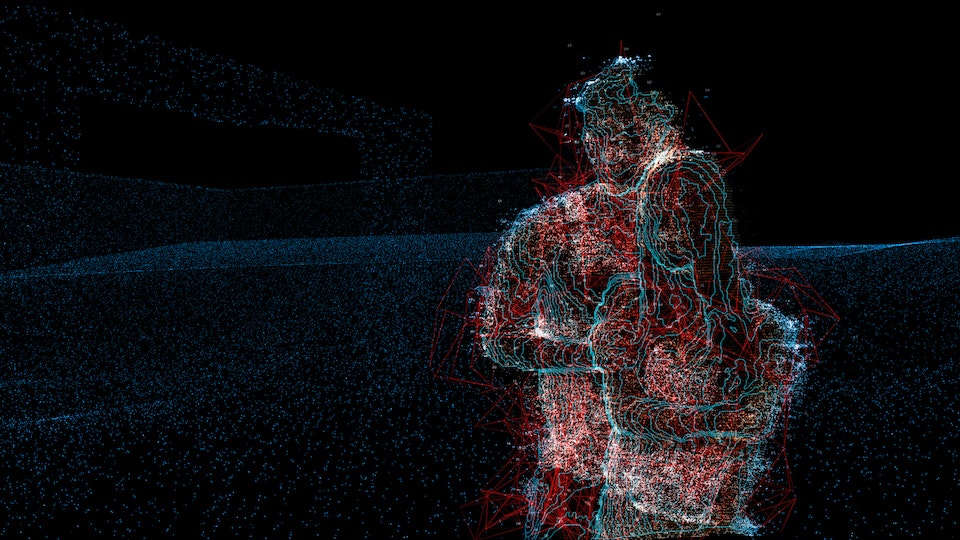 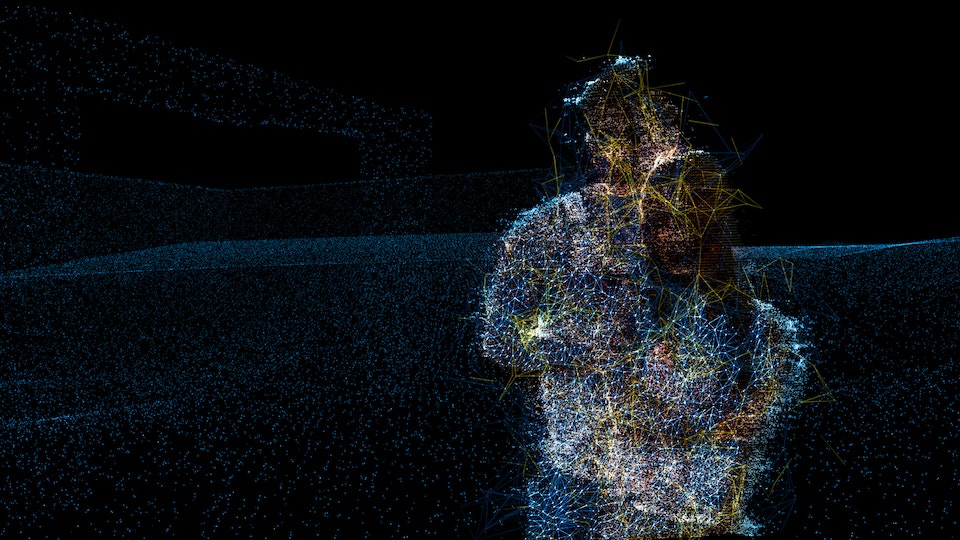 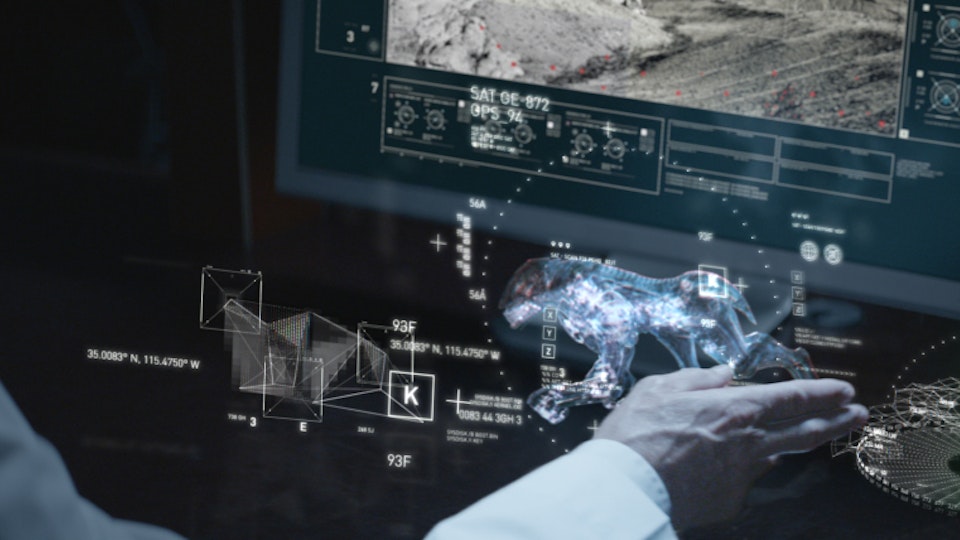 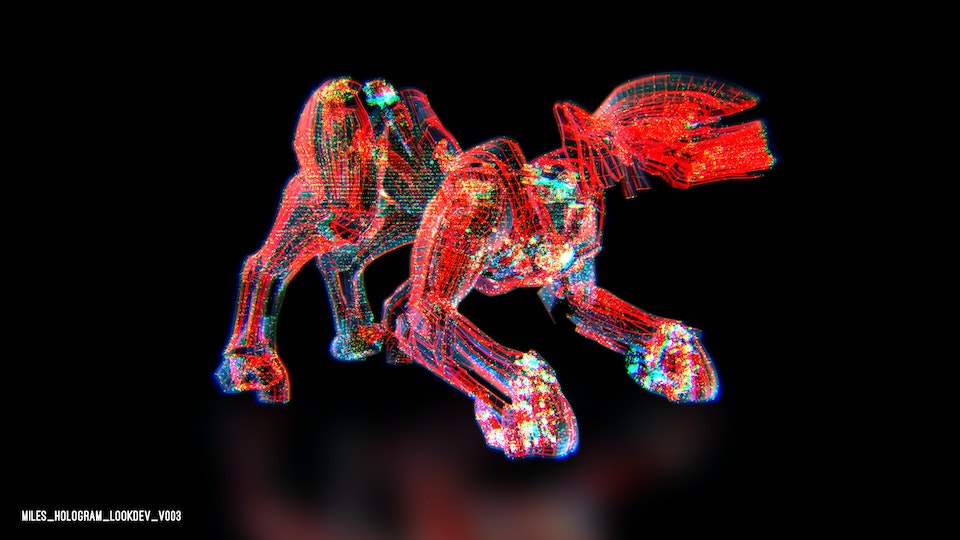 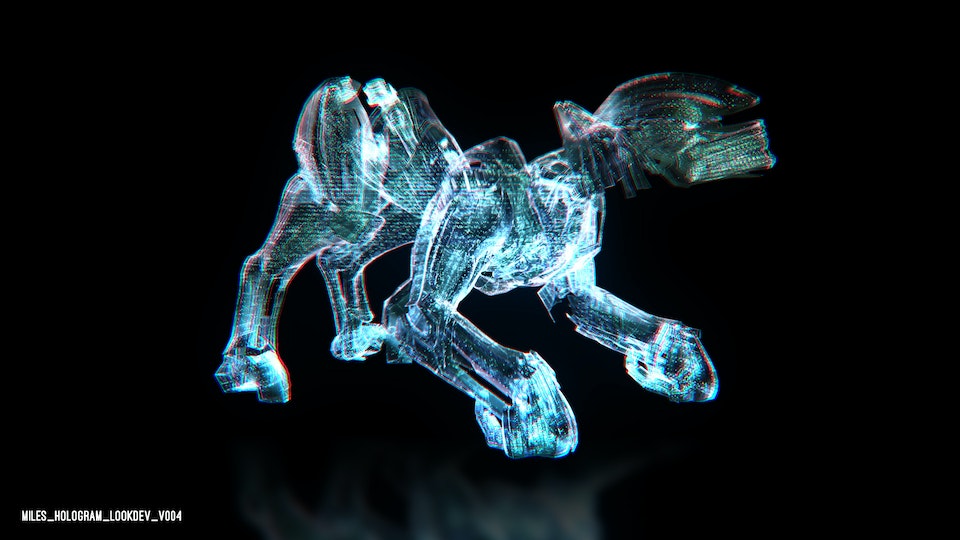 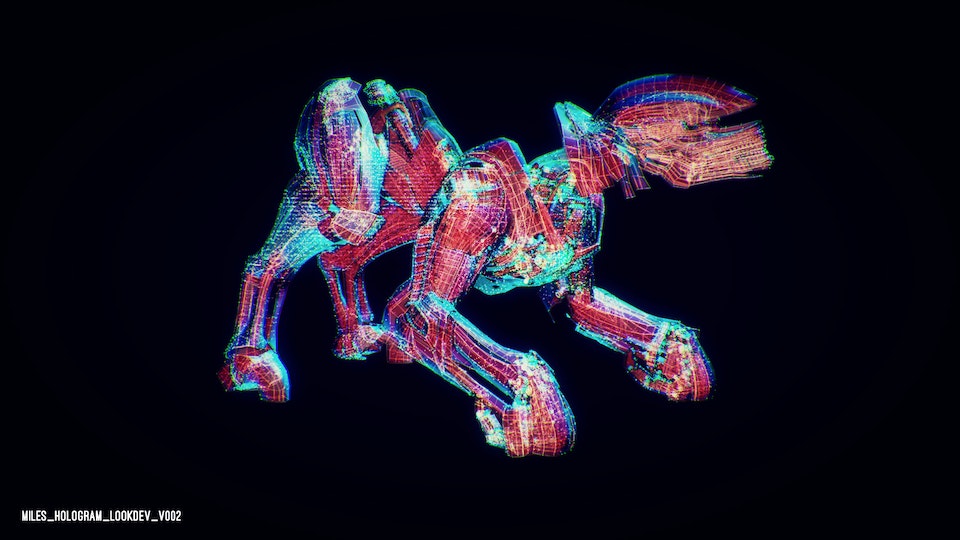 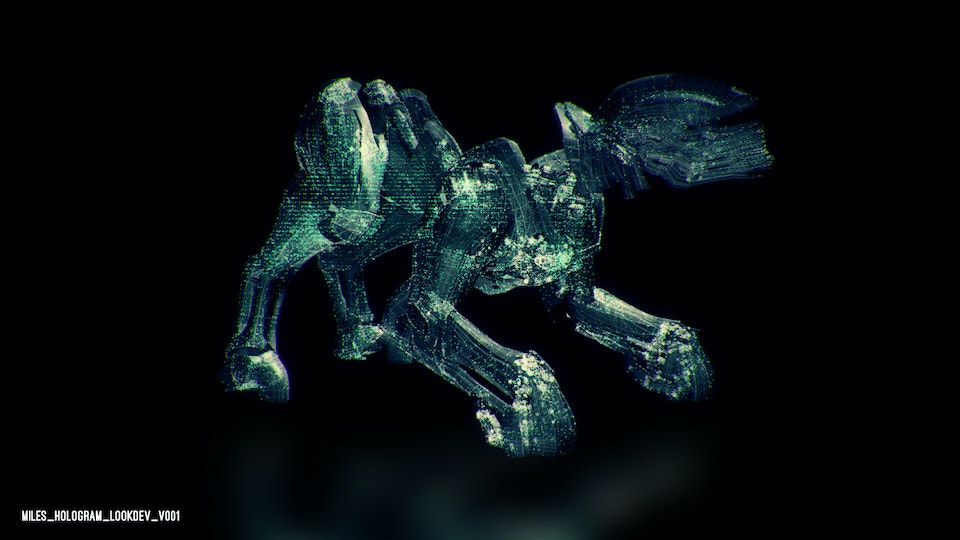 On Miles I developed the concepts for the robot UI based on the director's ideas using the data provided by Andrew Gant's depth kit explorations. My idea was based around the notion that perhaps near-future military AI would perceive and process the world in a less human-readable form, and the visual concepts are exploring that aesthetic. After the inital concepts we developed the look further based on Oliver Daly's requirements and finalised a look that could be deployed on the four AI shots I have worked on.

The look was utilizing various particle simulations, volumetric renders and line-based renderings using X-Particles, and Cinema 4D's Sketch and Toon. I also developed the holographic look in the 3D UI seen in other shots of the short.