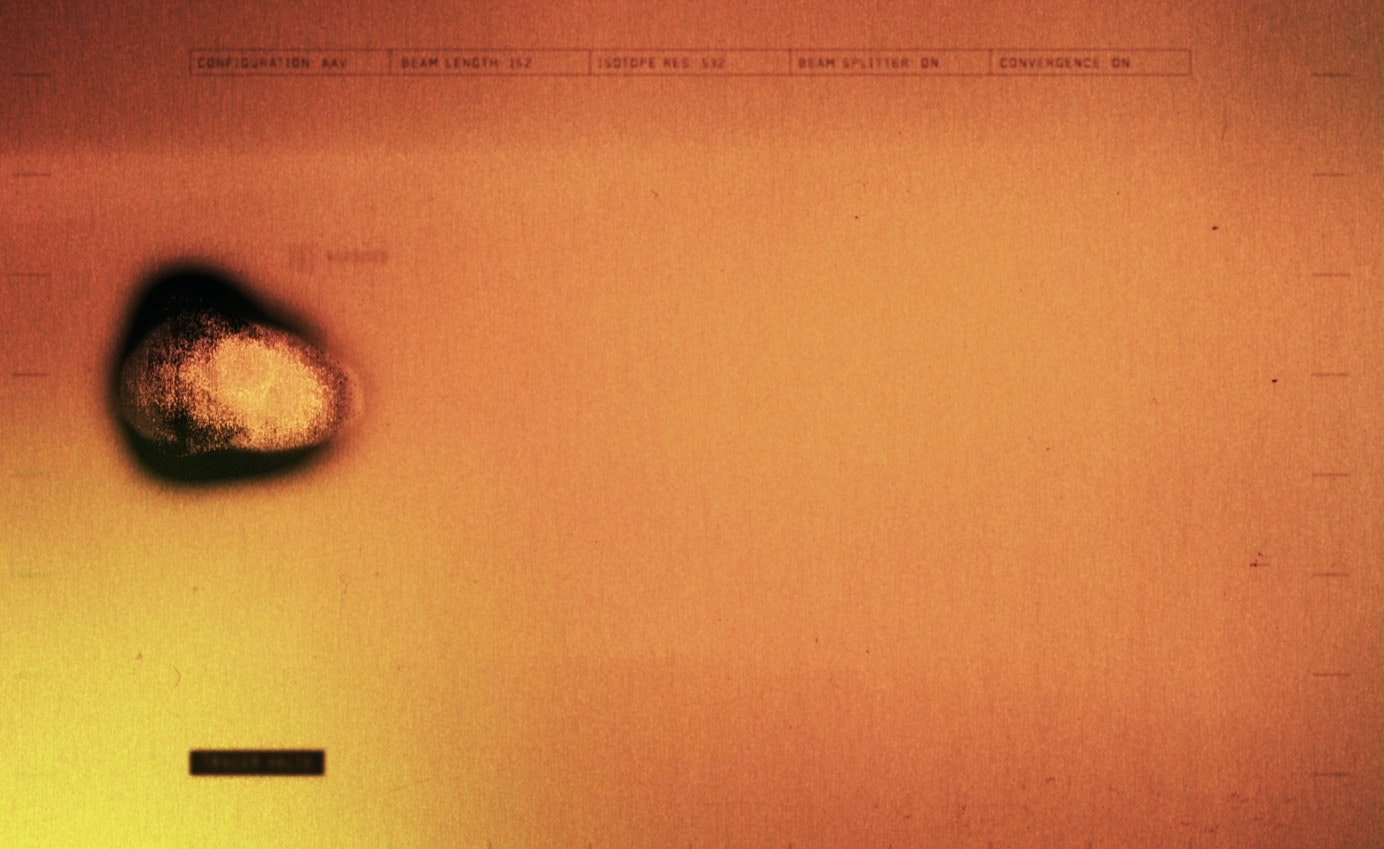 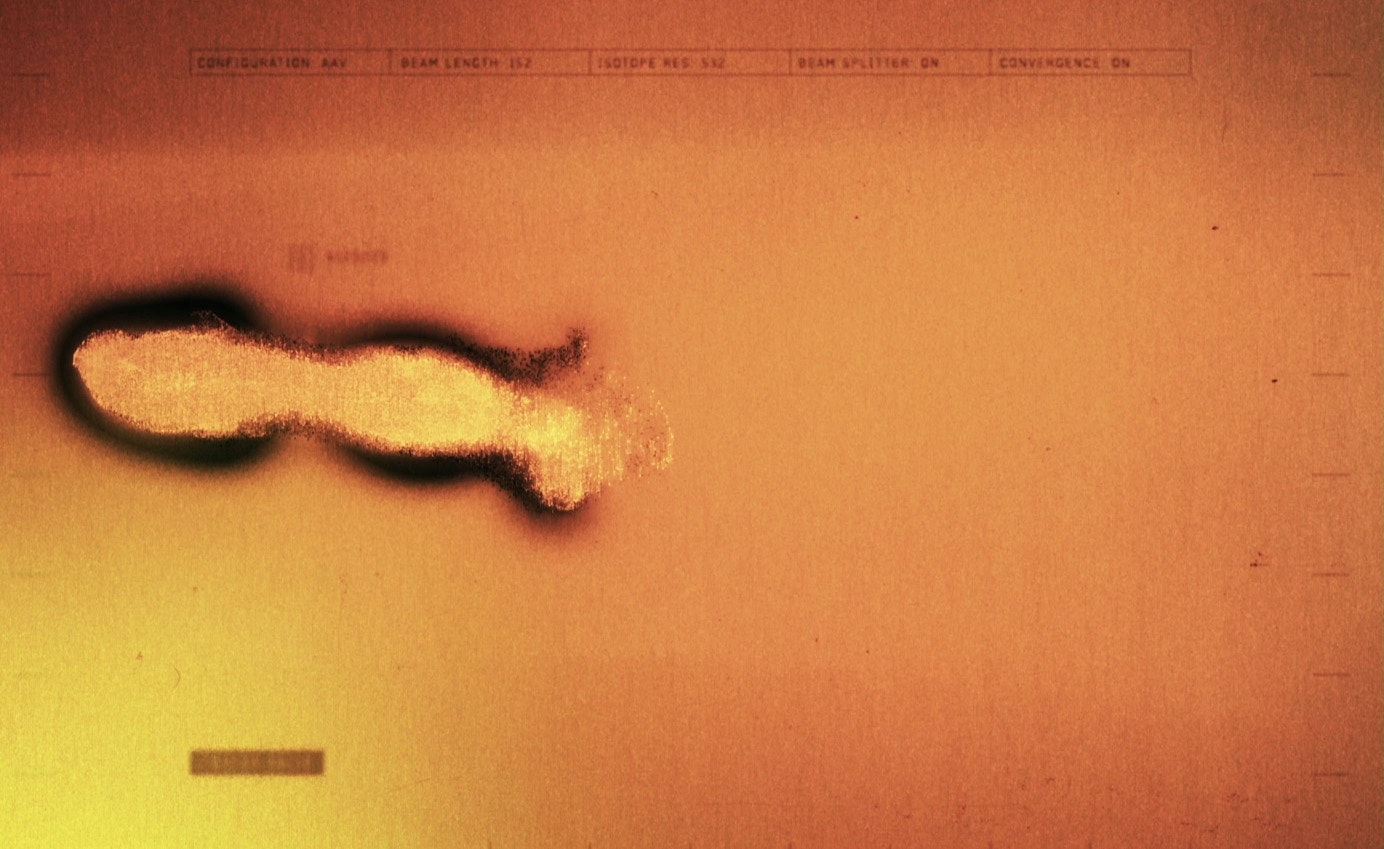 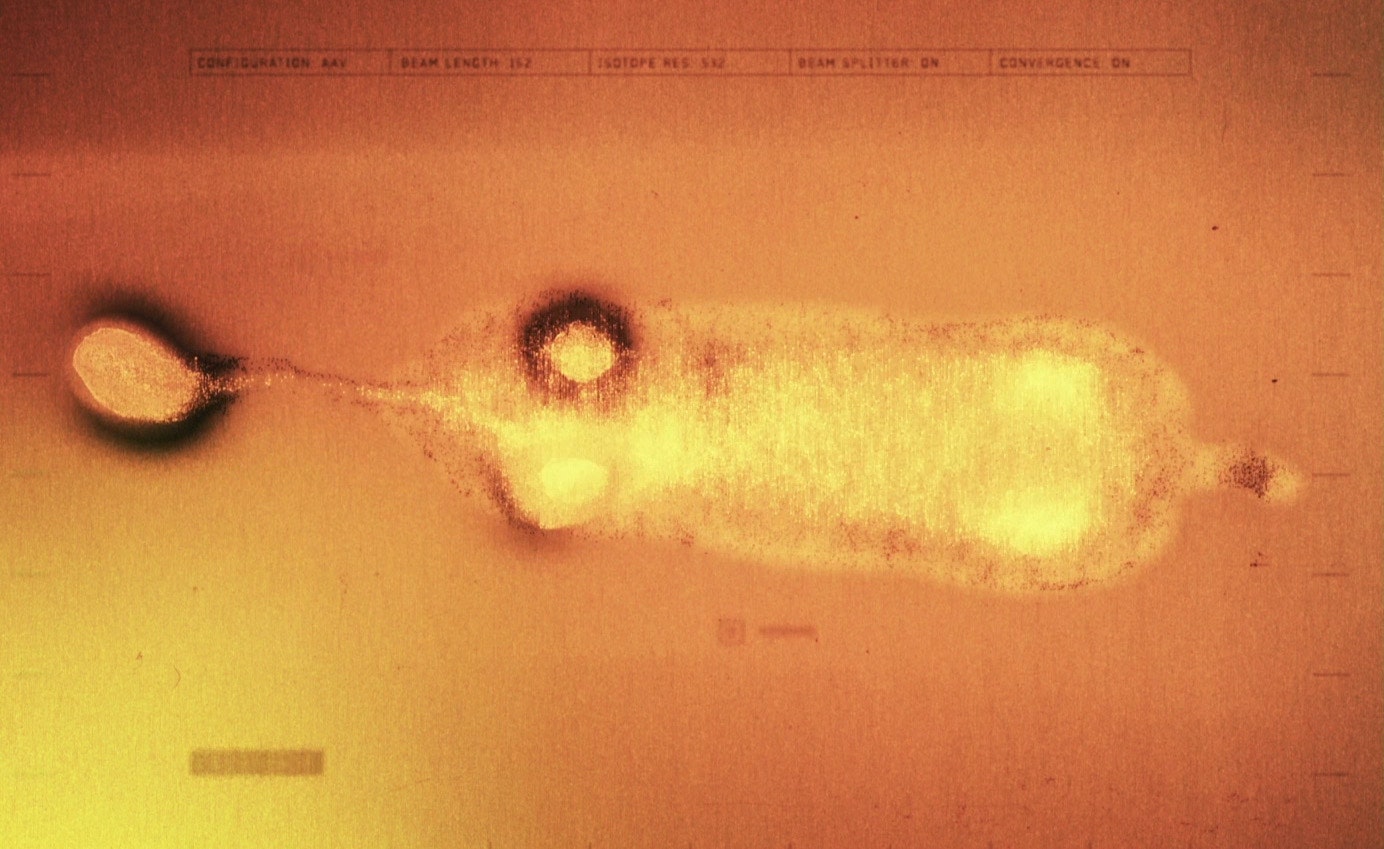 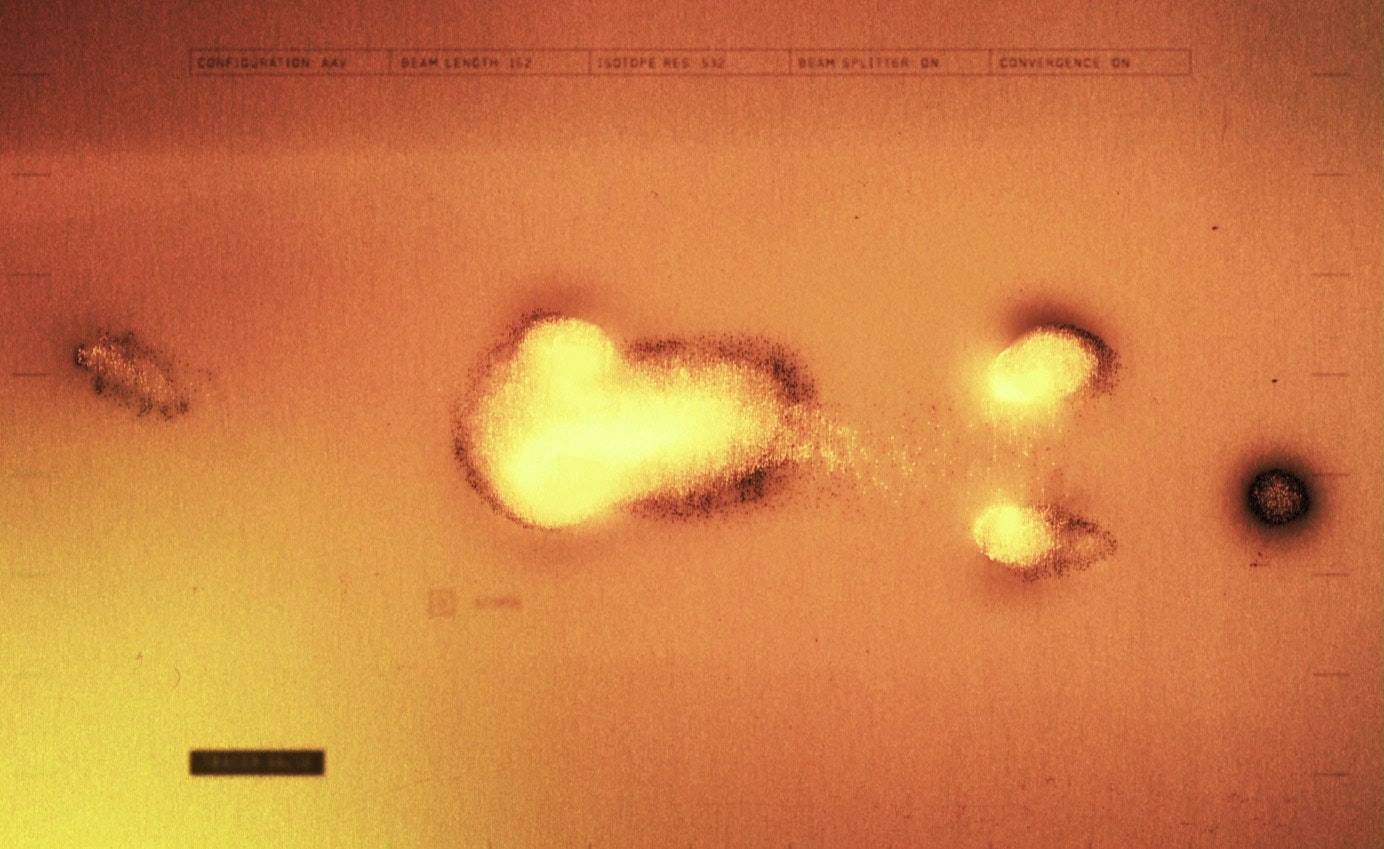 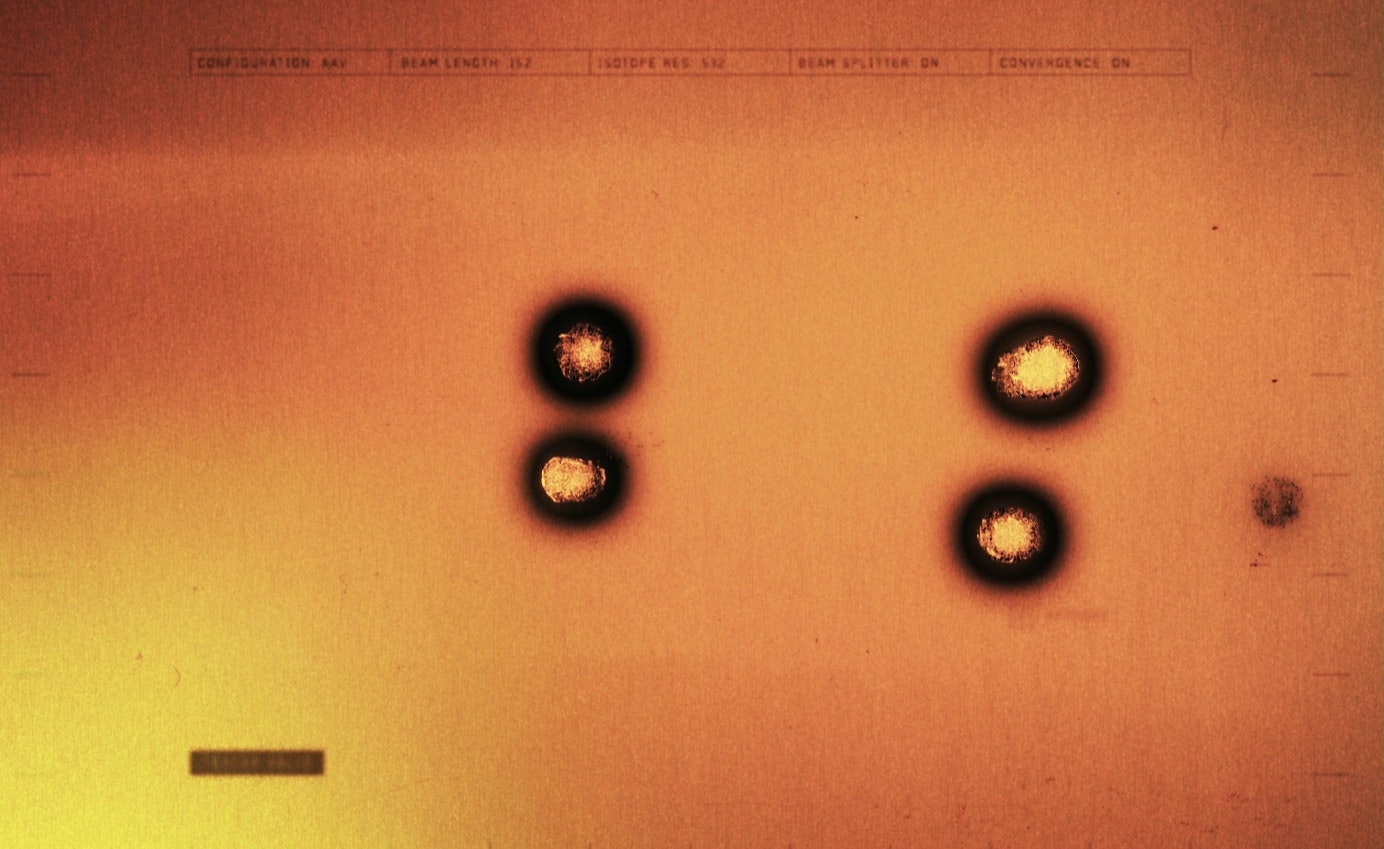 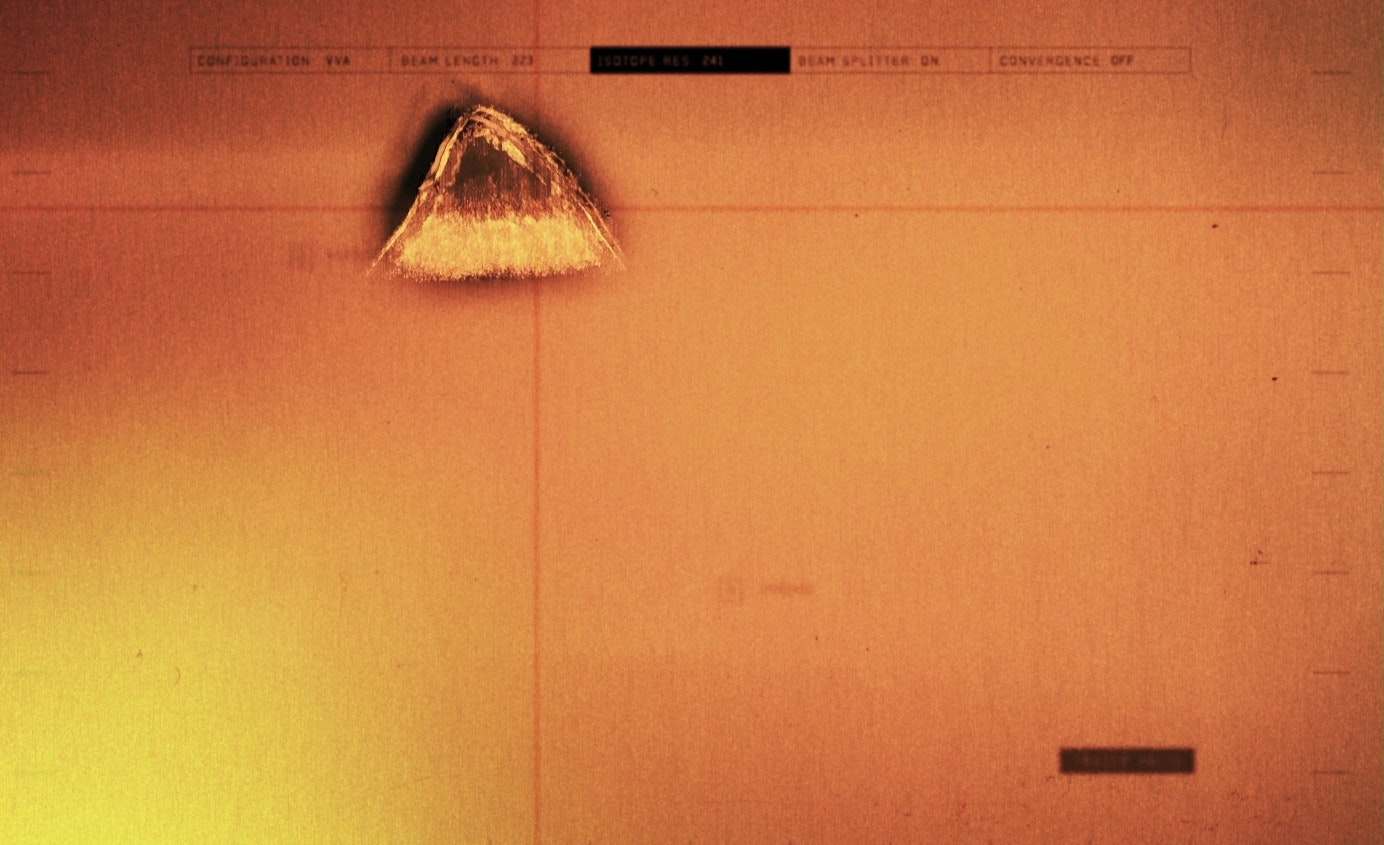 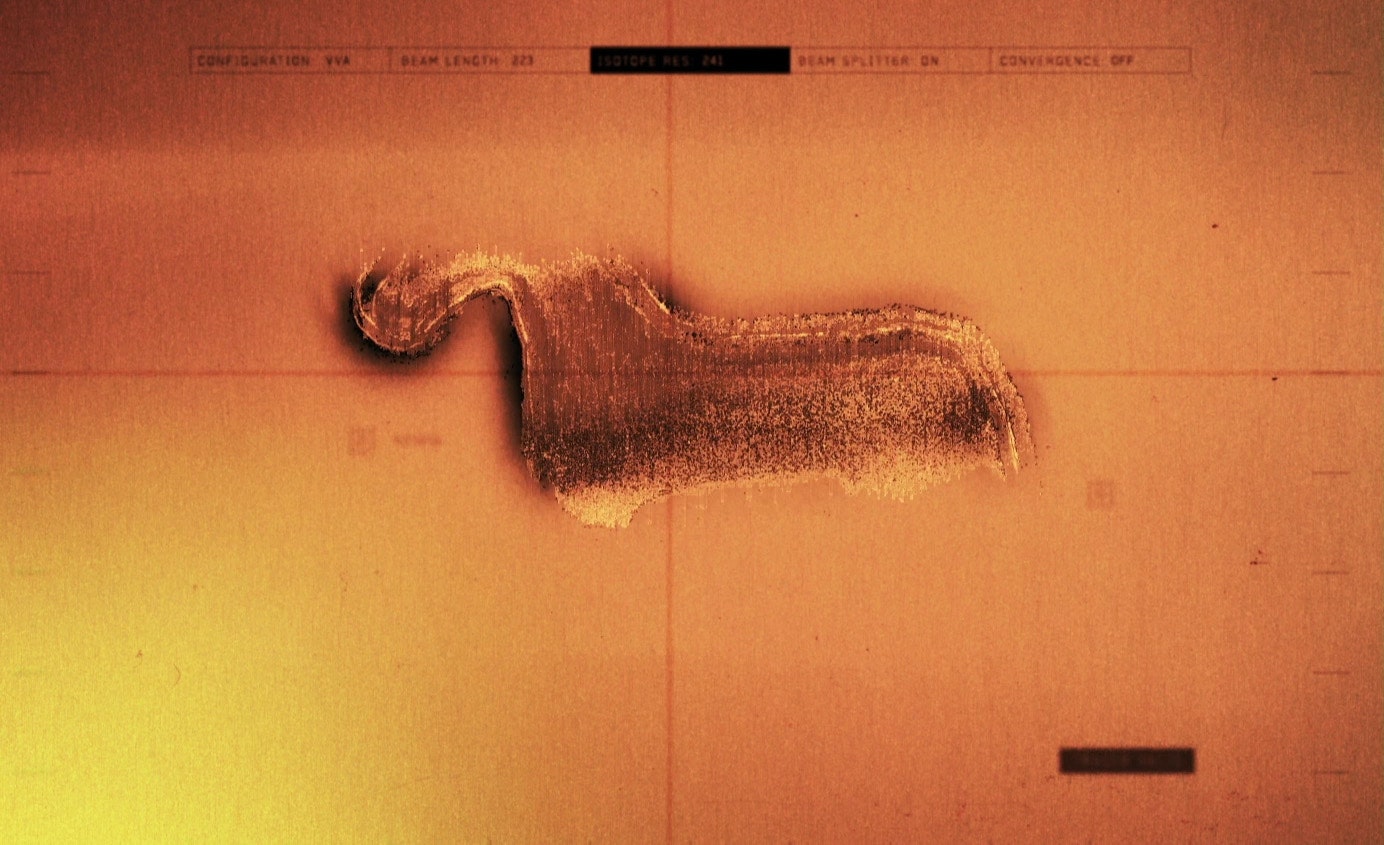 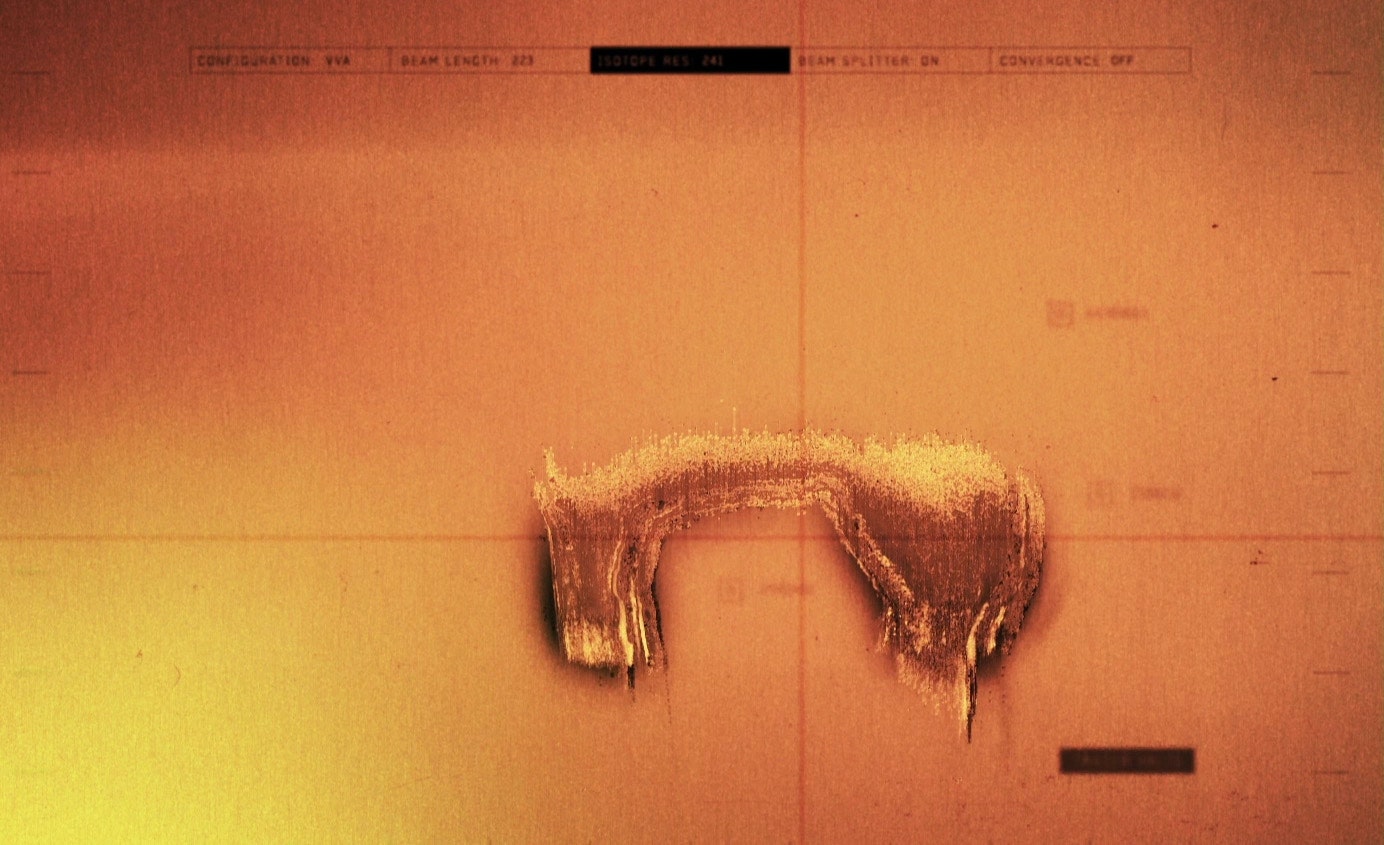 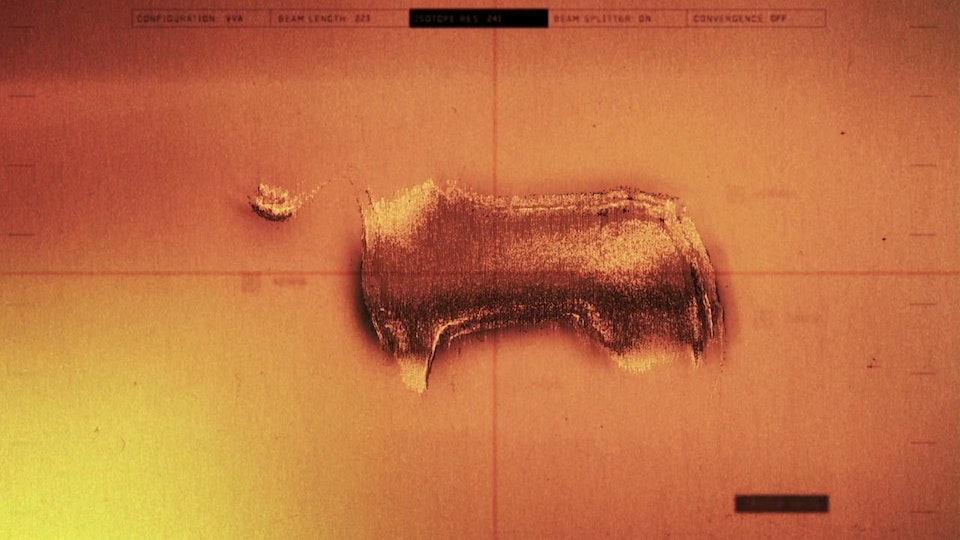 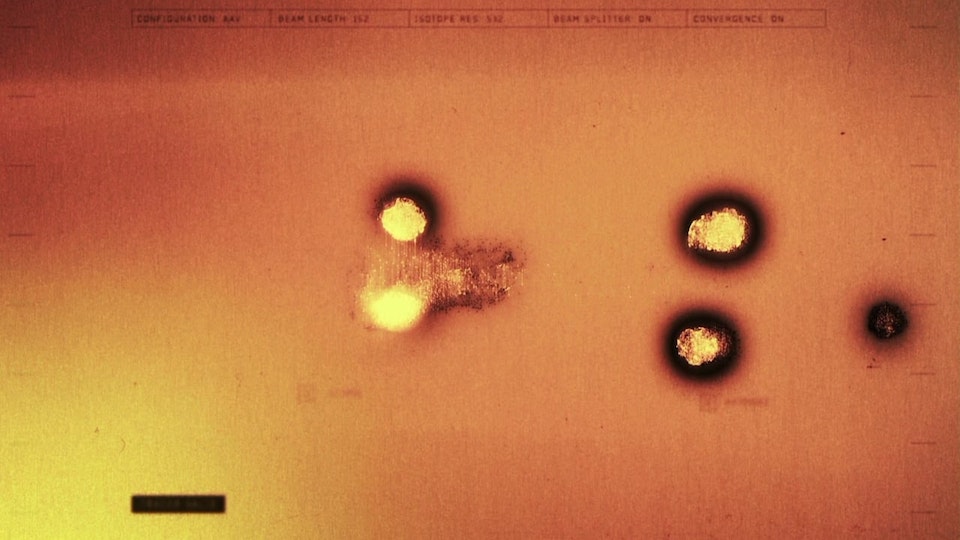 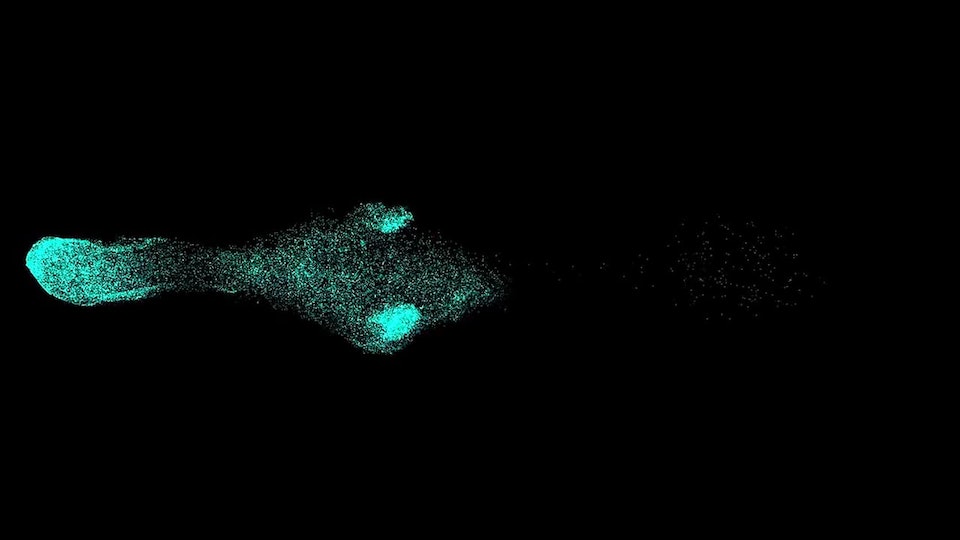 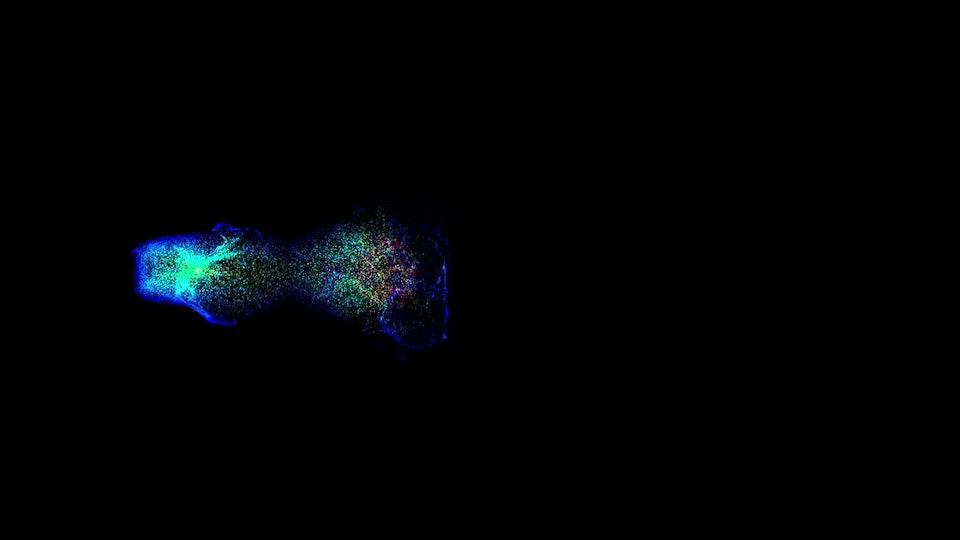 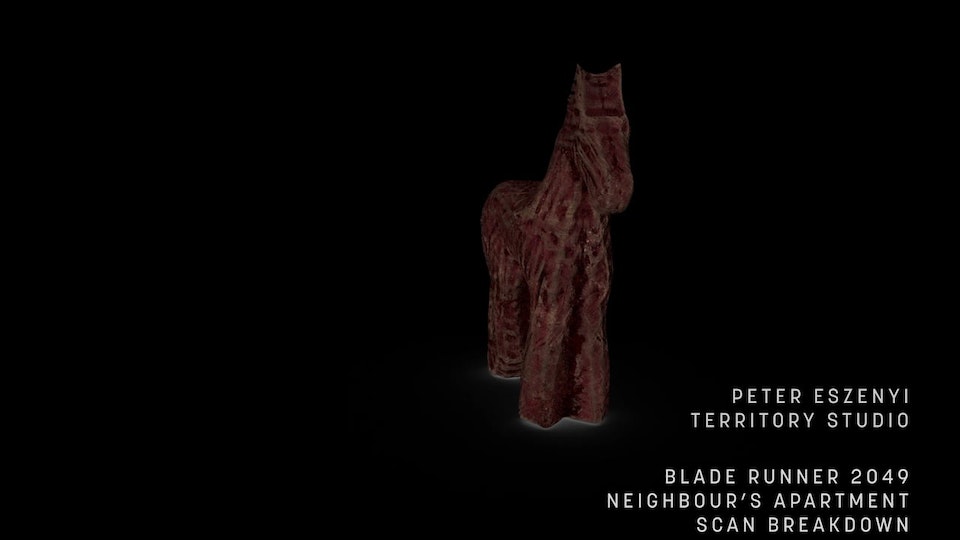 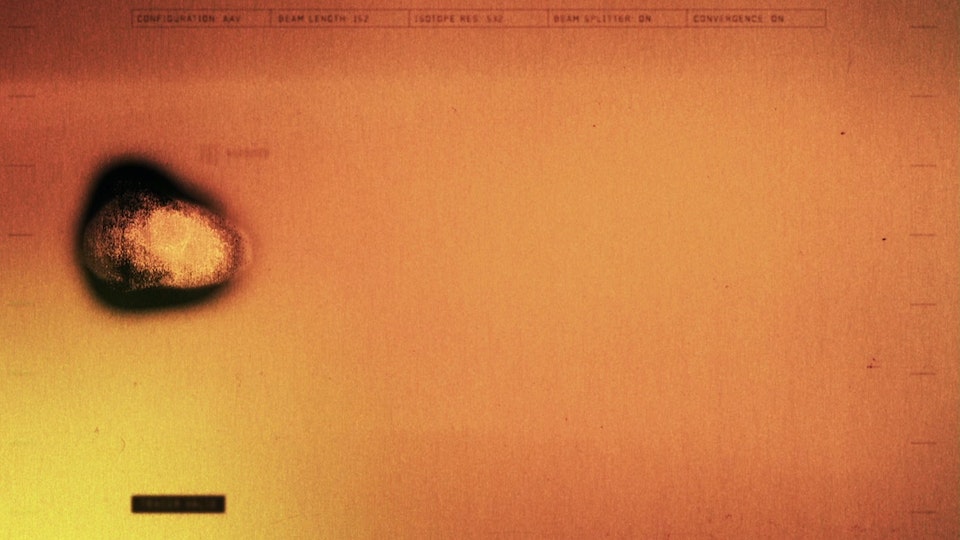 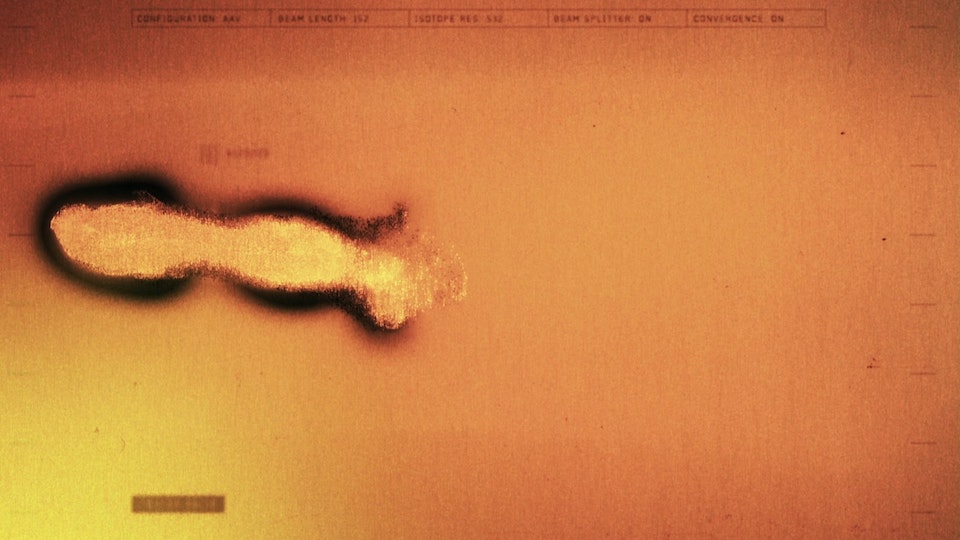 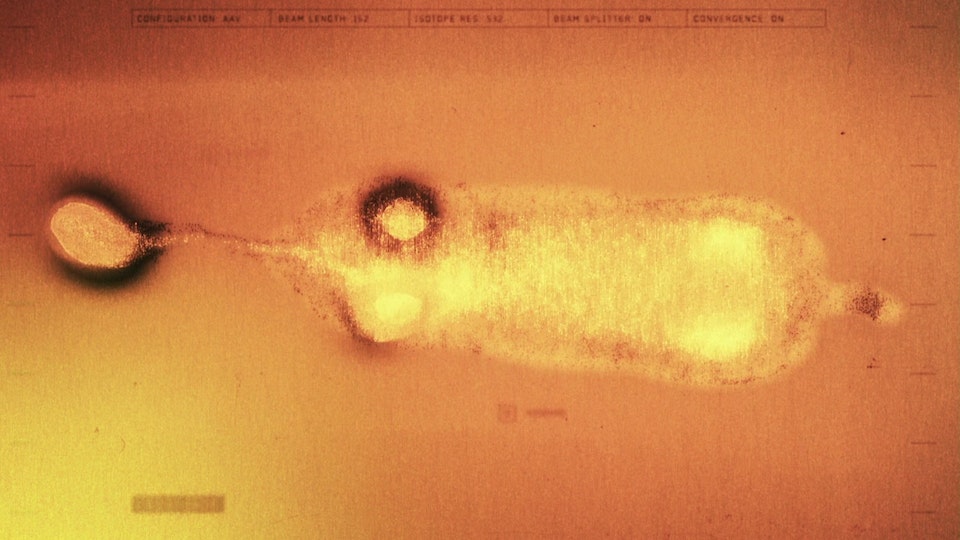 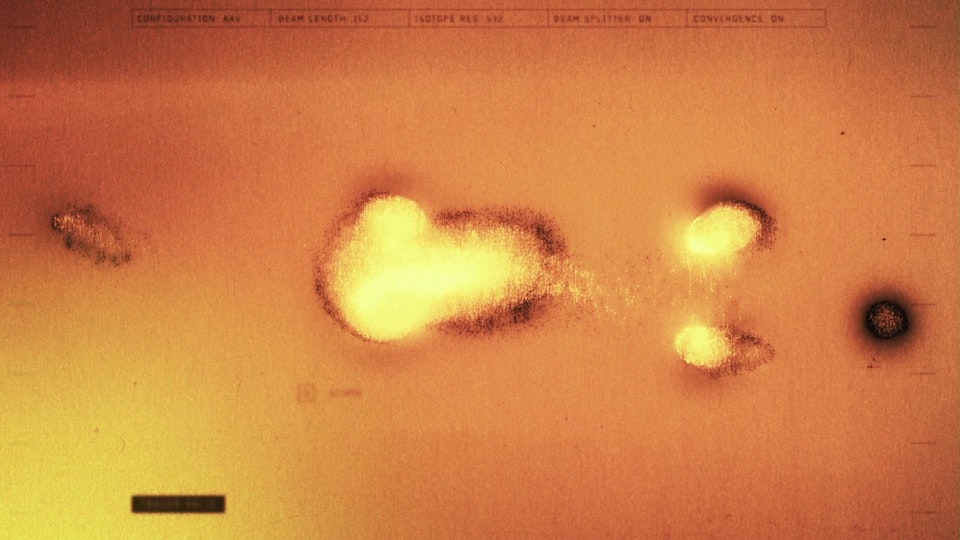 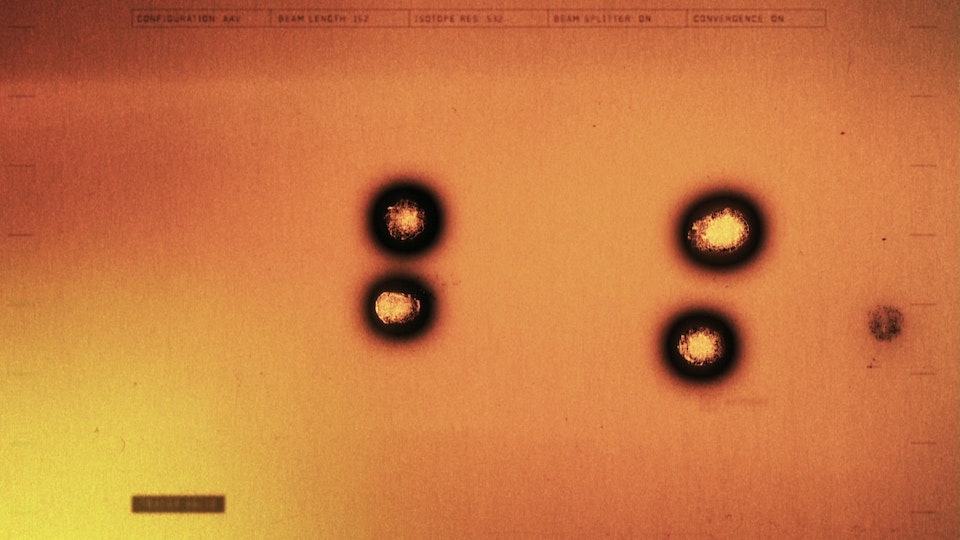 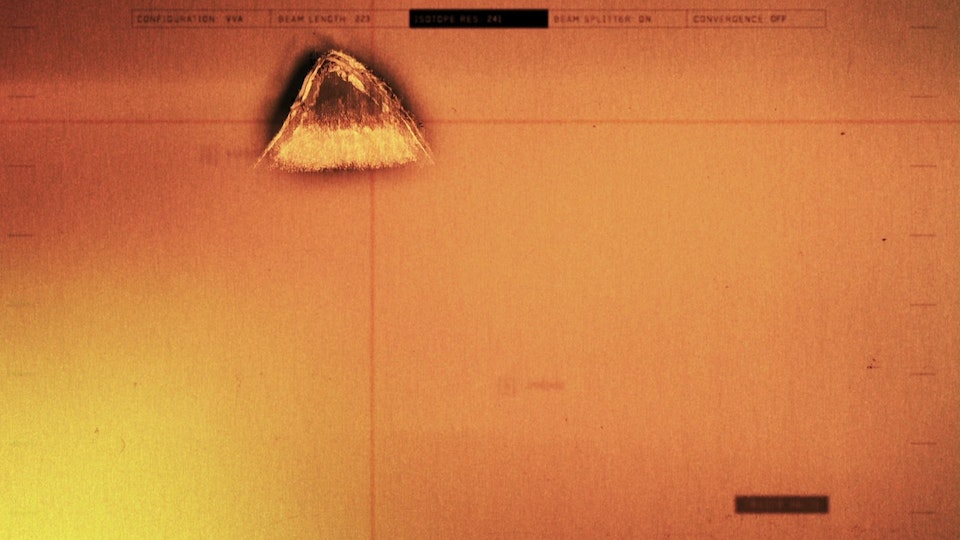 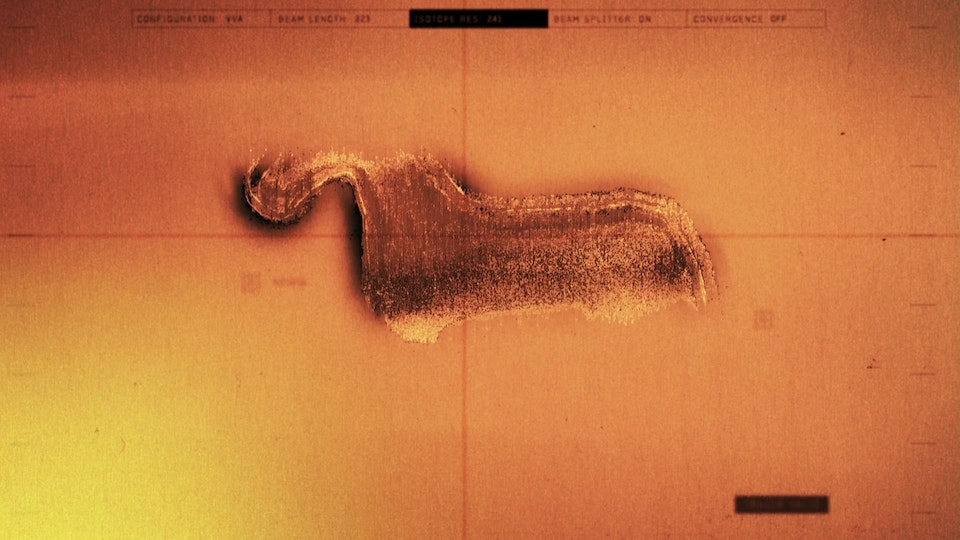 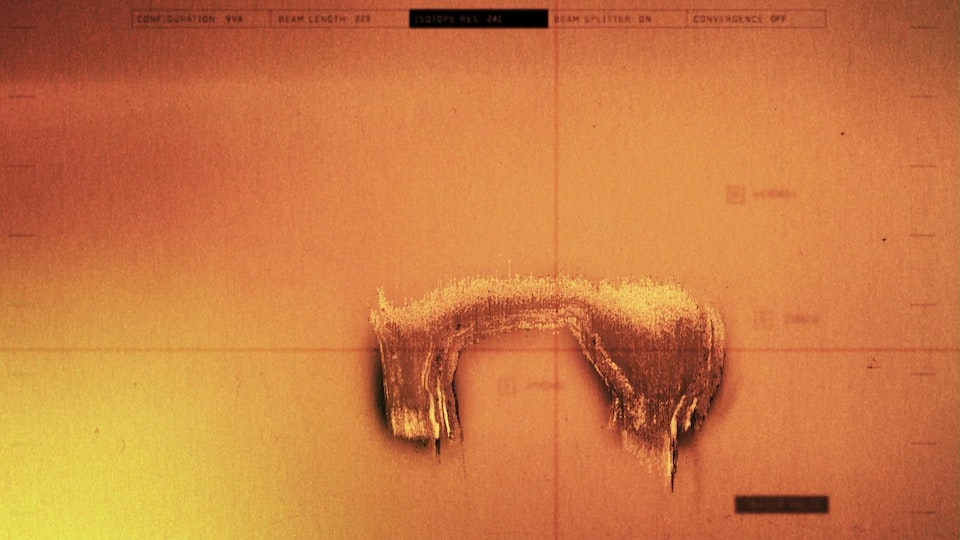 On Blade Runner 2049 I was responsible for creating the morgue sequence, the DNA database called Denabase, some parts of the baseline test, K’s pilotfish as well as various screens from the Neighbour’s Apartment sequence.

When K unearths the little wooden horse, he takes it to a shady character for scanning. This character was known as Doc Badger, and his little apartment had a huge array of monitors. Some of them were there to show Off-World data, like travel timetables, some to show weather information and some to monitor the environment. My task was to create the monitors that showed the scanning process. I wanted to avoid any scanline-based methods, and was trying to show something more organic.

We received photographs of the actual wooden horse, and after creating a quick model based on those (I used Zbrush to sculpt some markings onto the mesh) I took the mesh and used it as a volume to constrain some X-particles simulations. I kept the viscosity high and used a duplicate, slightly smaller mesh with some boolean animation to create the emissive polygons. I tweaked the settings and applied turbulence to create something that was organic and conveyed the idea of some sort of isotope scanning being done.

I created some UI elements in Illustrator and spent a bit of time in After Effects to comp the elements. I used a lot of grunge maps and all sorts of different textures to break up the cleanliness of the CG passes. I was aiming for something that looked a bit like a page on an e-book reader with some backlighting added to it.Territory Studio - 2017