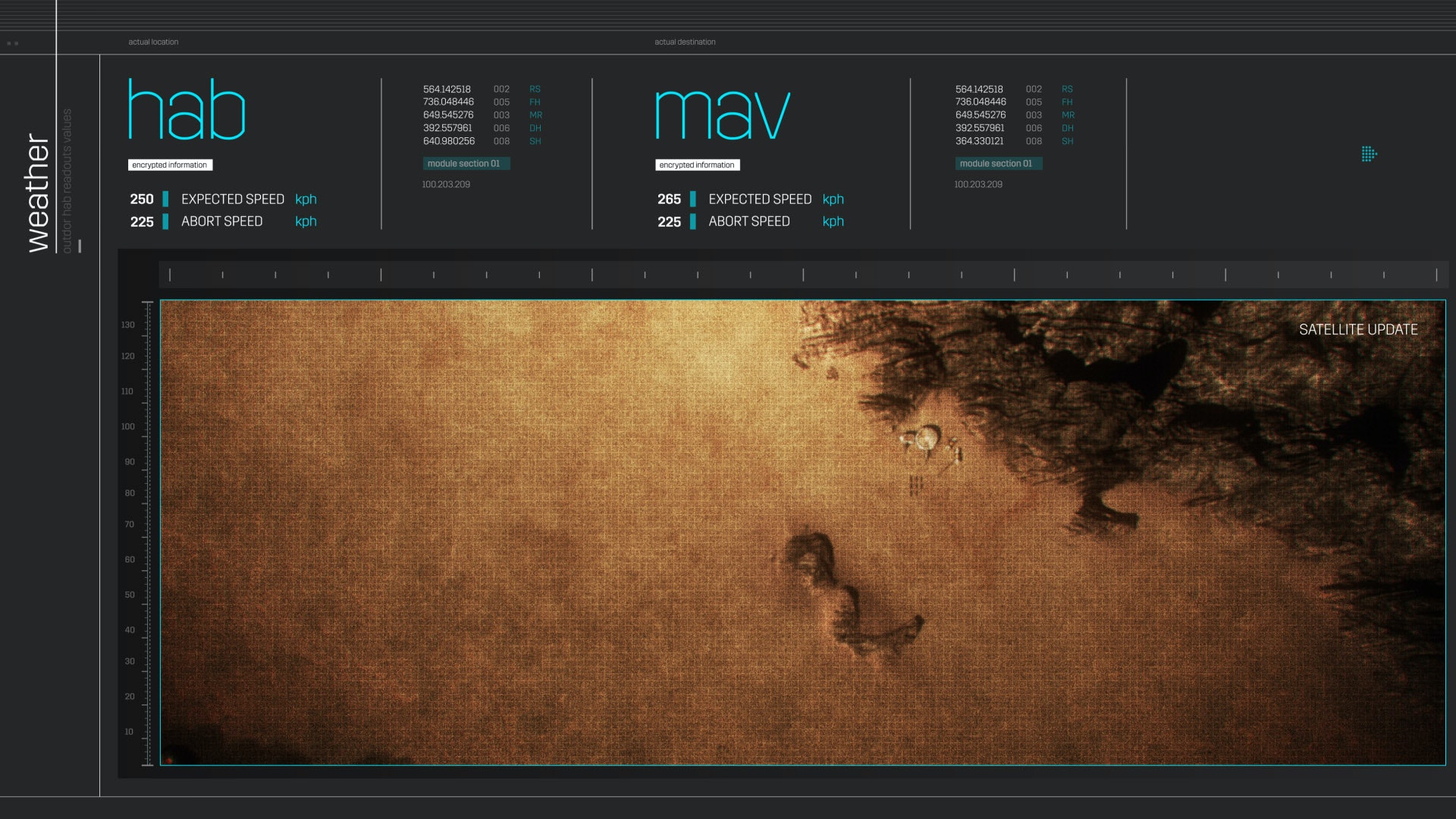 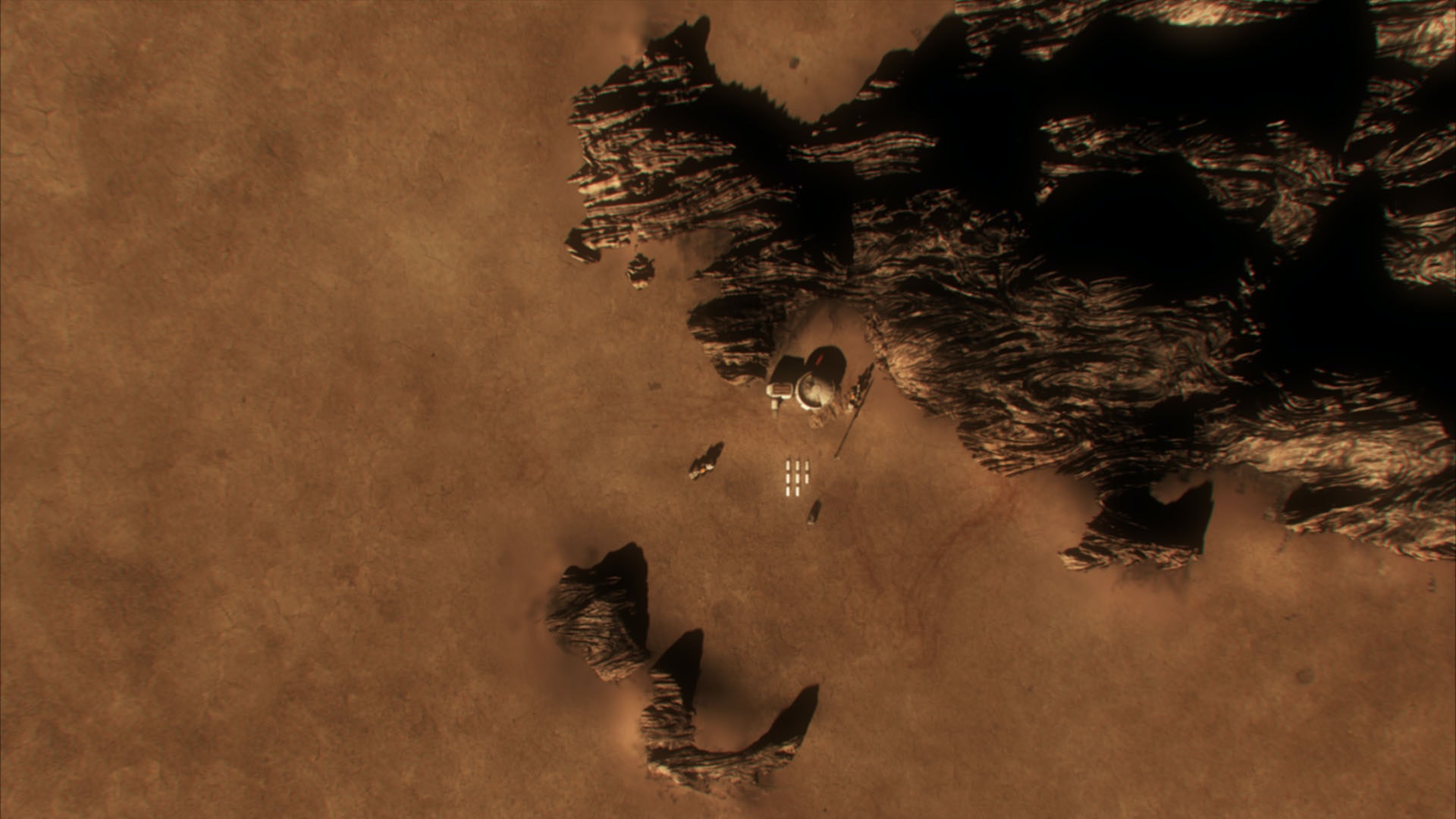 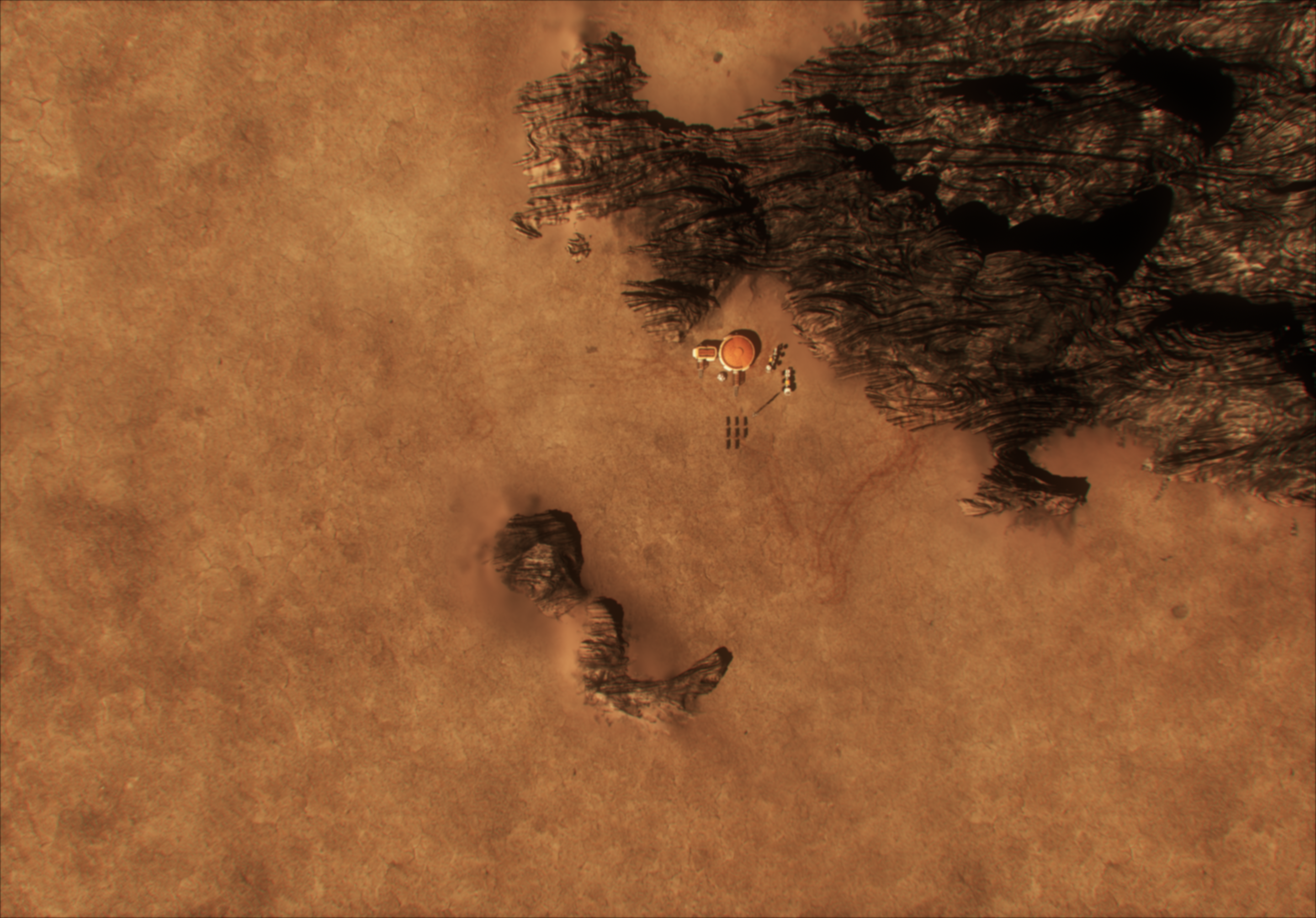 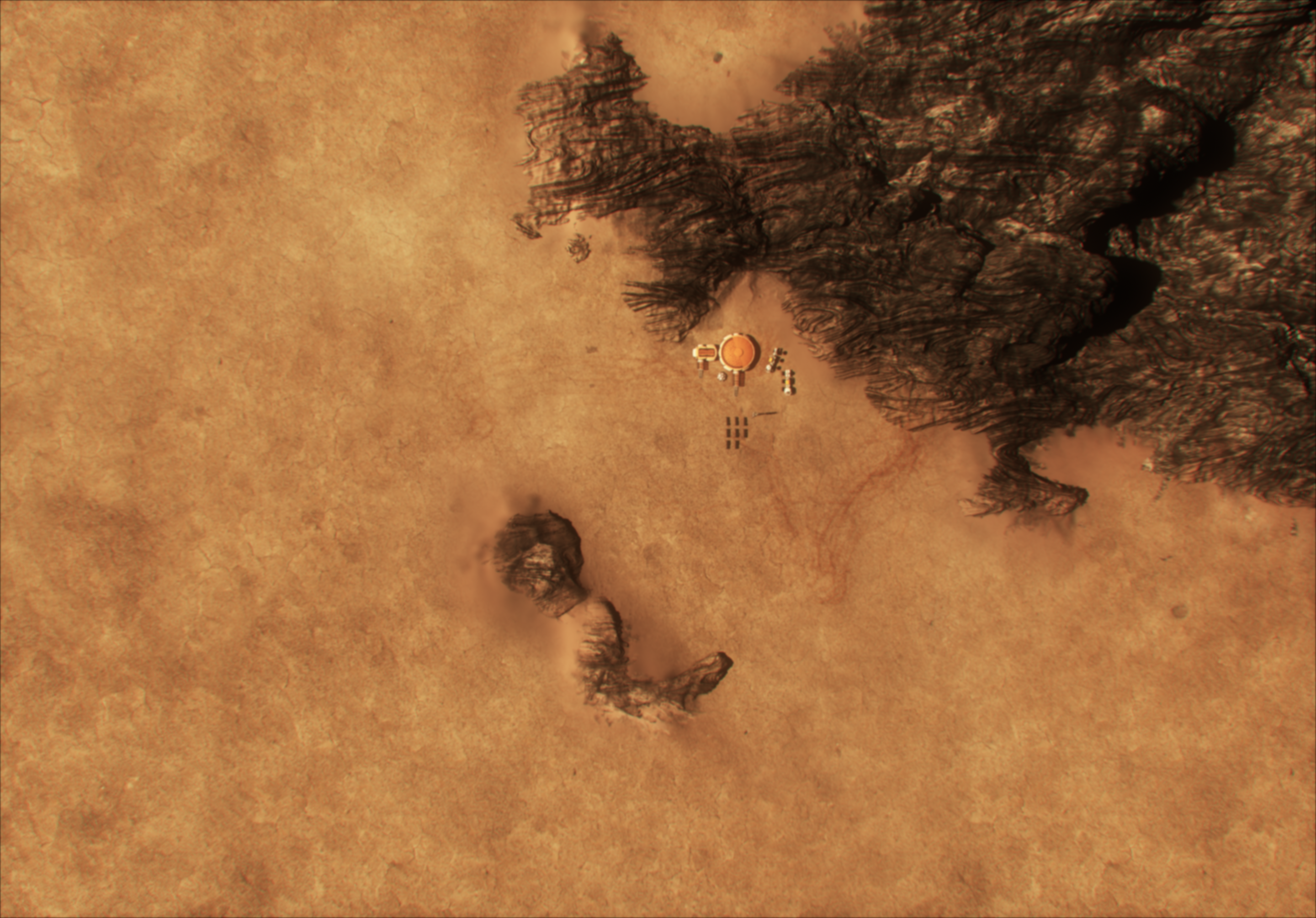 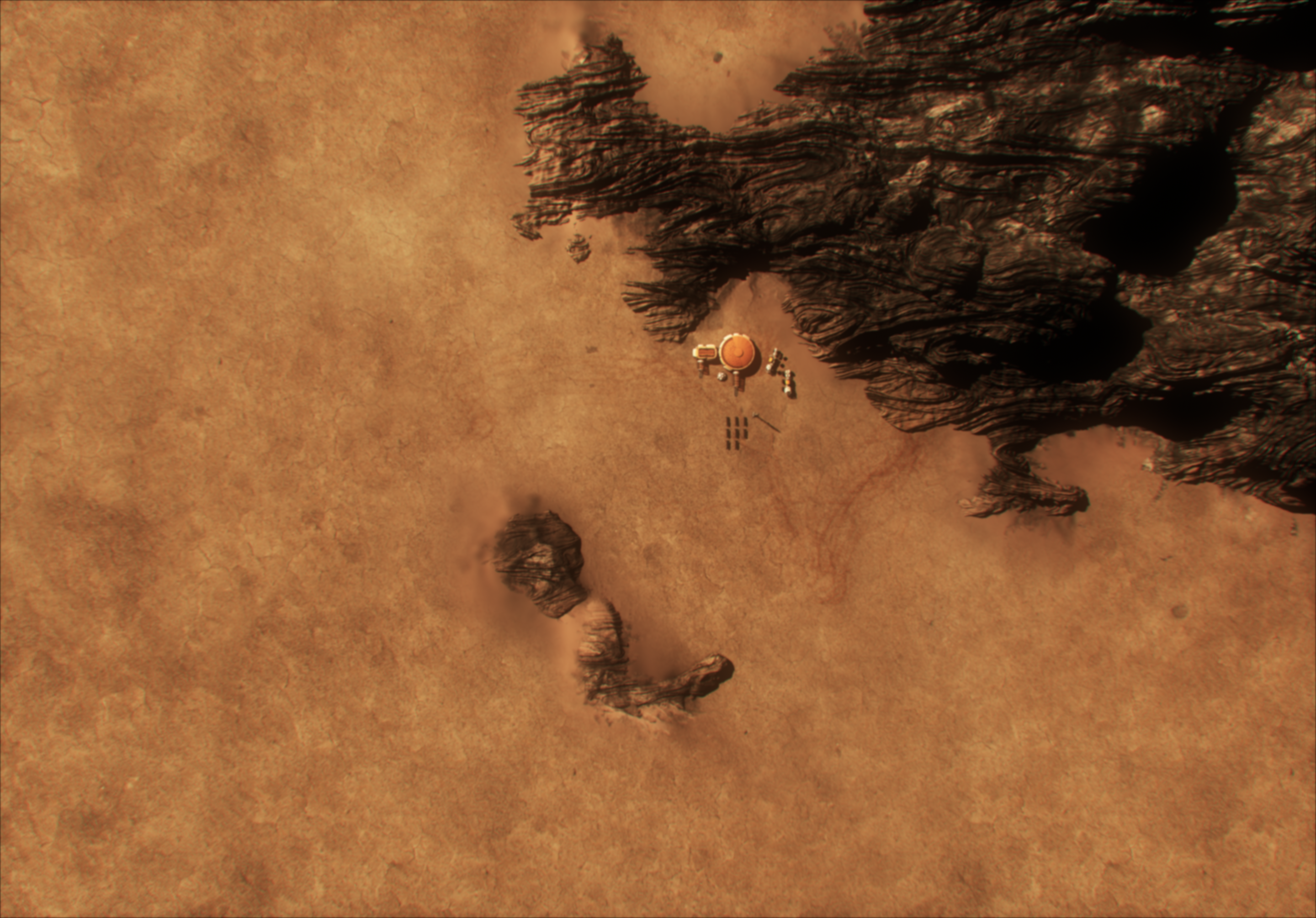 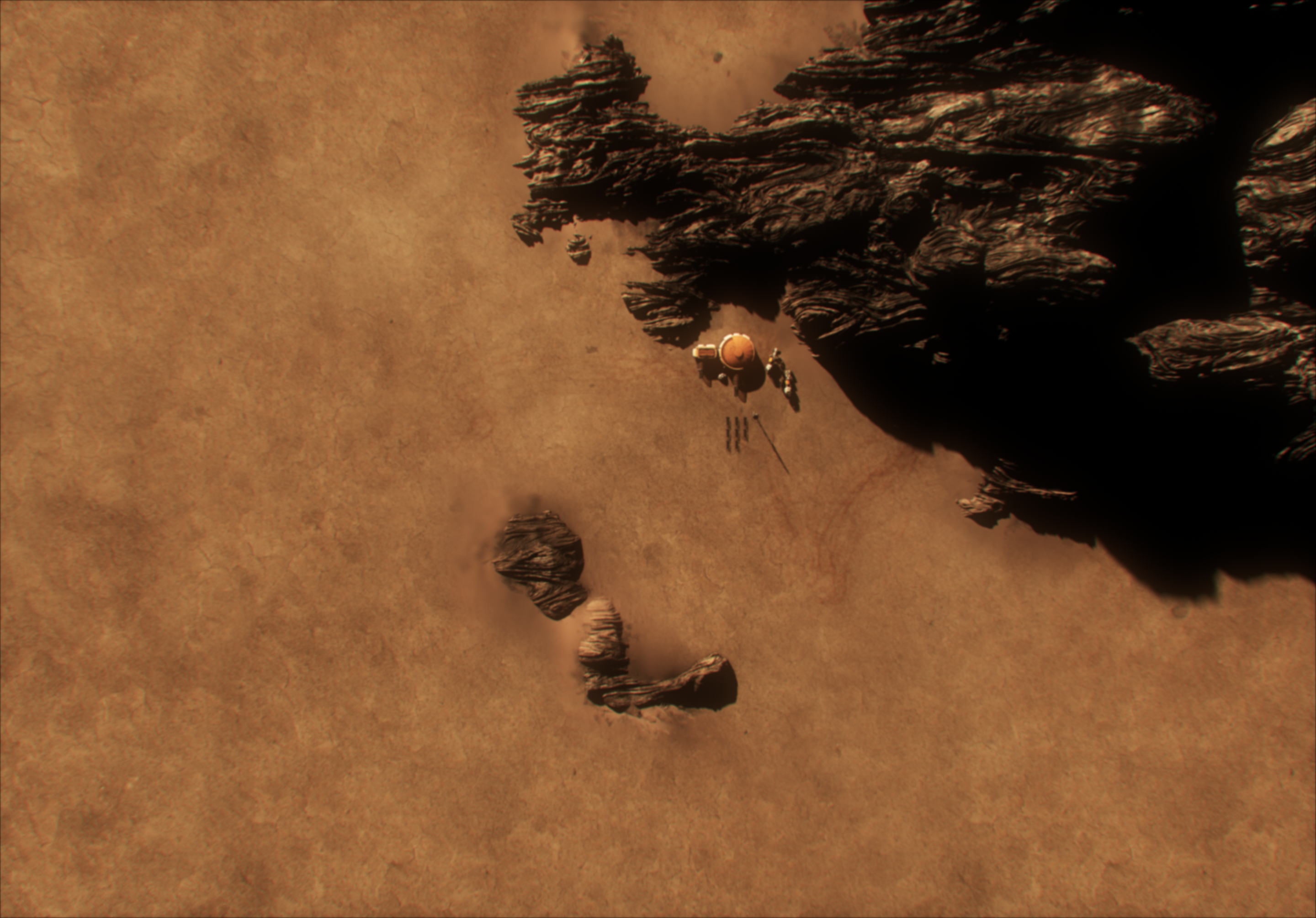 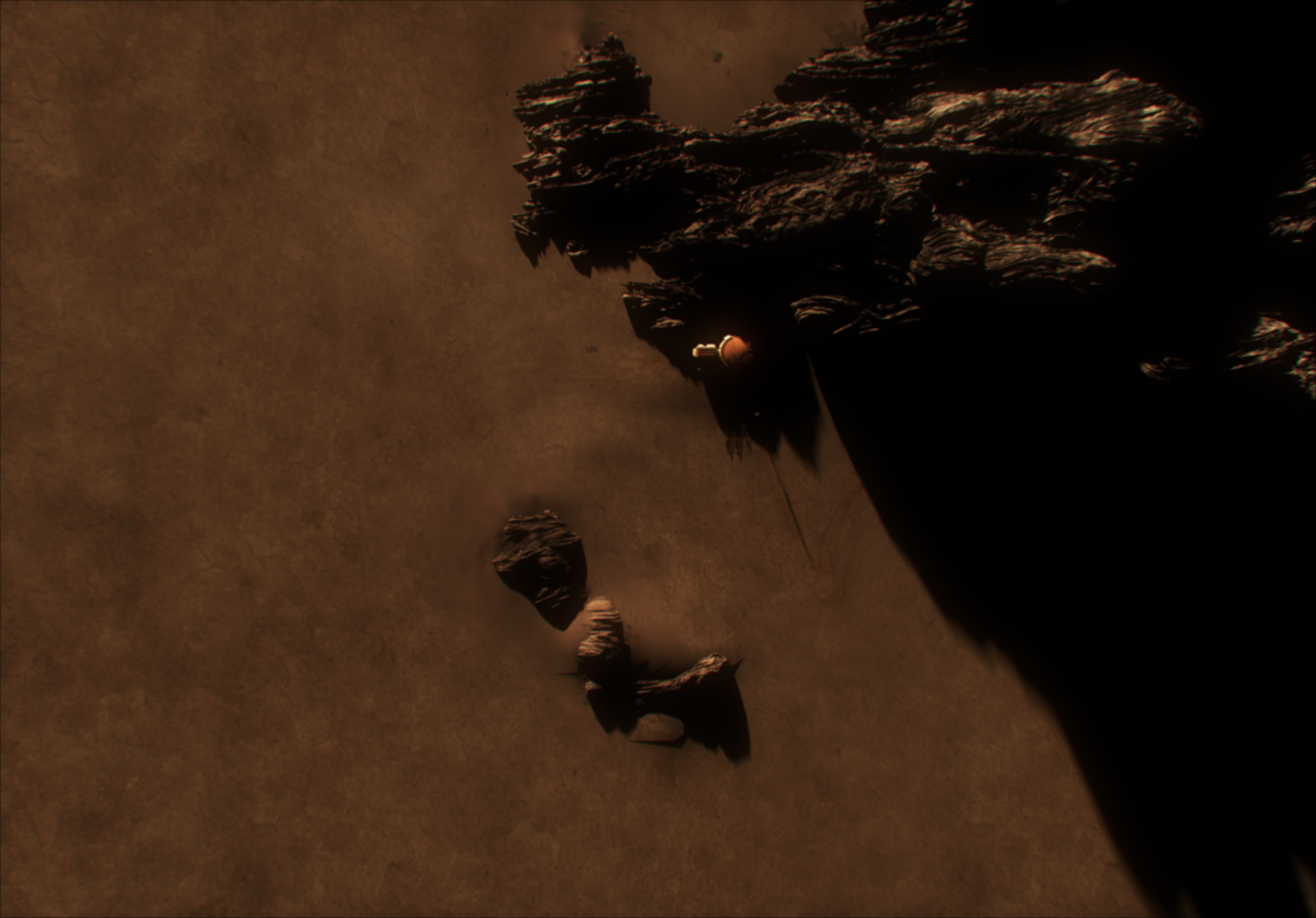 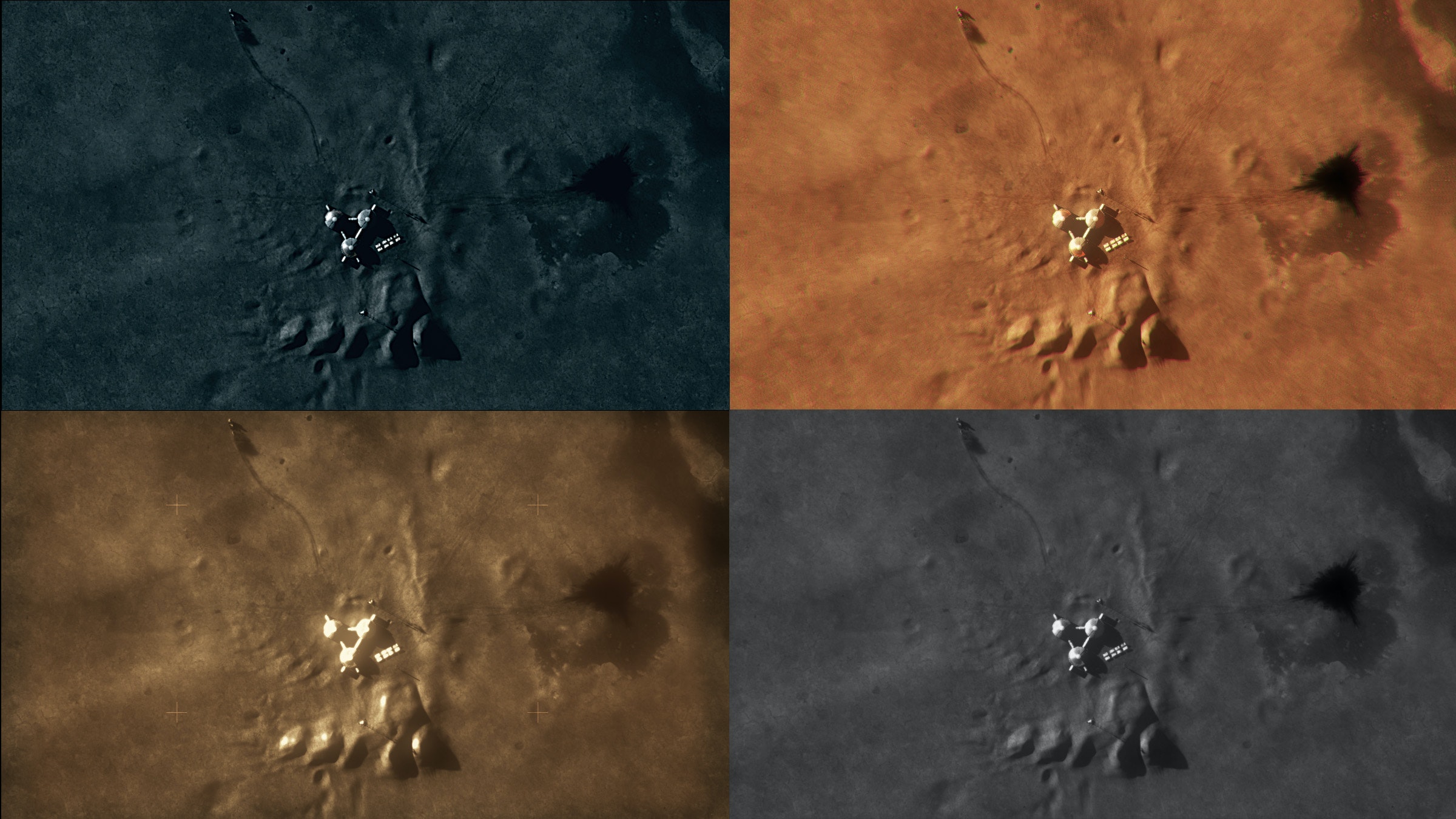 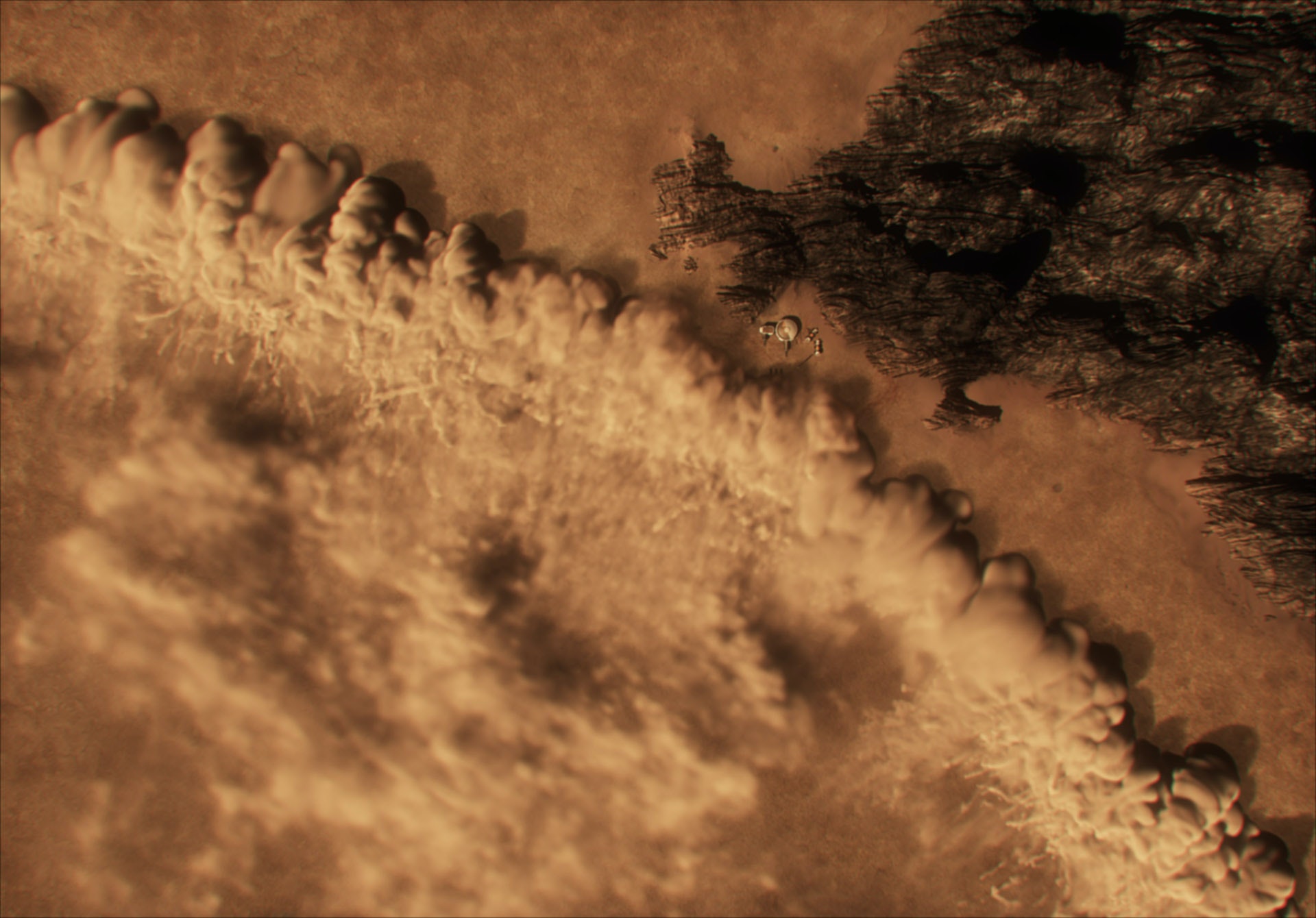 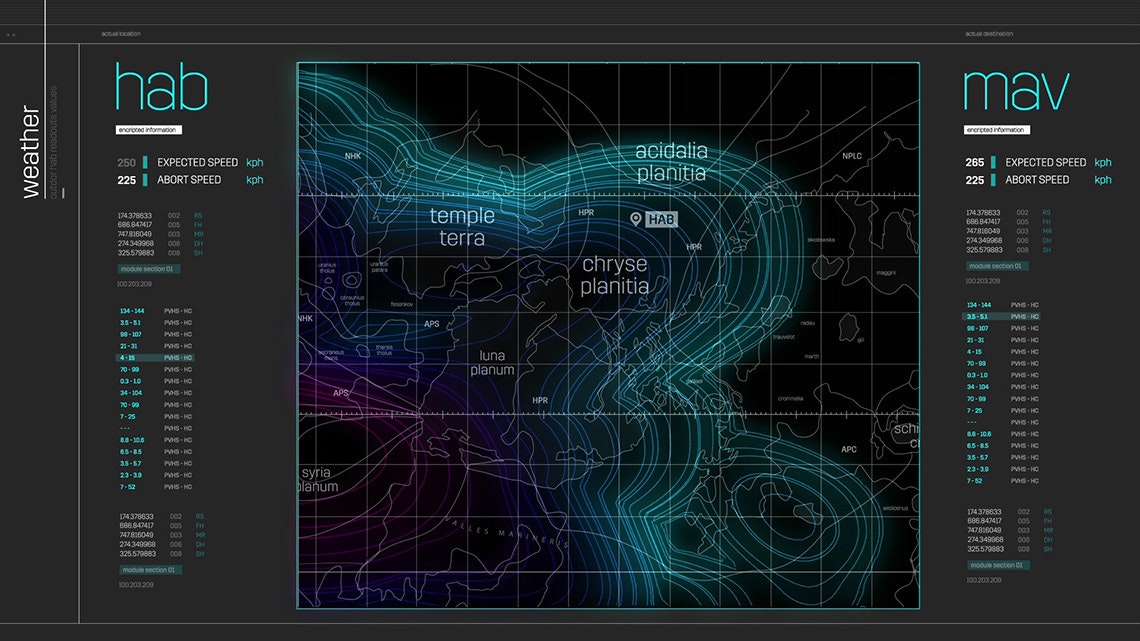 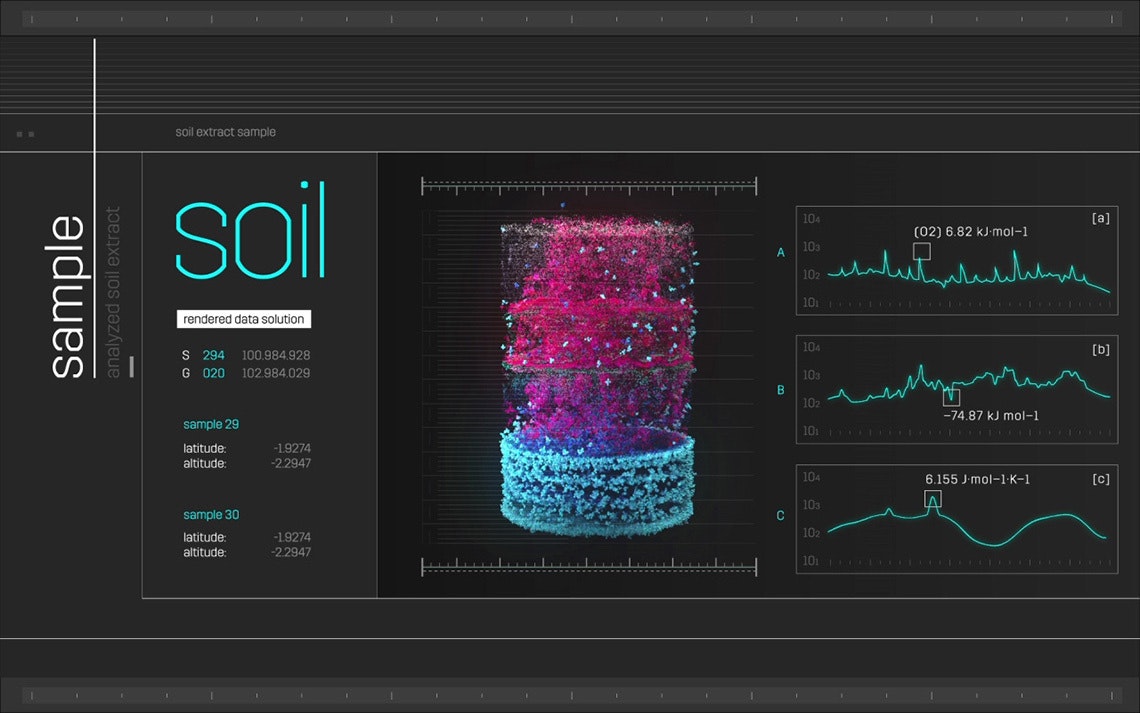 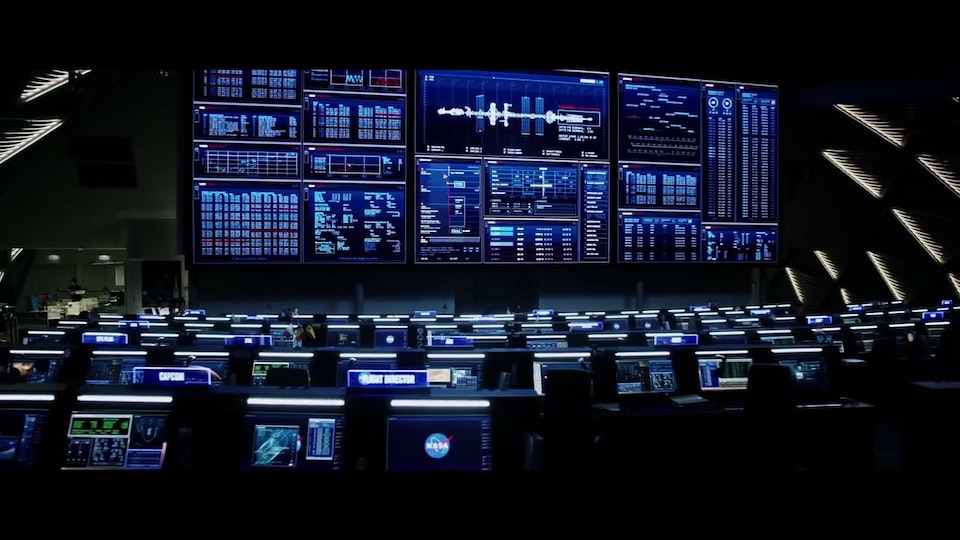 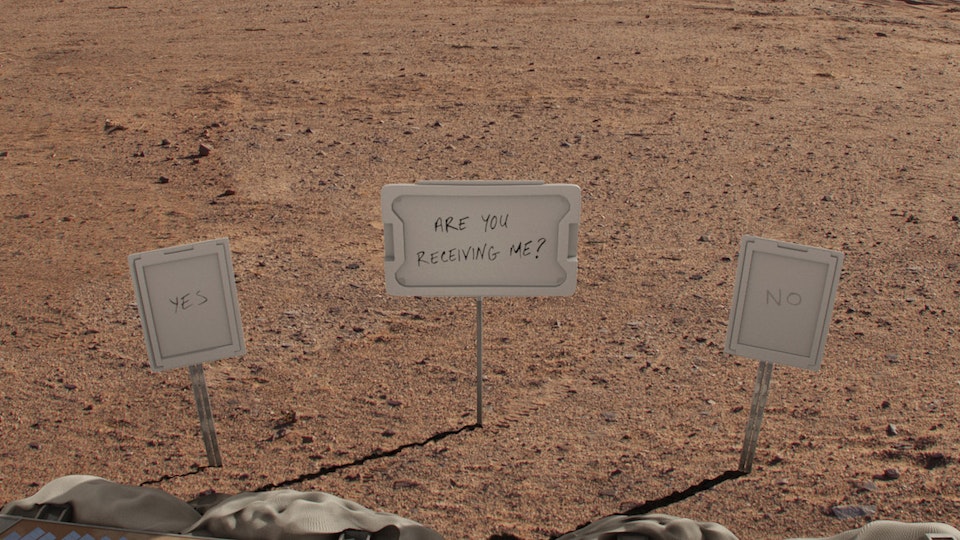 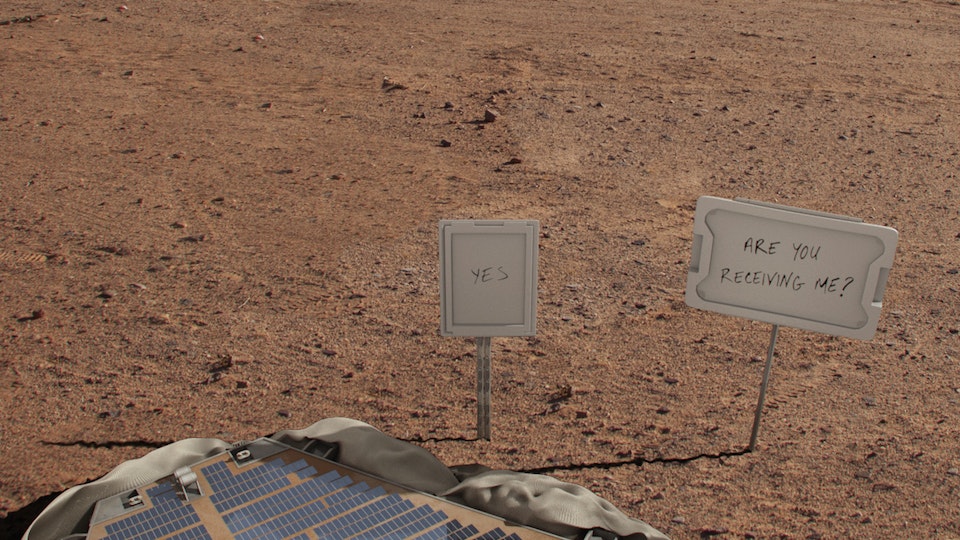 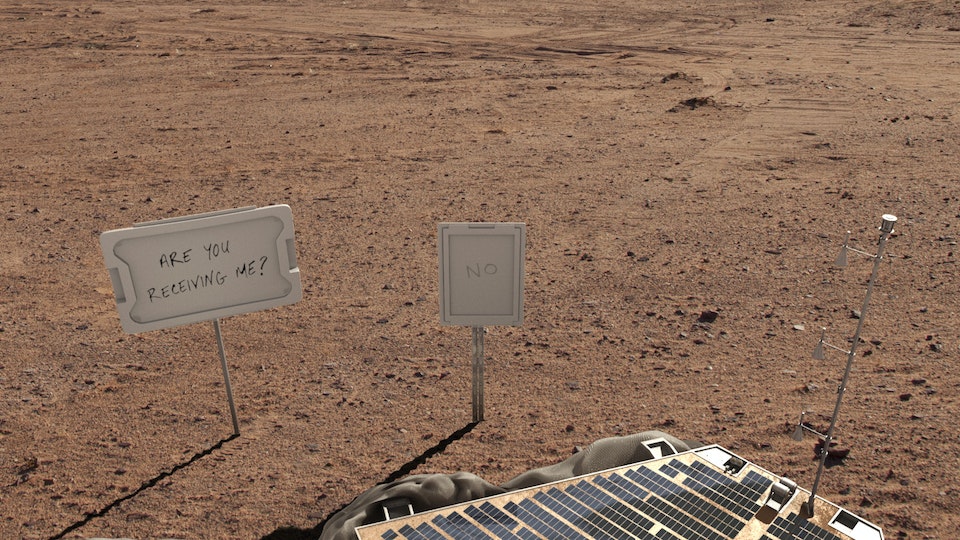 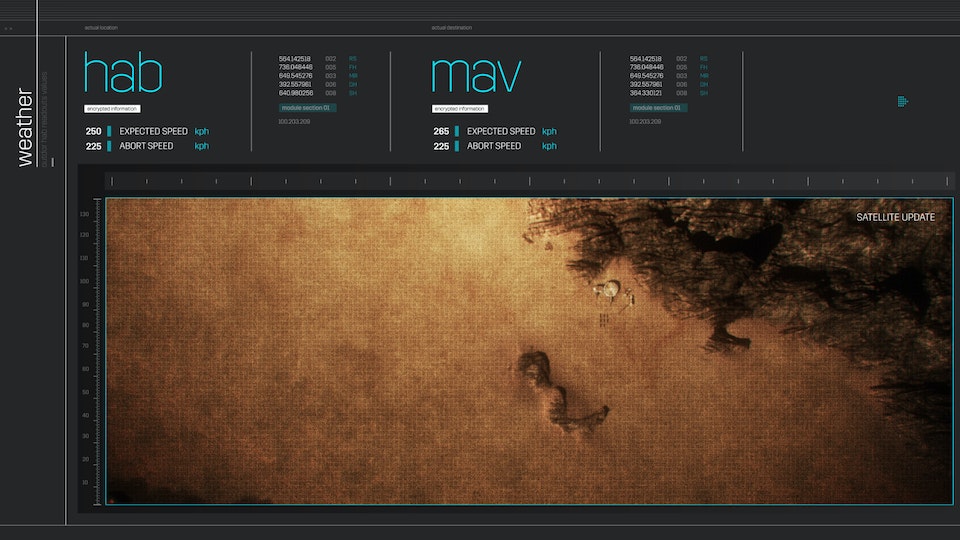 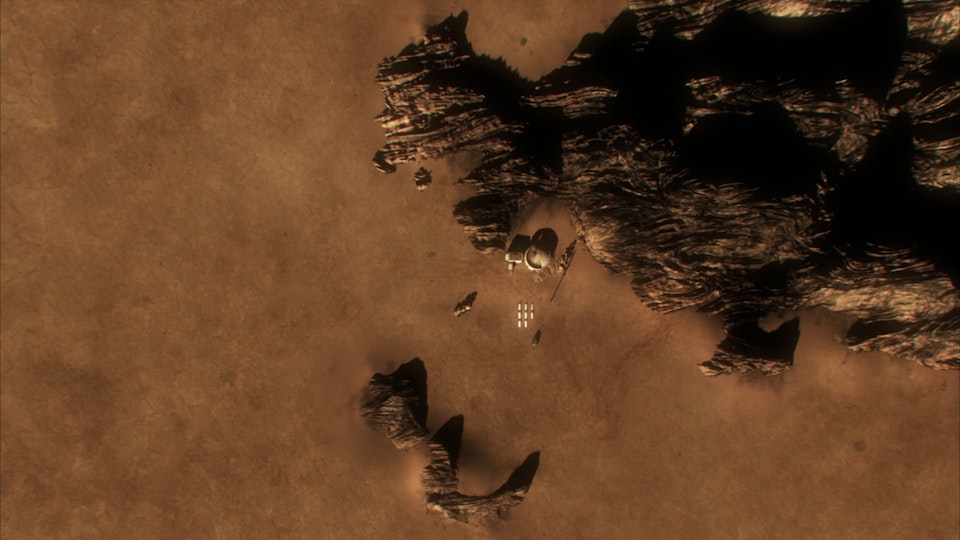 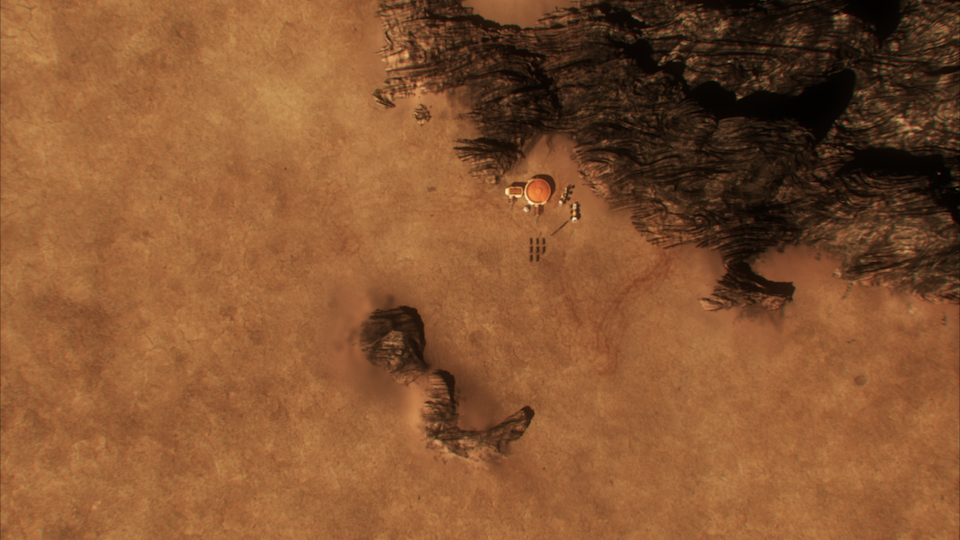 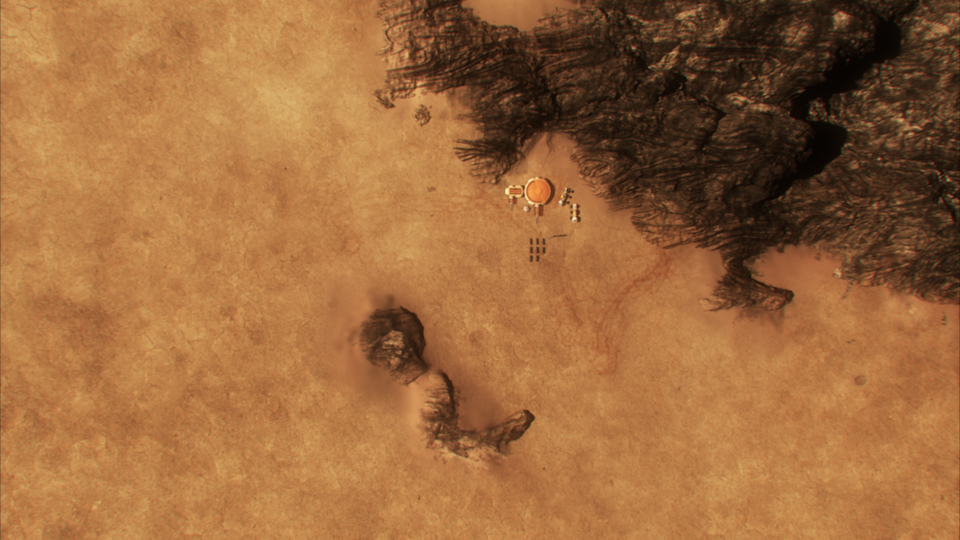 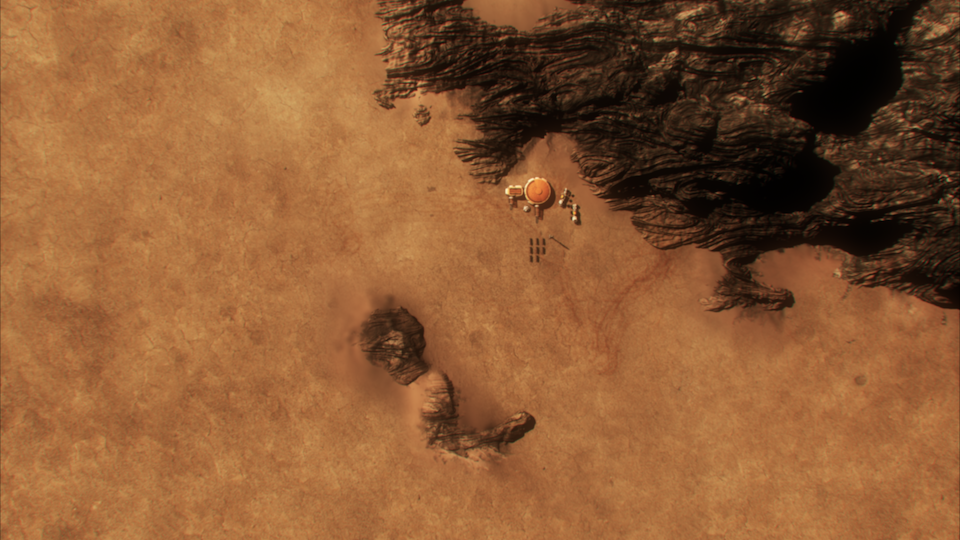 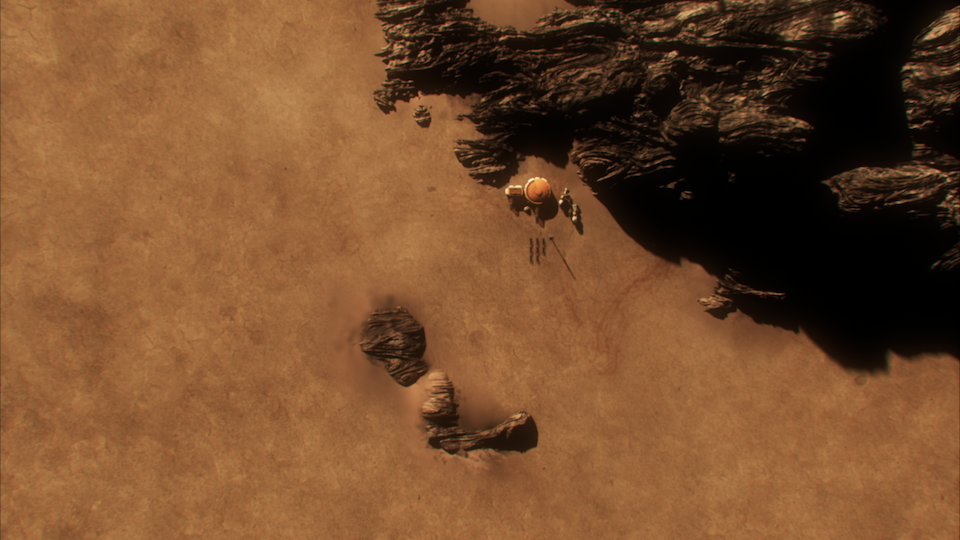 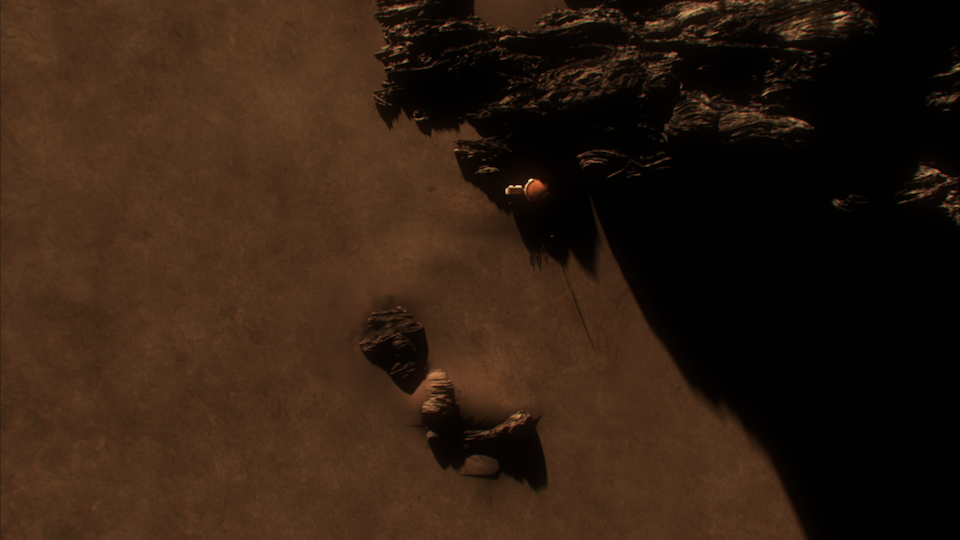 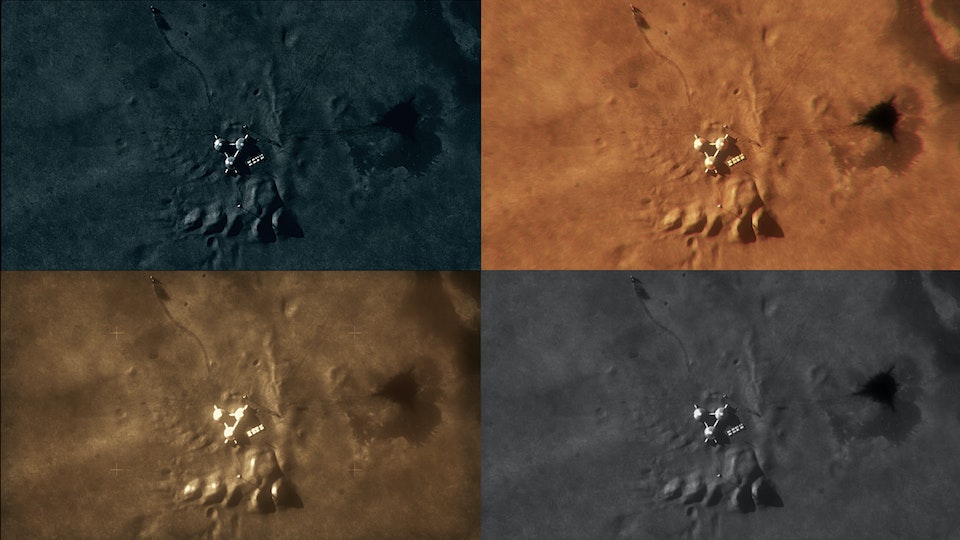 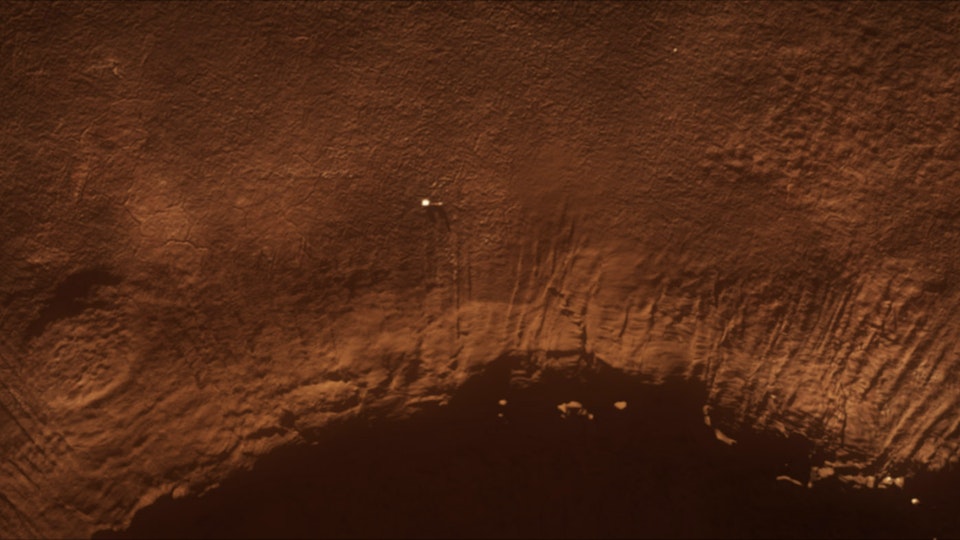 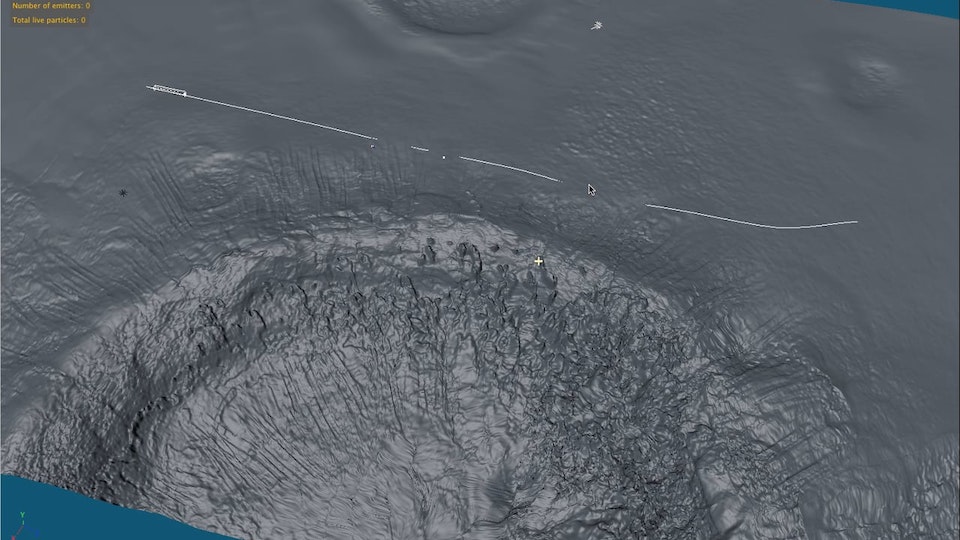 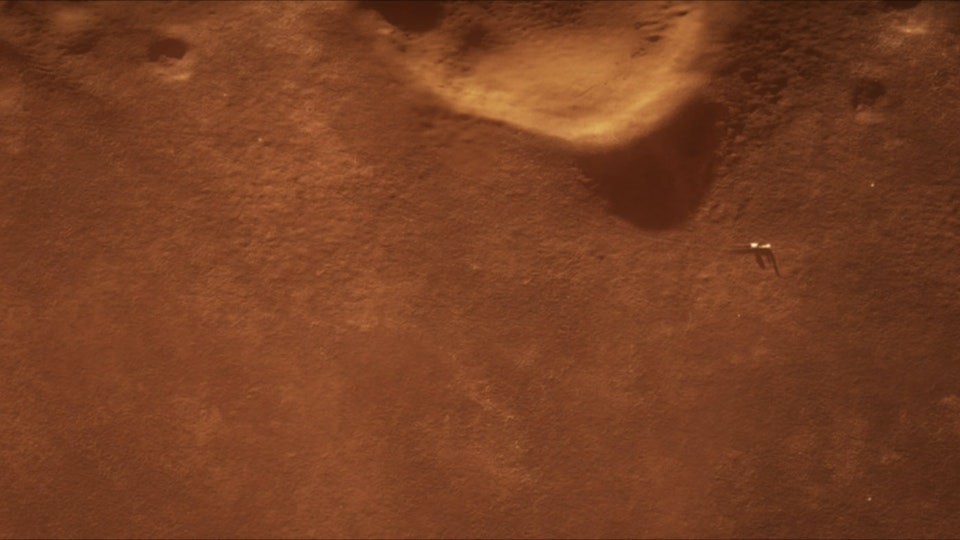 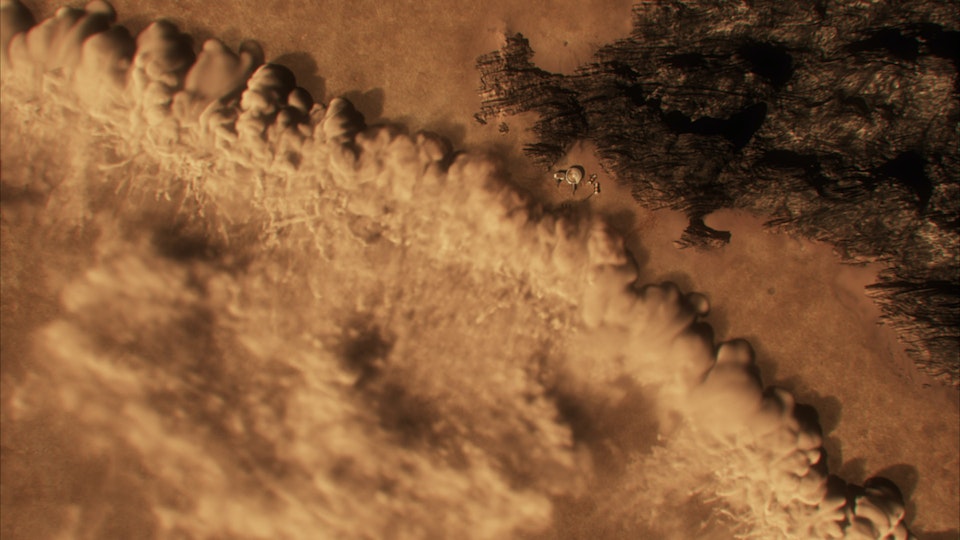 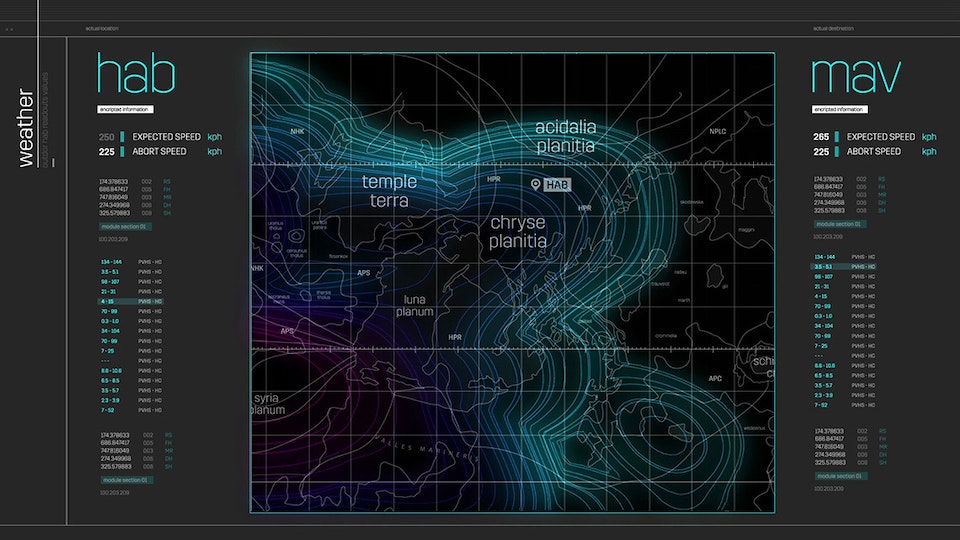 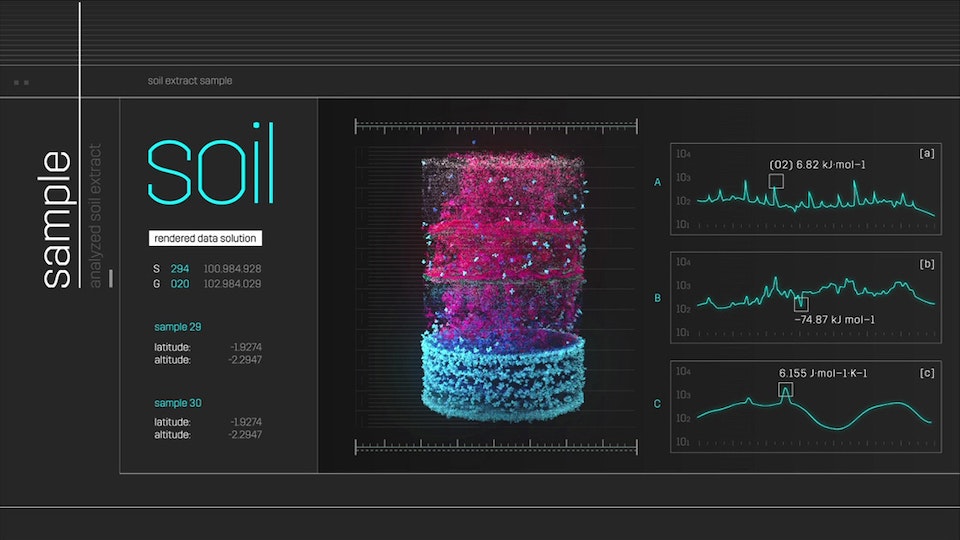 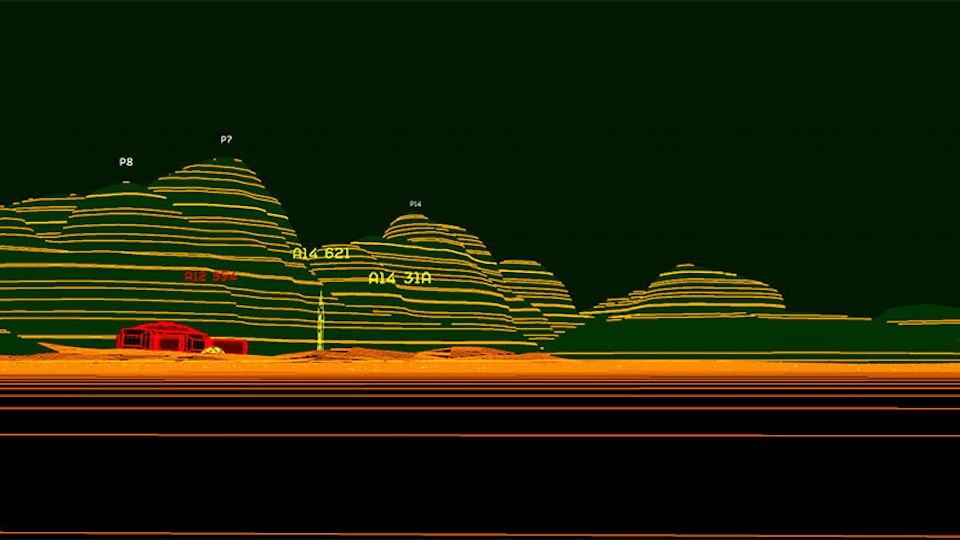 I had numerous challenges on this epic Ridley Scott adventure. Complementing the ui design i had to come up with various 3d elements supporting those whilst helping the narrative and making it easy for the viewers to understand what was going on

The final brief called for a reproduction of the area in Jordan where the HAB was being filmed. I wanted to use various Digital Elevation Data elements for this, but since the resolution was not satisfactory i had to build the mounds and mountains around the area based on satellite imagery and data and photographs provided by the location scouts. I also had to create different states for the HAB, before the storm, after the storm partially covered in martian dust and after the airlock popped off.

For the rover shots i had to use a similar setup, the challenge here was to come up with various digital environments such as massive craters, valleys and such iin a very short period of time.

One of the key elements in the story is when Mark Watney find as starts up the Pathfinder, which sends back crucially important photographs to the Nasa HQ as well as the Hermes.

I had this idea about the camera of the pathfinder was going to be barely usable, scratches all over the lens etc, so the aesthetics of the first tests were based on this assumption.

Based on the feedback and photographic plates we positioned the rover camera to look exactly at the specified area.

i added a fairly detailed section of the Pathfinder's solar panels and tweaked the lighting further.

i remodelled the tray in the middle to match up to the live action plate and replaced the handwriting which is in fact Matt Damons!

And this is the final look for the shot of the Pathfinder's view. This used photo reference from Jordan for the sculpted floor element, so it matched the shot in the film.

The giant storm which sets the story in motion was very important from the beginning. Part of the brief was to create a fairly realistic version which fits into the satellite view detailed in part one, and several, more graphic versions which could be used on radar and weather screens. I used X-Particles to create a simulation that drove a Turbulence FD setup. Again, the key factor was speed, so using this setup i was able to render several different versions in a short time.

Based on this setup i also created versions that represented different meteorological phenomena, and various weather-radar animations.

THE POTATO AND SOIL SAMPLES

I used X-particles to create point clouds that represented a potato plant as well as layers of soil around it.

I created small animated screen graphics for various environments to show navigational and topological aids on the rover screens.

Various wireframe rendered animations were done to show the listing of the MAV, which included having properly rigged and functional pistons on the landing gear.

i also had to create animations for various simulated scenarios where the dismantled MAV would be running into problems on its way up from the Mars surface.

In all Territory delivered around 400 screens for on-set playback, most of them featuring interactive elements. With 85 screens on the NASA Mission Control set alone, a number of which were 6mx18m wall screens, there are many moments in which the graphics become a dynamic bridge between Earth and Mars, narrative and action, audience and characters.