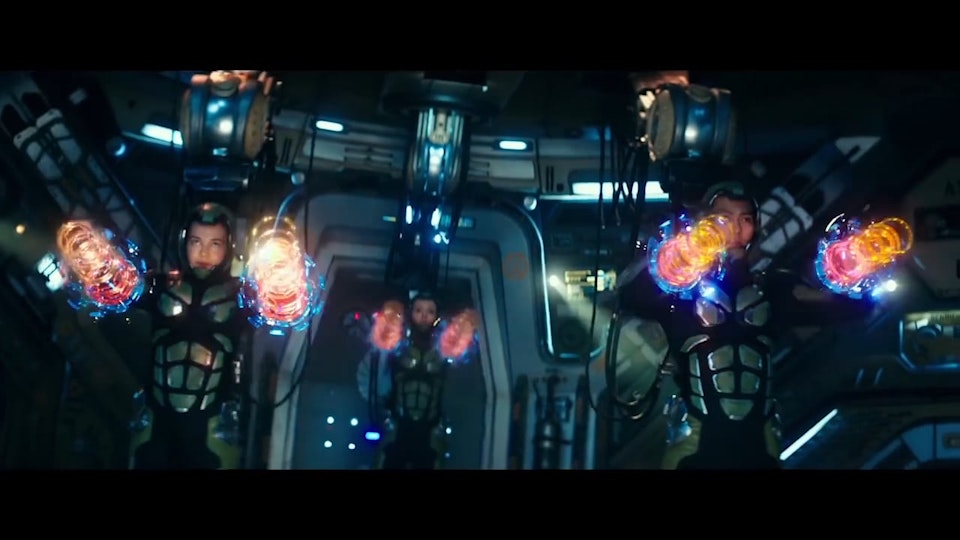 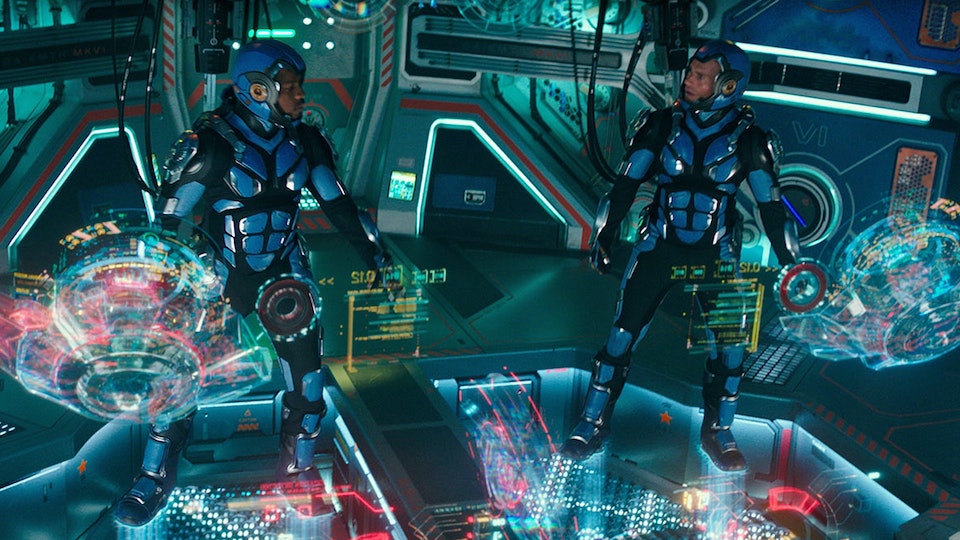 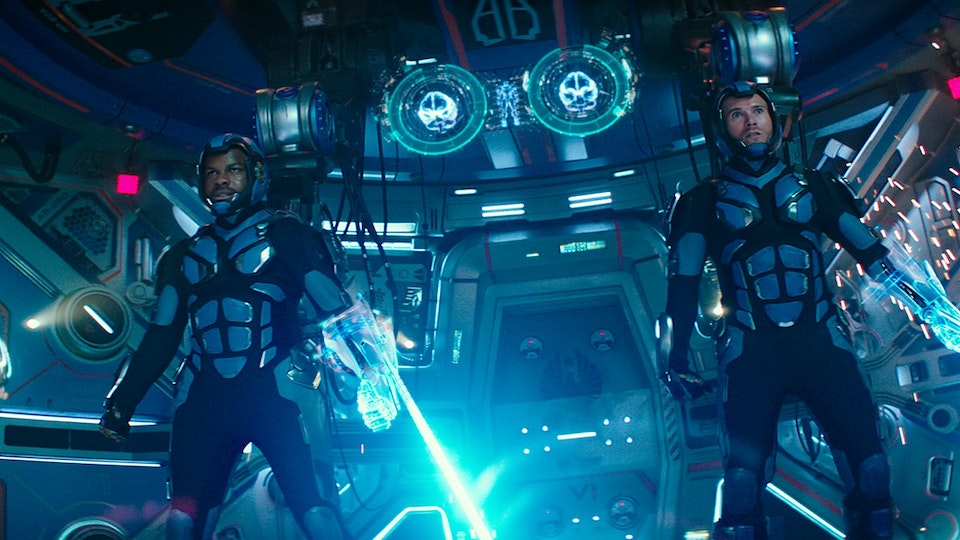 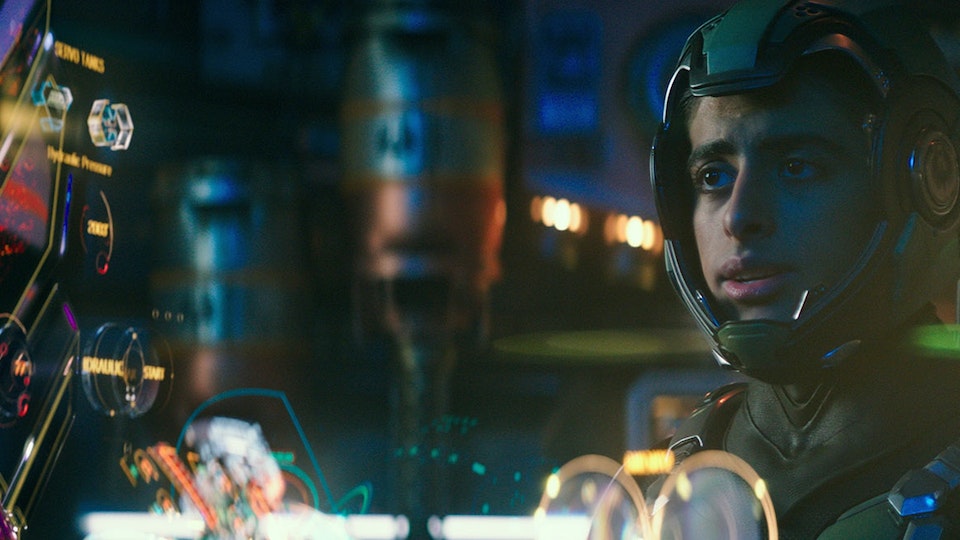 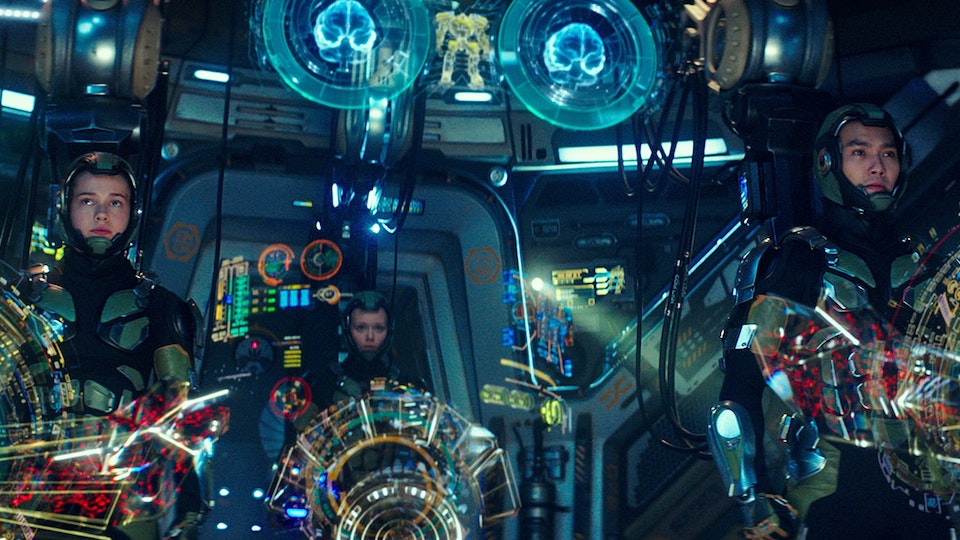 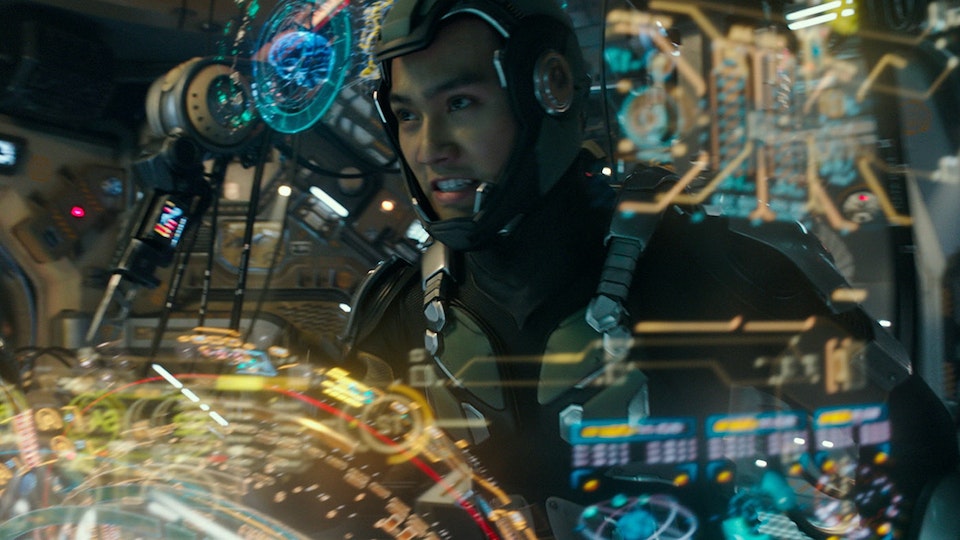 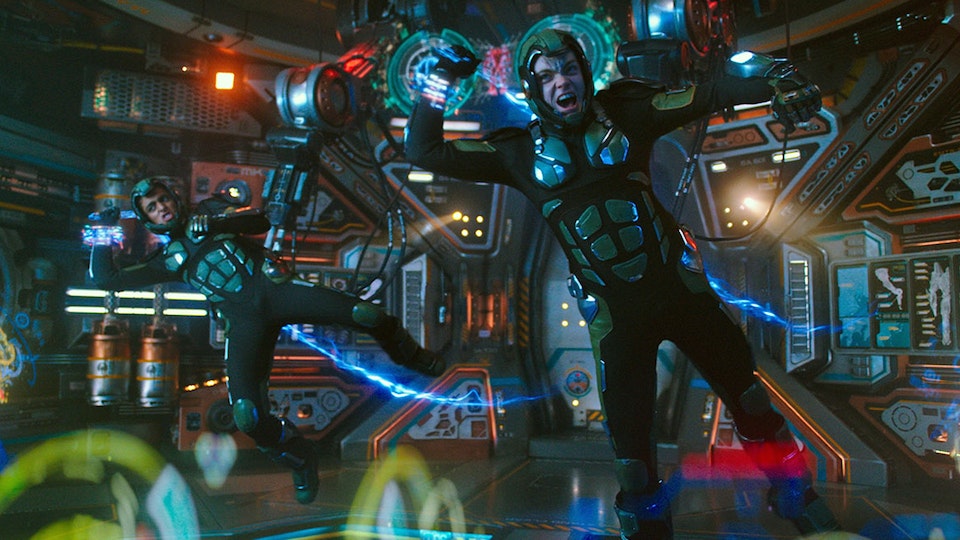 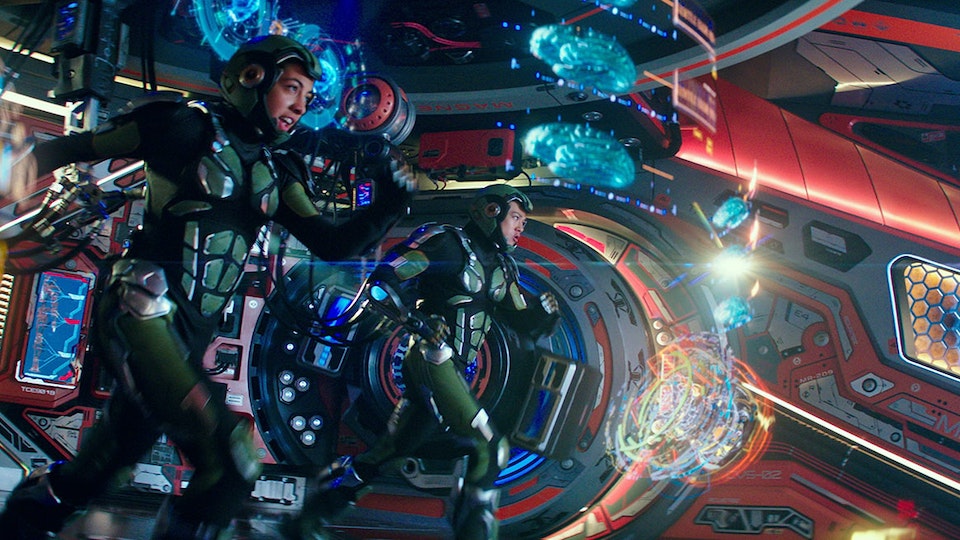 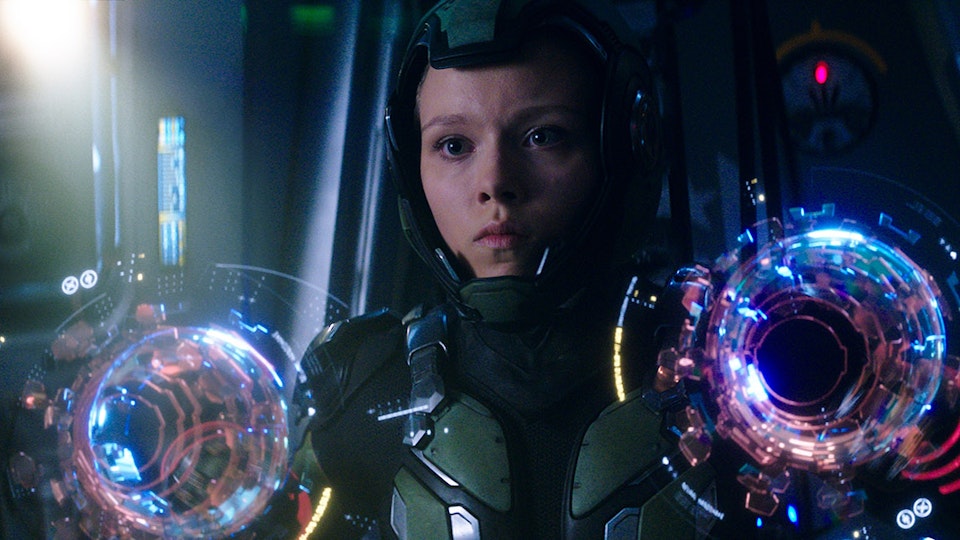 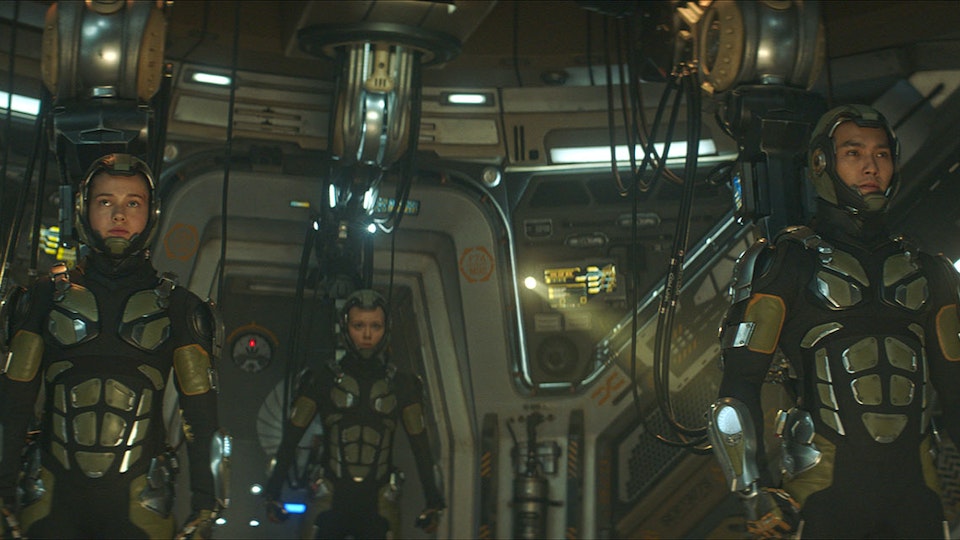 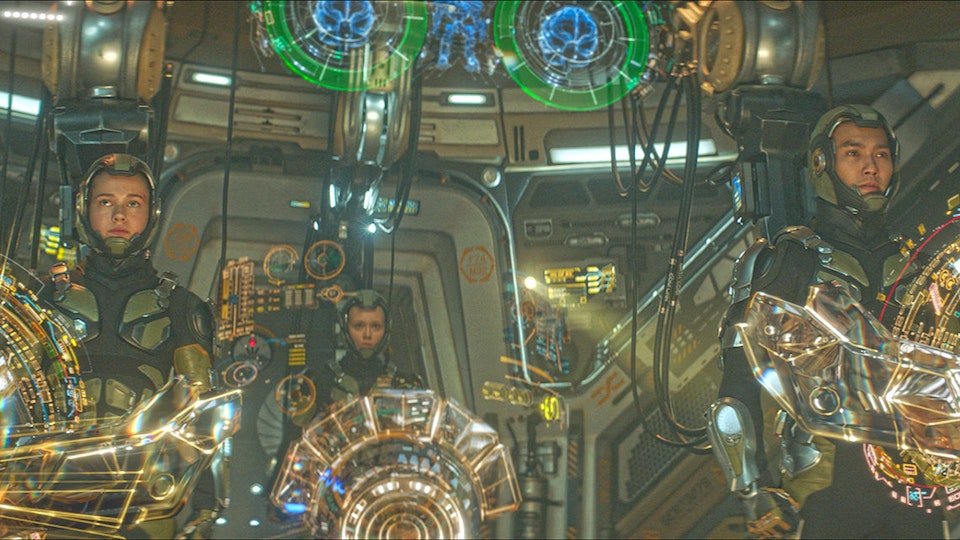 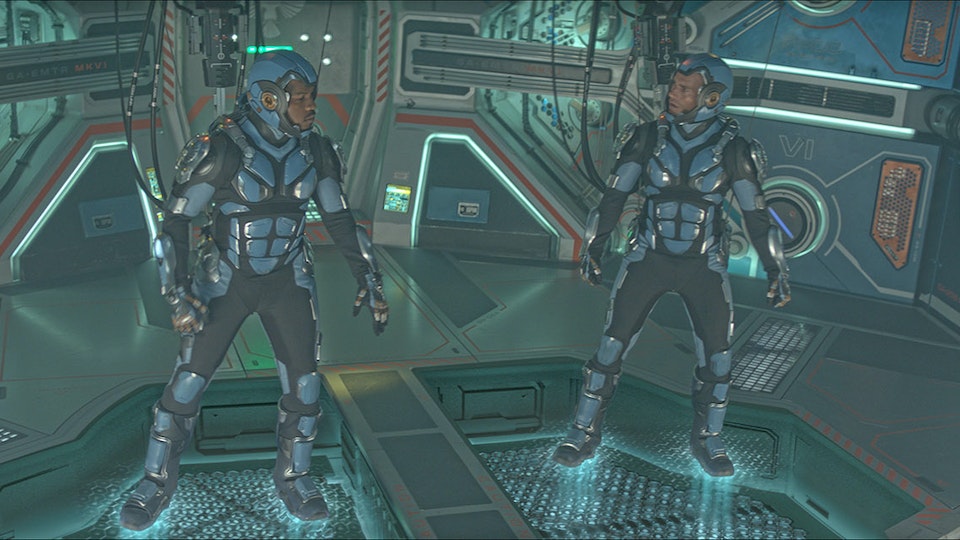 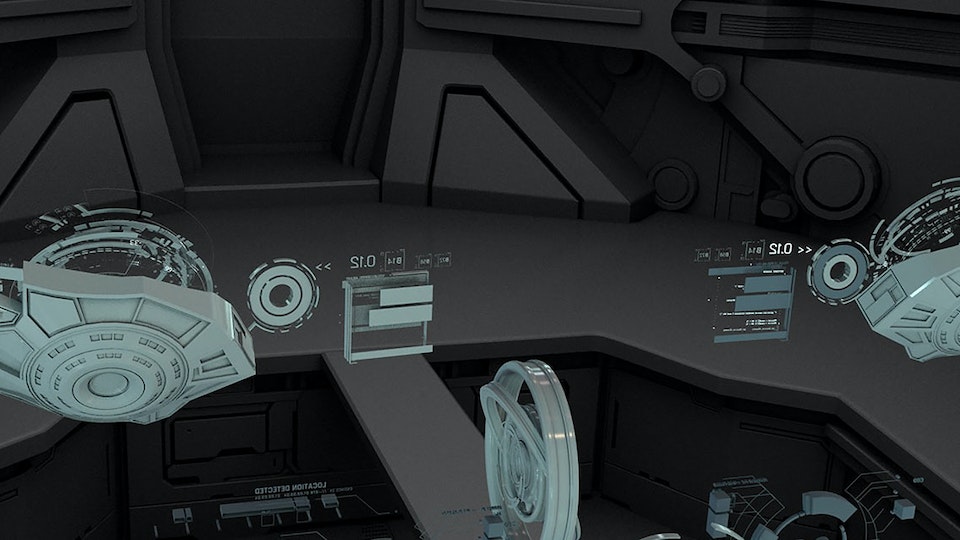 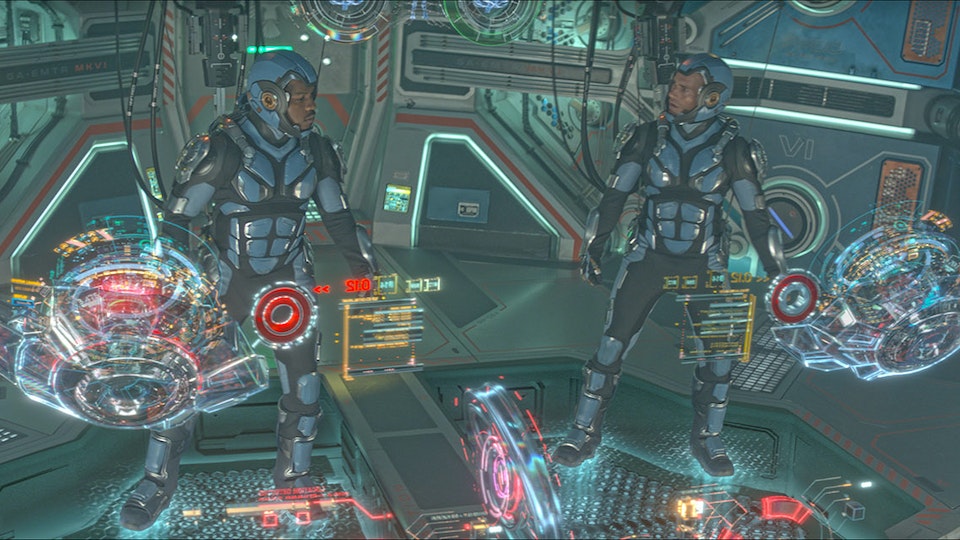 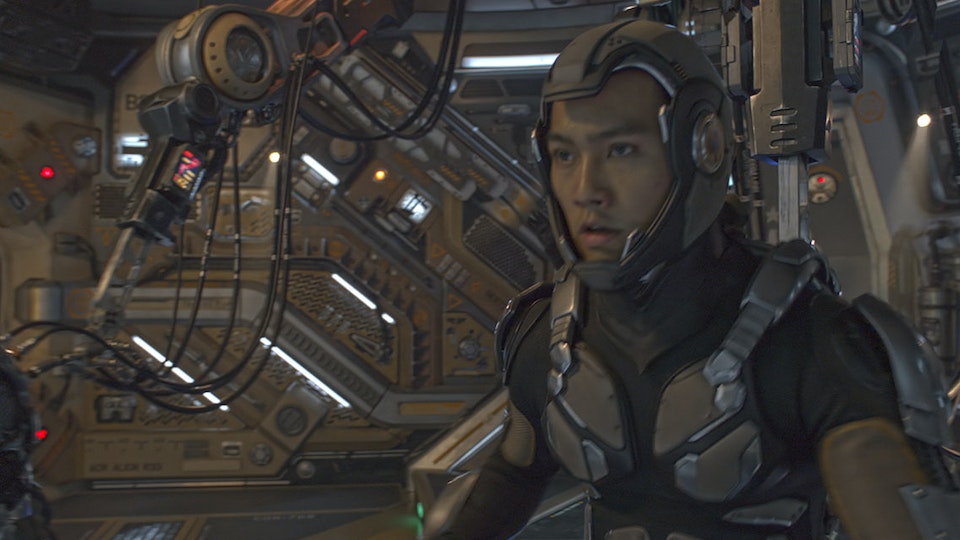 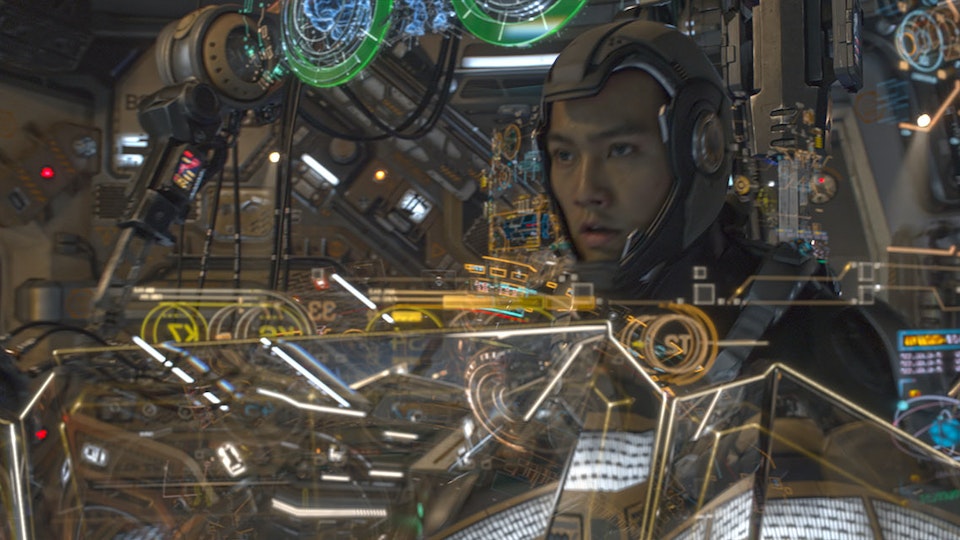 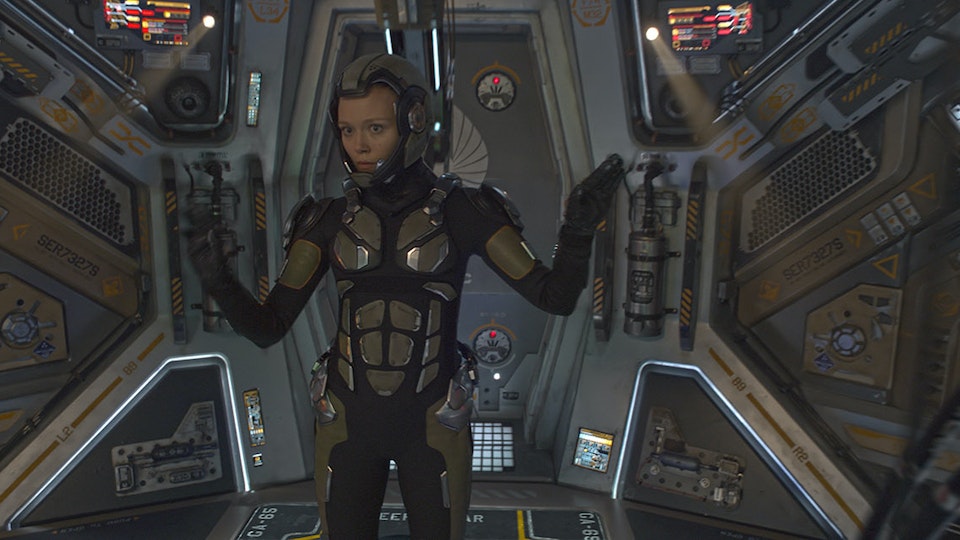 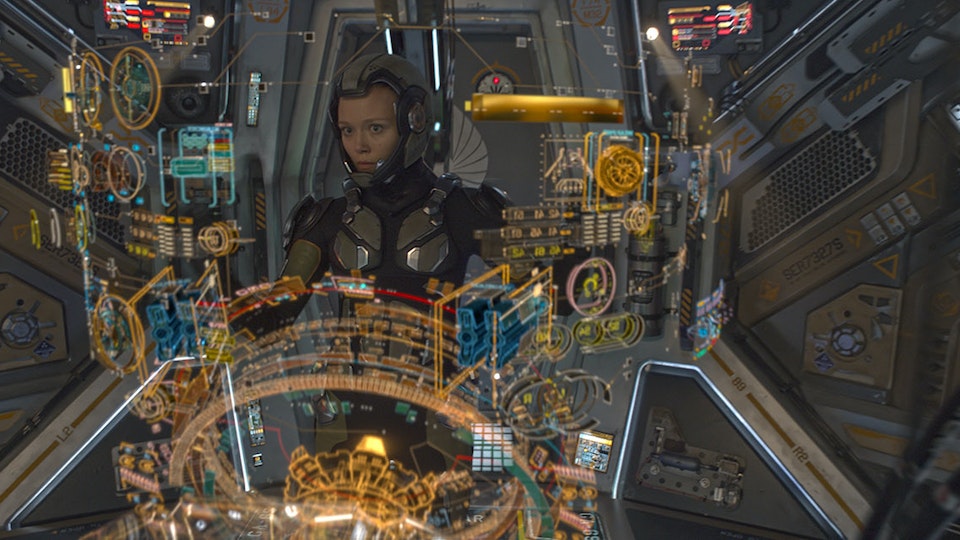 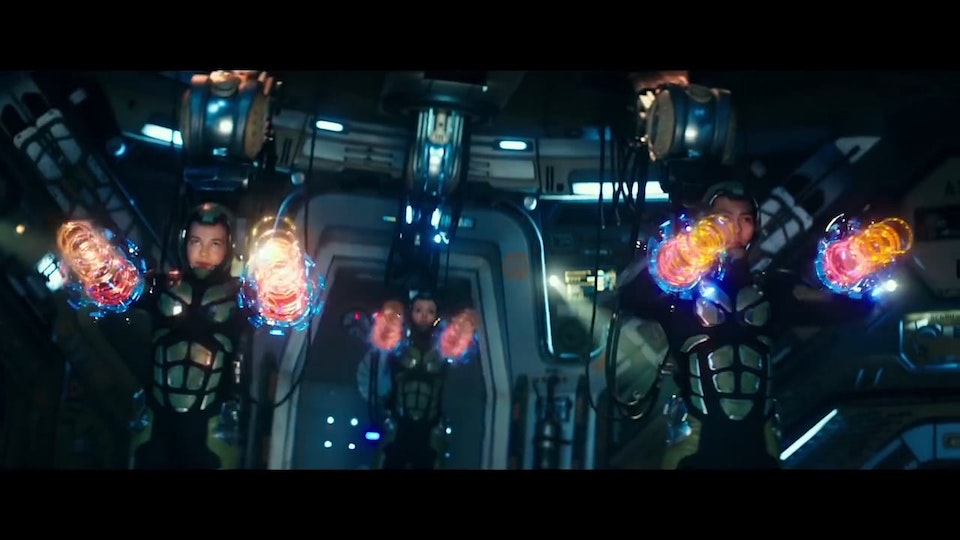 Working closely with DNeg, Territory Studio delivered more than 200 shots for the sequel. After getting the brief from overall VFX Supervisor Peter Chiang and under the supervision of Peter Bebb, Dneg VFX Supervisor, we have been tasked to create and design the holographic control surfaces for the four hero Jaegers.

After the exploratory phase we moved onto shot production. I worked closely with Genevieve McMahon, the visual effects producer on the project, ensuring that we have the crew, the schedule and the budget in place, the pipeline was beefed up and the comp team was expanded under the supervision of Jason Halverson, the comp supervisor on the project. The team designed, modelled and shaded numerous holographic assets, and after the look development stage laid out, animated and rendered the shots.

Alongside the hero jaeger controls we have designed and animated various holographic tables, monitors and displays.